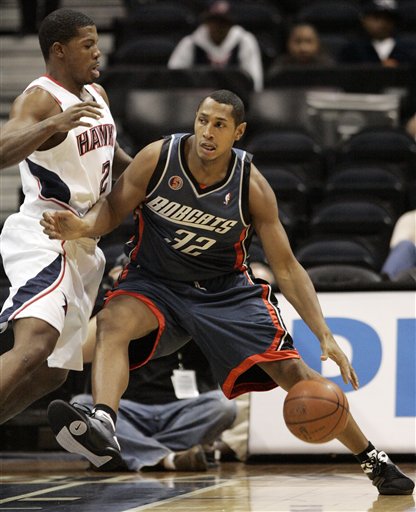 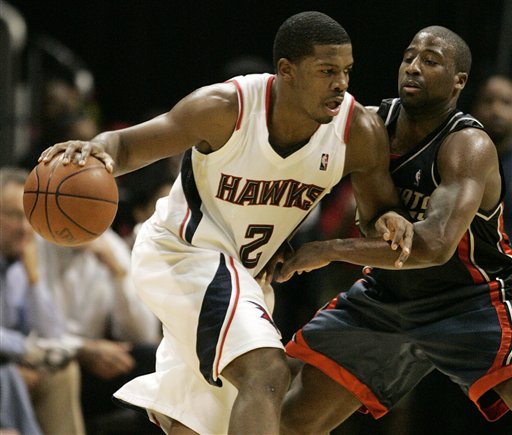 2) This was a “typical” road loss in that the Cats actually played pretty well through three quarters, even holding an eight point lead (65-57) late in the third quarter, only to fold like a Trapper Keeper down the stretch.  You can do the math: from that point late in the third, the Hawks outscored us 26-14.

The problem continues to be that most competent NBA teams have an extra gear they can shift into on both sides of the ball in crunch time.  They clamp down on defense, and suddenly we can barely find a decent shot, much less hit it.  They go to their go-to guys on offense, and we can’t stop them.

In this case, it was a little bit of Al Horford and Josh Smith, and a lot of Joe Johnson making the difference down the stretch for the Hawks.  Check out the fourth quarter play-by-play if you want to get depressed: the Bobcats had 6 shots blocked, missed 2 layups and 3 other shots in the paint, and 1 free throw.  Good grief…

3) For the first three quarters, Boris Diaw looked like The Solution at PF for the Bobcats.  He was aggressive on offense and kept Josh Smith pretty quite on the other end.  However, late in the game he was one of the guys shrinking under the Hawks defensive pressure.  Overall, he still had his best game of the season (statistically, at least — I’m not saying I watched all of his games with Phoenix this year) and led the Bobcats with 25 points on 11-23 FGs.  However, he only added 3 rebounds and 3 assists.  And I’m not sure what it says about the Bobcats prospects for the rest of the season that Boris Diaw led the team with 23 field goal attempts in just his second game with the team.

4) Gerald Wallace had a pretty quiet game with 11 points and 10 rebounds.  Just as he had done on Saturday night, Larry Brown pulled Crash from the game with a few minutes left and the Bobcats still within spitting distance (this time down 9 with 3:45 left).  And just as I was on Saturday, I’m at a loss for an explanation.  The conspiracy theorist in me wonders if LB is preparing the team for playing without Wallace in crucial times; as in, the Gerald Wallace trade none of us want is indeed coming.

6) It’s pretty amazing to consider the divergent paths that these two franchises have taken in the past 10 months or so.  Midway through last season, both teams featured fringe stars at the 2 (Jason Richardson/Joe Johnson), athletic combo forwards (Gerald Wallace/Josh Smith) and promising young, undersized centers (Emeka Okafor/Al Horford).  Both teams were young, had major depth issues, and had been largely disappointing.  Both teams had embattled, unproven coaches (Sam Vincent/Mike Woodson) and front offices that were the laughing stocks of the league.

But the Hawks had a few more wins and thus a more realistic shot at sneaking into the playoffs in the East.  They made a bold move in trading for Mike Bibby; though they only had to give up spare change to get him, they took back his big contract and all the question marks about his health.  They snuck into the playoffs as the #8 seed, then surprisingly came together to give the eventual champion Celtics a real scare in the first round before succumbing in Game 7.

But the Hawks then seemed to waste the goodwill they had earned with their hot finish by losing top reserve Josh Childress to Olympiacos.  Further, they made the questionable decision of standing pat with coach Mike Woodson while re-signing the immature and mercurial Josh Smith — who go together like oil and water.

Meanwhile, the Bobcats had limped to the finish line and quickly fired coach Sam Vincent.  However, they created some excitement by bringing on Larry Brown and making the surprise draft pick of DJ Augustin.  We also had the returns of Sean May and Adam Morrison to look forward to.

But we’re now a quarter way through the ’08-’09 season, and it’s clear that the Bobcats are going nowhere but back to the lottery.  We’ve already traded one of our top players this season.  Another significant trade seems likely to follow, and our long term salary cap situation looks miserable.

To contrast, the Hawks seem to be cementing themselves as a lock for the playoffs in the East.  Joe Johnson will be an All-Star.  You’re not hearing any grumblings about the Hawks’ chemistry, and they’re not locked into any bad long-term contracts.

Divergent enough for ya?