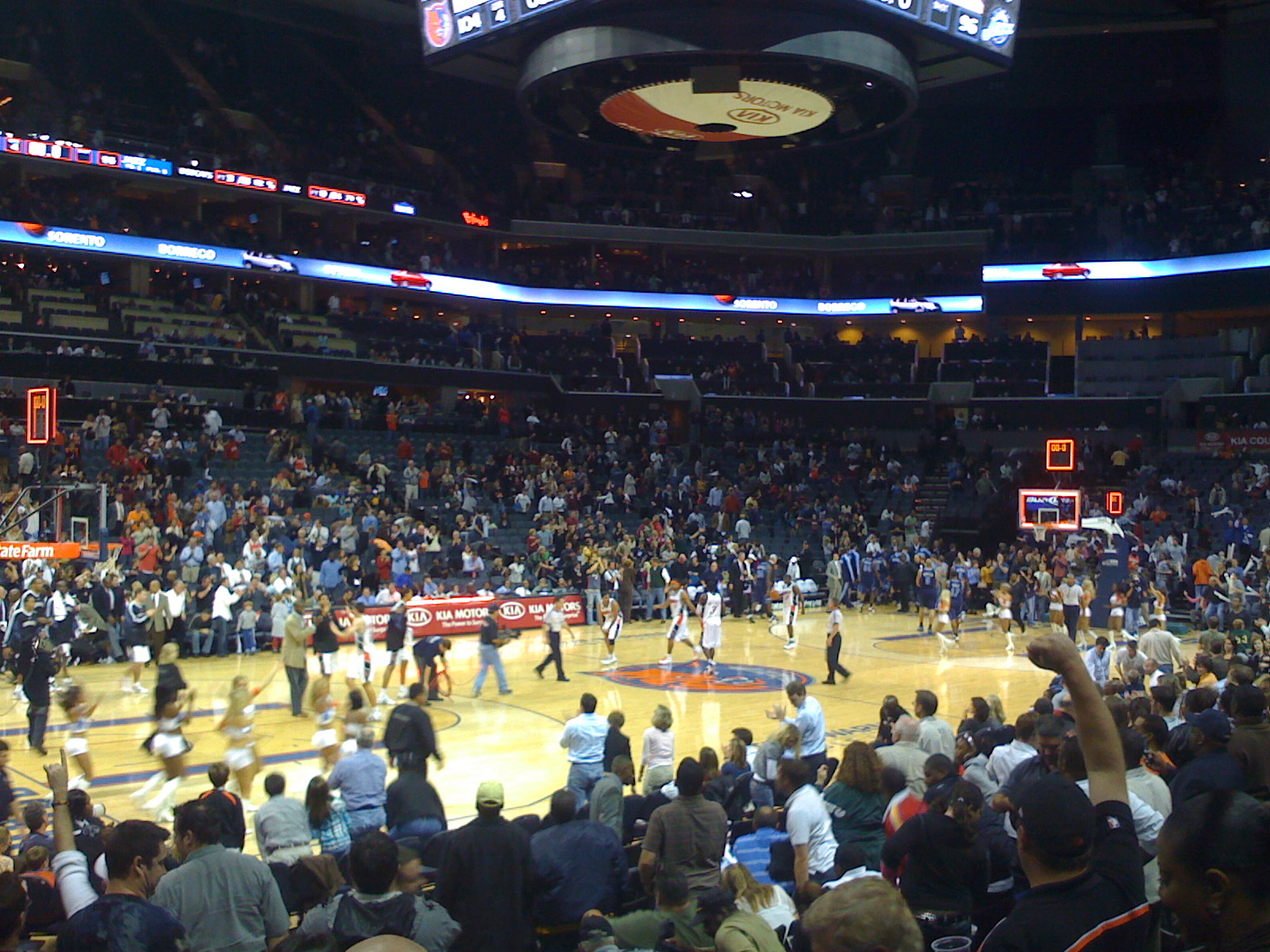 1. Victory!  104-96 over the visiting Jazz.  AP story here, box score here.   I took a few quick iPhone snaps tonight, as opposed to ganking an AP photo.  Maybe I should stick to ganking the AP photos.

2. Thank goodness the Cats were able to pull out the win tonight.  The Jazz were without three of their top four players (Williams, Okur and Kirilenko), so to be unable to take care of business at home would have been pretty embarrassing.

3. As had been reported, Matt Carroll got the start in Jason Richardson’s place, but Adam Morrison was the major beneficiary, logging 24 minutes and getting 15 points (5-8 FG, 3-5 3PT) to lead the effort from the bench.  With a few more solid games like this, we’ll have to stop singling Adam out and just start expecting it from him (which would be nice, since he was the #3 pick and all).

Funny moment in the fourth quarter as Morrison had a breakaway off of a scramble for the ball.  Unfortunately, for a slow white guy in the NBA, “breakaway” can quickly become “get caught from behind and have your shit swatted in humiliating fashion.”  Accordingly, Adam looked absolutely terrified heading down the court before finally getting to the rim and doing one of those awkward “ohcrapIdidn’tjumphighenoughtodunkbetterjustlettheballgonow” moves.  It rolled around the rim precariously before finally falling in.  Sue Bird probably would have finished stronger.

4. Felton and Wallace were the other leaders tonight, with 23 and 22 points respectively.  Combined, they shot 20-24 from the free throw line on the night, with many of those coming down the stretch to seal the game.

5. Ryan Hollins, back from the dead tonight!  15 minutes, 5 points, 4 boards and 2 blocks.  Okafor was in foul trouble all night and never really got it in gear.

6. Speaking of the big guys, it’s nice to see LB saving Nazr Mohammed (DNP-CD again tonight) for our playoff run.  In all seriousness, I imagine that Nazr will be getting some run as soon as Ajinca hits the D-League.

7. Speaking of the big guys, again: Andre Brown looks more uncomfortable in a suit jacket than Sean May in a health food store.

8. Only bright spot for the Jazz tonight was Carlos Boozer, who went for 26 points and 15 rebounds and had an absolutely vicious dunk on Hollins in the closing minutes of the game.  Just not enough help around him.

9. Next game: Sunday afternoon at 5:30 at the Cable Box – hosting Dwight Howard and the Magic.

UPDATE: The dunk mentioned above in item #8 was actually Boozer on Gerald Wallace: