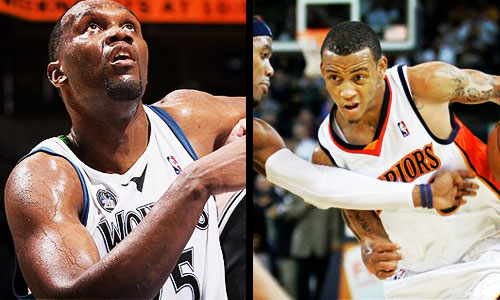 Despite their goofy ownership and front office, the T’Wolves have quite a lot going for them on the court these days.  They have 4-5 really solid players and 3 first rounders to play with heading into the draft (#6, #18, #28).
The problem is is that their best player (Jefferson) plays the same position as their best prospect (Kevin Love).  And since Minny will probably remedy their backcourt situation with the #6 pick (either a big PG to play with Foye or a SG) then Center is probably their next order of business.  Behind UCONN’s Hasheem Thabeet, there’s nobody in this draft who can step in and play right away so that brings us to our trade.

Next season the T’Wolves could trot out:

That still leaves them with Ryan Gomes, Corey Brewer, Rodney Carney, Craig Smith, Sheldon Williams (if the team picks up his option) AND whoever they take with the 12th and 28th picks on the bench.  Okafor doesn’t steal touches from Foye, Love or Miller and is a great compliment to Love in the paint.  Okafor also saves the Wolves a little bit of money down the road which Minny will need to re-sign both Foye and Love.

As for the Bobcats…well, let’s see here… 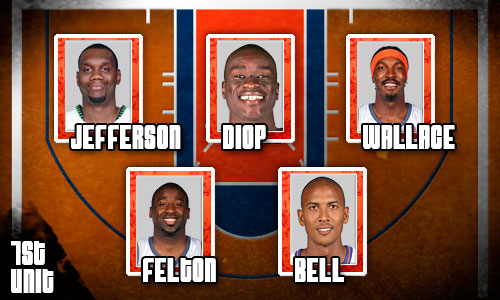 They’d be adding a 23ppg, 11rpg low post scorer to the starting 5.  Diop would step in and start at center.  With the 18th pick that the ‘Cats get from the T’Wolves, they could draft someone like, I don’t know, Louisville’s Terrence Williams and bring out a 2nd unit featuring:

If both Diaw and Augustin are coming off of your bench then I think you might just be a top 4 team in the East with this crew.  Imagine a small-ball lineup featuring a Jefferson/Diaw/Wallace frontcourt.  Wow.  And the best part is…no significant payroll would be added.
C’Mon MJ we need you to go out and school McHale one more time for us!!!  Get this deal done!

Bobcats sign & trade Raymond Felton along with the 12th pick to Golden State for Monta Ellis.

The above deal isn’t necessarily accurate because the ‘Cats could only do the sign & trade (I believe) after the July Free Agency period has started, so they would have to make the pick for the Warriors and pretend that they didn’t until the announcement.

Why do the Warriors make this deal?  Well, for one they need a real PG.  Bad.  There’s been some gossip recently about a Baron Davis return to GS but I’m not sure that’s makes a lot of sense seeing that B-Diddy is already on the wrong side of 30 and has a gargantuan contract that pays him an average of $13mil/year through 2013.  Plus Baron needs his shots and the Warriors have plenty of other players (Maggette, SJAX, Crawford and the other young guns) that need touches.  Felton is a pure point who could step in right away and lead the team.  He’s a solid guy with a great attitude on a team with some questionable character(s) and after signing a new deal he’d be roughly $4mil/season cheaper than Monta Ellis – a guy who clearly doesn’t want to even be there.

The Warriors could then take whomever they draft with the 12th selection and keep them or move the pick along with a plethora of other intriguing prospects for cap space or a higher-profile player.  The fact the Bobcats GM Rod Higgins is a former assistant GM with the team and has already struck one major deal with Golden State (2007 Draft day deal for Jason Richardson) could only help grease the wheels of the deal.

I think it’s pretty obvious that this deal would do wonders for the Bobcats. 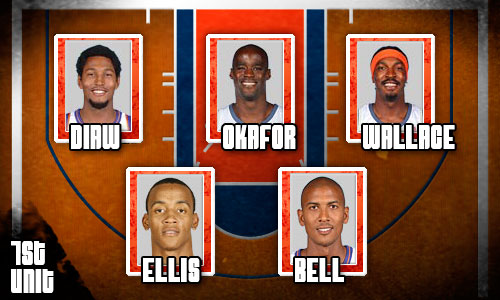 First off, the team gets a 20ppg scorer who can play both the point and the two.  Combined with DJ Augustin, the ‘Cats would have a nice three-man rotation in Ellis/Augustin/Raja Bell.

As with Iverson, I could see the offense running mostly through Boris Diaw when Ellis is in at point and then through Augustin once DJ checks in as the 6th man.

The ‘Cats would still have to find another capable SG as a replacement for Bell when he misses his yearly 10-15 games and maybe would have to cross their fingers a bit with Sean May as their backup PF but the core 8-man rotation (including Radmanovic and Gana Diop) would be quality enough to put them at least in the top 6 in the East.

8 thoughts on “2 Ways to the Playoffs without A.I.”