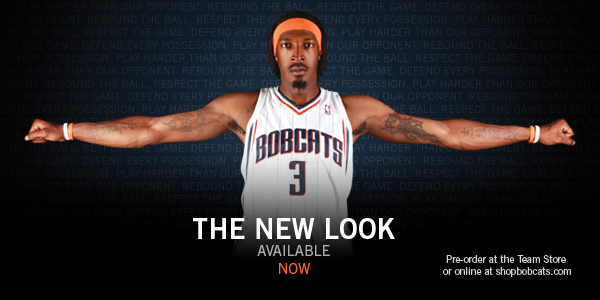 The Charlotte Bobcats released their new uniforms today that we already knew about. They’re pretty sweet even though they look like the Orlando Magic jerseys. You can get your very own for $65 at the Bobcats’ Yahoo store but be sure and get one that belongs to a player that’s not getting traded by December.

The new threads were released via a media blitz which included some overly-dramatic marketing copy:

The new Bobcats uniform is here, officially bringing basketball’s past and present together in one new look.

So there you have it. Juxtaposition has happened. History was made.