The Bobcats Need New Ownership with Direction, Not “Hope” 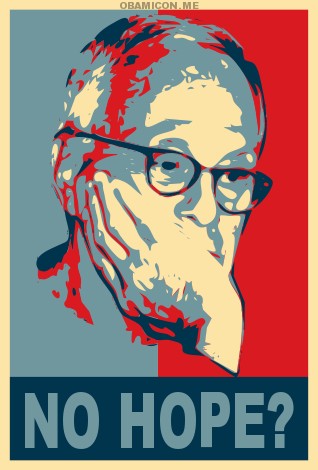 The Charlotte Observer’s Rick Bonnell returned back from his forced two week sabatical a few days ago and posted one of his strangest blog entries that I’ve read to date.

After spinning the Okafor/Chandler deal and getting us caught up on the (less than imperative) Raymond Felton situation, he moves on to the “Team For Sale” issue and throws in this nugget:

The day Brown leaves is the day hope dies, and the Bobcats don’t have much hope to waste.

Rick.  Please.  This is just wrong.

Rick, I politely disagree with you.  Hope is abundant for Charlotte NBA fans.  Everyday that passes is one less with Robert Johnson and that’s plenty hope enough.