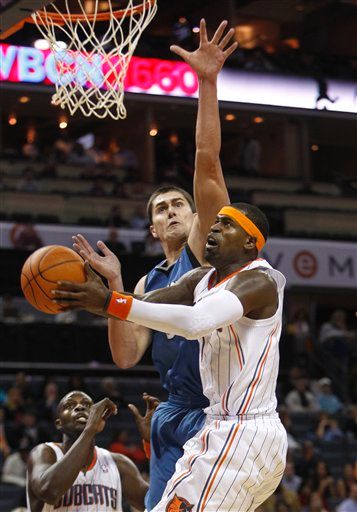 It wasn’t pretty, but the Bobcats finally notched their first home victory on Monday night over the Minnesota Timberwolves, 113-110.  The Cats were in control with an 8 point lead late in the third quarter before stagnating and falling behind by as many as 9 halfway through the fourth.

But the Cats finished the game on an 11-3 run to rally for the win.  The deciding stretch started with just under two minutes left with clutch threes from Stephen Jackson and DJ Augustin, continued with ratcheted-up defensive intensity and huge steals by Jack and Tyrus Thomas, and ended with some Gerald Wallace free throws.