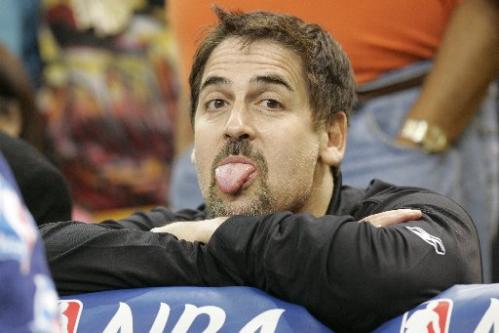 The Bobcats dropped their season opener in Dallas 101-86.  After a miserable start (the Mavs scored the first 16 points of the game), the Cats fought back to take the lead briefly in the 2nd quarter.  But Dirk Nowitzki (game high 28 points on 11-13 FG) and Jason Kidd (18 assists) dominated the third quarter, putting the game out of reach.

Unfortunately, I can’t say that I was particularly impressed by anyone’s play for the Bobcats save for Tyrus Thomas, who led the Cats with 22 points.  The Cats were particularly bad with Nazr Mohammed on the floor.  DJ was unassertive and unimpressive (2-10 FG).  Jack had a quiet game.  Gerald Wallace had a good start, but faded late and eventually sat down with what looked like a calf cramp.

Hopefully we’ll look back on this game in a few weeks and remember it as just another example of how Dirk and the Mavs have the Bobcats’ number.  But the pessimist in me saw signs that some of the well-publicized concerns about this team are also well-founded, particularly that the point guard and center positions are weak.