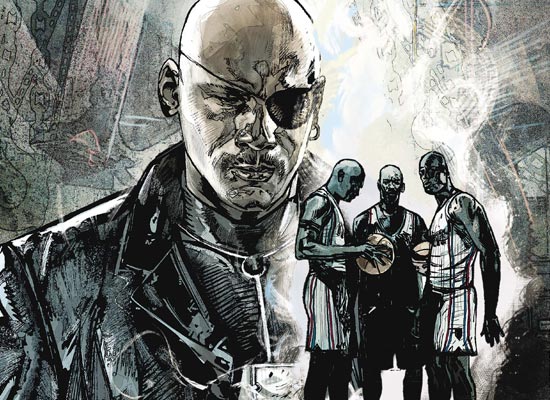 If you didn’t know by now, ESPN The Magazine teamed up with a sister company (under the ABC/Disney mega-corp) to create some very cool and geeky comic book style superhero illustrations for the publication’s NBA Season Preview. There are some pretty interesting takes on the concept of blending fantastical heroes of the Marvel universe with the on-court superstars of the NBA.

Of course, our first impulse was to check out the Bobcats “cover” treatment. It’s interesting to see Air Jordan as the centerpiece, imagined as second-tier Marvel hero Nick Fury (played by Samuel L. Jackson in the Iron Man movies). While I’d like to see Gerald or Jack sketched into some turbo-intense action, it’s probably safe to say that Jordan is the most recognizable and influential figure of the organization. 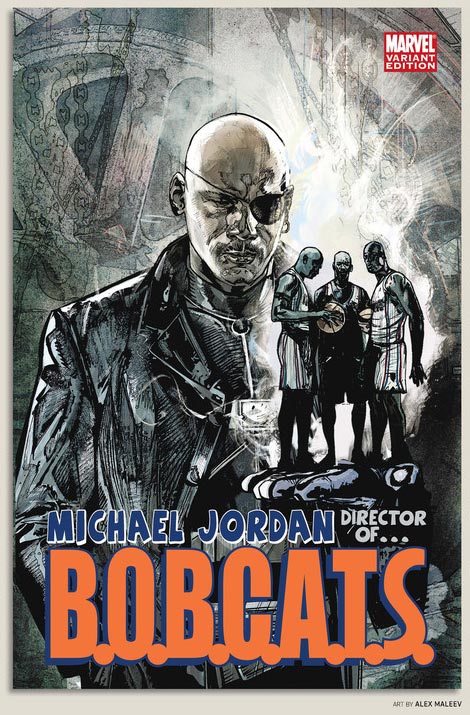 You can take a look at a preview of all the team covers here. I think the Bulls, Thunder, Rockets and Nets are pretty sweet ideas. The Cavs concept is just too true.

If you’re bored of staring at your computer, you can grab the newest issue of ESPN The Magazine, featuring this NBA Geekfest on your newstands this weekend.

2 thoughts on “The Bobcats Superhero Treatment”