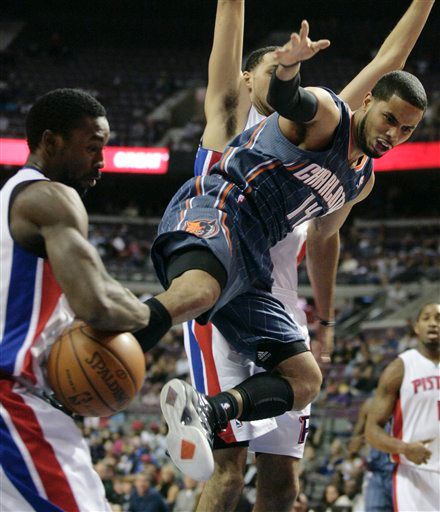 One of the 22 turnovers, courtesy AP/Duane Burleson

The Charlotte Bobcats fell on the road to the Pistons, 97-90, on Friday night to drop to 1-4.  Only a few games into the season and it seems like we’re already beating a dead horse: turnovers.  The Bobcats had 22 of them (compared to the Pistons 12) which completely negated their 55% to 43% shooting advantage.