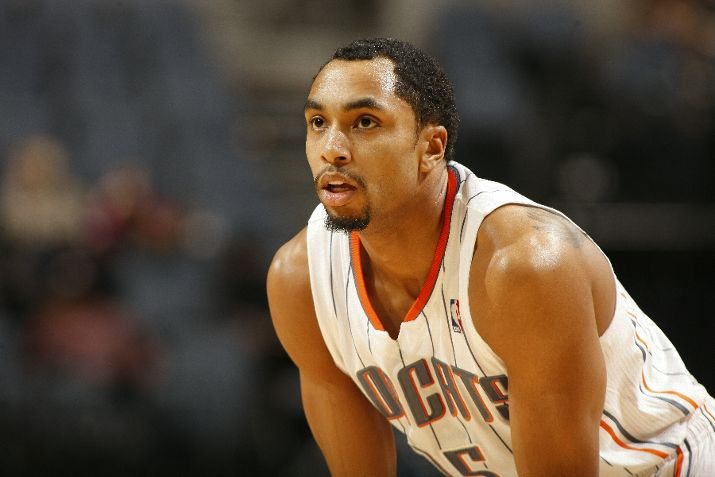 One of the primary knocks against the Charlotte Bobcats has been the lack of young talent on the roster.  The Bobcats draft history is littered with busts that will not be rehashed again here.  The lack of success in the draft has forced the Cats to rely on trading for players with considerable baggage (Stephen Jackson, Tyrus Thomas) and signing third tier free agents (Kwame Brown, Dominic McGuire).

But since the coaching change from Larry Brown to Paul Silas, Charlotte’s recent drafts are looking a little better.  The improvement of DJ Augustin immediately after the arrival of Silas was well noted (though DJ has slumped recently as opponents have adjusted and he’s dealt with a wrist injury). But an even newer development has been the emergence of Gerald Henderson, the 12th pick in the 2009 draft.

Henderson played little his rookie year and showed little when he did.  But if you looked hard enough, you could see some strengths: driving/slashing/finishing and defense, both on-ball on the perimeter and help from the weakside.

This season, Henderson was on a roller coaster for the 28 games that Larry Brown coached — he played regularly to start the season, but then found himself in Brown’s doghouse and didn’t get off the bench for 14 straight games from mid-November to mid-December.  Henderson did make his way back into the rotation for a few games during Brown’s last days in December.

Here are Henderson’s per game numbers and shooting percentages for the 14 games he did play in under Brown this season:

Nothing worth writing about, but again there were flashes of his strengths with no team-killing weaknesses to speak of, which made it all the more frustrating that he was in the doghouse instead of on the court getting the “royal jelly”.

At the All-Star break, Paul Silas has now coached 28 games and has played Gerald Henderson in all 28.  Henderson has been increasingly productive over this time.  Let’s break up those games into three chunks and look at the trends (unfortunately, 28 is not evenly divisible by three, so I’m splitting it into the first 10, second 9 and third 9 games).

Second 9 games — Henderson increasingly becomes a legitimate option on the offensive end.  He goes from averaging 6 shots per game to just under 8 and maintains his field goal percentage.

Last 9 games (which conveniently coincides with February, meaning I didn’t have to tally these numbers myself, thanks to Basketball-Reference.com’s monthly splits) — the whole reason for this article.

In the 9 games thus far in February, Gerald Henderson has increased his shooting to 51.5% from the field and 78.0% from the free throw line.  He’s  averaging 11.4 points per game, which projects to 17.5 points per 36 minutes.  With DJ Augustin slumping, Stephen Jackson frequently more engaged with the refs than with the opponent, and Boris Diaw fading in and out of relevance as he is wont to do, there have been nights when it’s felt like Henderson’s been the second best offensive option.

Henderson’s offensive game is limited, but fairly polished, and certainly evolving.  His two greatest strengths are his mid-range jumper and his driving/slashing ability.  He readily hits the mid-range jumper curling off of down screens, but also strokes it nicely off the dribble moving to his right. Here are some great examples from the January 20th win over the 76ers that Henderson played a huge role in:

Henderson is also blessed with a quick first step to his right (ask Kobe Bryant, who was victimized a couple times in the Bobcats recent win over the Lakers) and above-average leaping ability and strength once he gets to the rim.  He gets a fair amount of dunks and layups and trips to the free throw line.  Here’s an example (stick around for the Gerald Wallace alley-oop, too):

Henderson lacks range out the the three-point line, and doesn’t have much of an iso/one-on-one/post-up game — these are both areas that can be developed.  His ballhandling is OK for a 2-guard, but it’s not good enough that you’ll ever see him slide over to the point like some 2s can.

Defensively, Henderson is very good.  He’s quick with his feet and strong, making him an solid on-ball perimeter defender.  Here’s a great example from the January 18th win over the Bulls.  Watch the whole highlight package and note how many times Derrick Rose abuses DJ Augustin. With the Bulls down one with a chance to win at the end, Silas inserts Henderson in the game specifically to check Rose.  Watch Henderson hound Rose on the last play, forcing him out into taking a fading, off-balance, 22-footer that he misses.  Aren’t many people can do this to Derrick Rose:

And if you do get a half-step around Henderson, please remember the aforementioned leaping ability:

Maybe that doesn’t seem like much, but compare it to Stephen Jackson, starting and playing ahead of Henderson.  With Jack on the court, Bobcats opponents average 109.4 points per 100 possessions; with Jack OFF the court they average 100.0 points per 100 possessions.  Wrong direction for Jack. This particular statistic deserves more attention as the season goes on and the numbers are updated.

So, What Does This Mean?

As I’ve said many times in this space before, nothing is more important to a small-market/low-revenue franchise’s overall success than drafting well. Big market teams in desirable locations can afford to botch drafts, then save themselves with A-list free agent signings and forced trades (see: Miami Heat, New York Knicks, etc.).  But when a team like the Bobcats has a productive player on a rookie-scale contract, it’s something of an equalizer.  It gives you a fighting chance.  It also gives you flexibility.

As the trading deadline approaches, the Bobcats (currently one game out of the 8th playoff spot in the East) will undoubtedly be listening to proposals involving Gerald Wallace, Stephen Jackson, Boris Diaw, and possibly even Nazr Mohammed.  Contending teams like Dallas, Chicago, Boston and Los Angeles will be looking for a veteran piece to put them over the top in their championship drive.

From the Bobcats perspective, you have to look at those guys and ask:  Whose game is declining (especially if their contract is still inclining)?  Who’s not fitting in, either from an Xs-and-Os or a chemistry standpoint?  And, who has a backup that’s starting to push them for playing time?

Stephen Jackson is the answer to a lot of those questions (so is Boris Diaw, but that’s for another day).

Now in fairness, Jackson’s offense isn’t overtly declining, and it’s still vital for the Bobcats from and Xs-and-Os standpoint.  He’s a volume shooter with range to the three-point line, a good post-up/isolation game and a barely-still-there ability to attack the basket.  He’s also got the swagger to be the go-to guy for a team that otherwise doesn’t have one.

But Jackson’s defense is almost certainly on the decline (if it ever was very good, I’m not sure). Chemistry-wise, his preoccupation with the referees is a huge negative.  There aren’t any stats for this, and credit the rest of the Bobcats for not ever publicly throwing Jackson under the bus, but there’s no way it doesn’t affect the morale/chemistry of this team.

It also hurts from a sheer basketball perspective at times — not just when Jackson is ejected early in games as he has twice this season — but also when he doesn’t get back on defense 2-3 times per game because he’s engaged with a referee about a perceived missed call (which may be partially reflected in those team defensive statistics).  Likewise, that stuff undoubtedly affects how the referees officiate the rest of the team to a (hopefully) limited extent.

And most importantly, Gerald Henderson’s play has improved to the point that he’s no longer just a valid reserve who deserves some time because he was highly drafted — he’s legitimately contributing to this team’s recent strong play and is beginning to push Stephen Jackson for playing time.  To not notice or act on this nascent trend while there may be an opportunity to trade Jackson and the two more years and $20 million left on his contract would be a significant misstep for the Bobcats.

And yes, I fully agree that trading Jackson and his offense might be a nail in the coffin for the Bobcats’ playoff chances this season.  But there are already a few nails in that coffin (Hollinger’s playoff odds gives the Cats only a 28% chance of making it in anyways) and the trade would be more about the future.

Besides, are two home playoff dates in the course of a sweep by Boston or Miami this spring really worth that much anyways?  And if they are, who’s to say that the Bobcats wouldn’t have just as good a shot with some further improvement from Henderson and whatever the trade might bring back?

Henderson’s recent emergence behooves us to consider this.

9 thoughts on “The Emergence of Gerald Henderson”