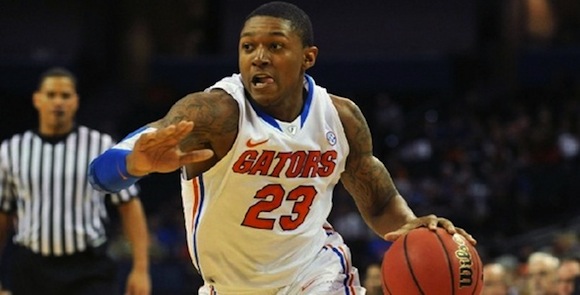 Last week we built out the Charlotte Bobcats ’12-’13 roster post-Thomas Robinson, this time we’ll take a look at what Rich Cho, Rod Higgins and new head coach Mike Dunlap will need to do if they go a different route.

The Scoreboard Decides the Game

Dunlap insists the Cats will be more aggressive on offense, converting easy baskets while doing their best to minimize those same shots on defense. That’s wonderful news and I’m certain that eventually the hustle plays will cut down the team’s dreadful -13.9 point differential and maybe even swing a few close games their way. In the meantime, the Cats can buy themselves a little breathing room by employing players who can increase the team’s offensive output the old fashioned way: Scoring the Damn Ball.

Bradley Beal has been compared to Eric Gordon, Ray Allen and Dwayne Wade: not only good company but rare company. There just aren’t many big-time scorers in the game. Beal instantly becomes Charlotte’s number one offensive option and most feared shooter. Concern over his 6’4″ height or with how Beal affects Gerald Henderson’s role with the team are mitigated by Beal’s ability to play both guard positions. The team’s guard rotation of Augustin, Henderson, Walker and Beal becomes one of the league’s best young backcourts.

With the backcourt set, Charlotte will need to address depth at both the 3 and the 4 spots.

SF: Drafting Beal gives Dunlap the option to go small with Henderson playing on the far wing. He’ll need to get comfortable there because incumbant and veteran placeholder Corey Maggette is a near lock to miss a dozen or so games due to injury. Derrick Brown is a replacement level backup as well as a free agent and may not be invited back.

PF: This is why everyone’s reading Thomas Robinson as the pick. Once you pencil in Bismack Biyombo as a full-time center, the Cats collection of power forwards looks downright ugly. D.J. White is a fine backup with a nice 18 foot jumper but doesn’t defend all that well and has no post game. Tyrus Thomas? Who knows what you’re gonna get with the guy. He could end up averaging a double-double or be out of the league entirely by season’s end – how often can you say that about a six year veteran?

Again, I’m optimistic the team will get a call from Antawn Jamison’s agent come July and he’d certainly bring a much needed dose of professionalism and experience to a young team. I’m also convinced that Cho will try and trade up from the 31st pick to nab another frontcourt prospect, especially if they go Beal early. Jared Sullinger, Quincy Miller or Moe Harkless might be worth the move up.

Make the moves above and you enter camp with:

World Beaters? No, but a much more competitive lineup than last season especially given the boost in fire power. These Bobcats push to win 30 games, enter next year’s offseason with two 1st rounders, upwards of $30 million in cap space and lots of teal and purple (but that’s another story for another day).

NEXT UP: So You’re Going to Draft Harrison Barnes

7 thoughts on “So You’re Going to Draft Bradley Beal”