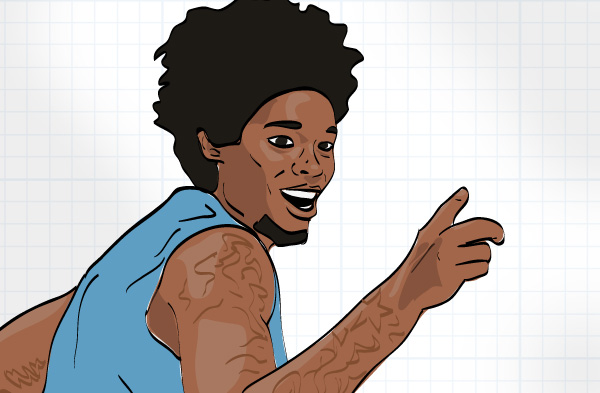 There are way too many questions about the crop of players in this year’s NBA Draft. All of these lottery guys are so young, and rather unspectacular, that it’s a mystery who the Cleveland Cavaliers will take with the First Pick. Every single team will try to maximize what they can get out of their respective selections, but the experts claim that there are no future All-Stars available this year. Some clubs are actively looking to make trades, while others are praying that they’ll find the next savior of their franchise. Bobcats fans certainly know what it’s like to watch their team go digging for treasure in June. Now, once again, MJ and his pals are trying to uncover a prospect that’ll finally resurrect the passion of Charlotte’s basketball fans and remind them of that winning feeling.

So, who are the Charlotte Bobcats going to select? Really, how does any club make a determination between the value of Alex Len, Nerlens Noel, Anthony Bennett, or Victor Oladipo this year? None of the top prospects really seem to separate themselves from the pack. So, let’s cut through all of the smokescreens used by the lamestream sports media and get down to the real gem in the 2013 NBA Draft. You won’t hear the bros on ESPN, or sports-barking radio talk about this guy, but you better brace yourself because this is The Lucas Nogueira Draft!

There’s only one sure thing coming out of the 2013 NBA Draft – and that’s Nogueira! Most Americans don’t yet know of him, but the Brazilian baller has been exploding in the Spanish league and measures in at 7′ with a 7’6″ wingspan. Actually, we’ll all become familiar with him for his domination of the game of basketball and his marketable, soon to be a household nickname, Bebe.

Let’s be honest, there will be a ton of teams over-thinking this year’s Draft and passing on Bebe. But, I guarantee that they’ll regret it. Just as we all knew Bismack Biyombo (#biznation) would be the most amazing player of the 2011 Draft, this year we’ll all get an introduction to the phenomenon that is Lucas Nogueira.

Although it’s not yet known if Bebe can dribble a basketball, his highlights certainly showcase his invaluable abilities – throwing it down and blocking shots. I know some folks say that’s what Nerlens Noel does, but let’s face the facts – Bebe weighs at least 10 more pounds and has two healthy ACLs. But, it’s ridiculous to even put Nerlens and Lucas in the same conversation. Noel might find a jersey on a pro team somewhere, but Thursday’s big ceremony has only one real purpose – the first chapter of Bebe’s Hall of Fame career.

Just like Tim Duncan caught Lebron James after the Finals in 2007 and told him that the league would one day be his to rule, James must pass the torch to Nogueira. Surely, in just a few years, Lebron will no longer be able to deny that he has become obsolete after witnessing Bebe seize back-to-back Championships over the battered bodies of his super-friends. Resistance to Lucas is futile.

If Charlotte’s GM Rich Cho is bright enough to claim Bebe on Thursday, we’ll see the makings of the NBA’s next super team. It’s going to be impossible for Kevin Durant to pass up the chance to join Bebe and Biz down in “Buzz City”. Certainly, this is the kind of guy that Cho stays up all night insisting they’ll discover if they just work hard enough.  Over time, the selection of Nogueira will make everyone forget about all of the mistakes of Charlotte’s past drafts.

To all the GMs out their reading Bobcats Baseline (yep, all of them) – Pass on Bebe at your own risk. He’ll carry that grudge onto the court throughout the next decade of domination and throw it your face during his Hall of Fame speech. You’ve been warned.

POLL : What to Do with the 4th Draft Pick?

2 thoughts on “Bobcats Should Bring on Bebe”