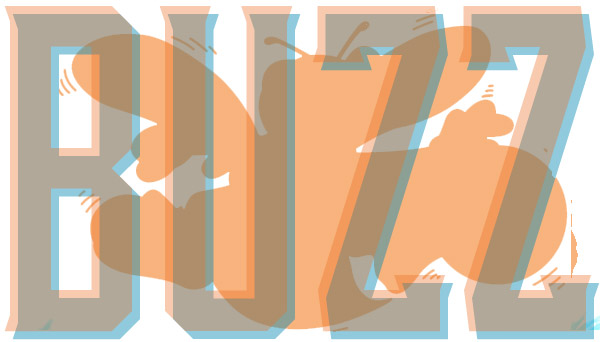 To Tank or Not to Tank

Unbelievable. The Charlotte Bobcats organization actually made a great decision. As first reported Friday evening by CBS Sports, the Queen City’s original (and best) NBA team monikor is coming back home, likely beginning in November of 2014. Great news but if the franchise has to wait eighteen months for the teal & purple, what on earth is their on-court game plan between now and then? Here’s the dilemma:

Remember when Miami won 27 games in a row earlier this season? The Bobcats have won just 28 games OVER THE PAST TWO SEASONS COMBINED. As if their early history wasn’t terrible enough, the Cats have cemented their status as a national joke since launching OPERATION TANK twenty-four months ago. The franchise can’t afford to begin the Hornets Era as a re-skinned farce in new duds. Credibility must be nurtured and harvested before Super Hugo dunks from his first trampoline.

Simultaneously, no Draft since 2008 has featured a bigger potential superstar than 2014’s top prospect, Andrew Wiggins. Do you bet the franchise on bottoming out for a third consecutive season in the slim hopes that Lottery ping pong balls bounce in your favor? Or, do you use this offseason’s cap space, draft pick and coaching search to further upgrade your roster, disregarding Lottery odds in order to build excitement through actual wins and player development?

No mistake, Andrew Wiggins is going to be very good, perhaps awesome. He’s been compared to a young Tracy McGrady and for those who don’t remember, young T-Mac was a stud. But here’s the problem: there is absolutely ZERO guarantee, no matter how many games you throw, you’ll be able to get him.

Since 1985, only FOUR times has the league’s worst team won the Lottery. That’s four times in twenty seven years. The FIFTH WORST team has actually had more luck, winning it five times. Betting your franchise’s future on the Draft Lottery is just slightly less irresponsible than betting your personal financial future on the Powerball.

Worse yet, if the team tanks and doesn’t wind up winning a Top 3 Pick, they’ve essentially sacrificed an entire season — in which they could further develop players and nurture local fans — for the measley reward of drafting Marcus Smart or Aaron Gordon. Note to pro-tankers, this scenario is by far the most likely given the Lottery’s odds.

In fact, this type of scenario is the very the reason Commissioner Stern implemented the Lottery system to begin with. Franchises should be forced to remain competitive because it turns out that you can royally piss off a fanbase by purposefully trying to lose.

Finally, two outstanding articles on the Draft were published shortly after the Hornets news broke.

Take a few minutes to read each of these if you haven’t already. Then go back and scan our Draft Retrospective Part I (Part II will be published later this week). Notice a pattern here?

Perhaps four times in a decade, a ready-made NBA star enters the Draft. No amount of organizational dysfunction can prevent that player from achieving greatness. Lebron, Durant, MJ, Bird, Magic. But the vast majority of the time, it is the organization itself that must shape the talented clay into All-Stars and Superstars, especially now that most top picks are one-and-done 19 year olds. The Indiana Pacers enter the Eastern Conference Finals with not a single Top 5 pick on the roster. Paul George, D.J. Augustin and Tyler Hansbrough were late Lottery selections while Lance Stephenson, Roy Hibbert, Danny Granger, David West and George Hill all arrived in the NBA via the mid-first round or later.

Meanwhile, what have the Bobcats accomplished with their ten Lottery picks in nine years? At some point, after noticing the differences in all of the team’s “failed prospects”, you begin to realize that the one constant in all of this nonsense is the Bobcats organization itself.

In the great David Mamet stage and screenplay “Glengarry Glen Ross”, we are introduced to two primary types of salesmen. The Ed Harris/Jack Lemmon types, perpetually moaning about the quality of their sales leads – yearning for the day in which they’ll finally land those precious ripe prospects, the “Glengarry leads”. In contrast we have Al Pacino’s character, Ricky Roma, whose leads are no better than Harris’ or Lemmon’s but through shrewdness and skill, coasts to being the agency’s top rep month after month. When Alec Baldwin’s head honcho character arrives to deliver the Glengarry leads midway through the film, he teases Harris and Lemmon with this:

“These are the new leads. These are the Glengarry leads. And to you they’re gold, and you don’t get them. Why? Because to give them to you would be throwing them away. They’re for closers.”

The Bobcats have never been closers. The Hornets, for all of their mistakes, were. If Michael Jordan, Rod Higgins and Rich Cho want to truly turn this franchise around, they need to focus less on where they pick their Draft prospects and more on building an organization that can actually develop one.

6 thoughts on “Building the Bugs”