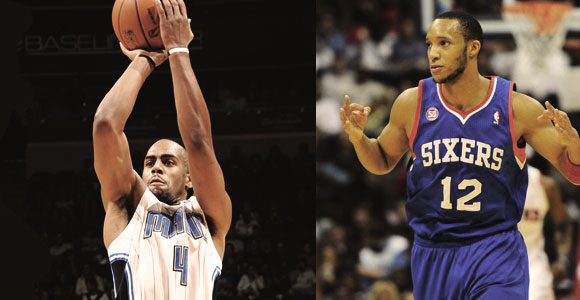 Editor’s Note: It’s been a while since the last Week In Review post and – given our contributors’ schedules and life commitments – we don’t anticipate them returning any time soon. We’ll post as often as we can. In the meantime, if you are an obsessed Bobcats/Hornets fan with thoughtful, unique perspectives and would like to share them on this site, hit us up on Twitter – @BaselineBuzz.

With only days to go before the league’s annual trade deadline, the Baseline breaks down a few plausible scenarios for the suddenly Playoff-determined Bobcats. We begin with…

We’ve been reading about the Bobcats’ interest in these two players for weeks. At first glance, the rumors are little confusing: While Brandon Bass makes sense as a pick ‘n pop backup PF, Evan Turner doesn’t remedy Charlotte’s spacing issues at the wing and the soon to be restricted free agent will likely get pricey once agent David Falk strongarms Cho & Co in negotiations over the summer. So why would Charlotte trade a late first round pick for him?

For one, even with his three point shooting woes, Turner represents a massive offensive upgrade over Michael Kidd-Gilchrist. While an overall poor distance shooter (28% for his career), Turner has traditionally shot well from the corners. This season he’s specifically shot well from the left one (12-29) and we all know who likes to camp out down on the left block. A combined 19-54 from both corners doesn’t sound like much until you compare him with the guy he’d likely be stealing minutes from.

MKG is a combined 1-9 from the corners over his one and a half NBA seasons. I triple checked those numbers just to make sure. One for nine. With a once in a generation low post scorer like Al Jefferson on the roster, it’s borderline irresponsible to play a non-distance threat like MKG alongside him – and by distance I’m not even talking three pointers. MKG is currently 20-59 on two pointers outside of the paint after going 59-202 (29%) during his rookie campaign. Turner’s 43% mark from long two’s (his average both this season and last) will make Al think he’s playing with Steph Curry by comparison. 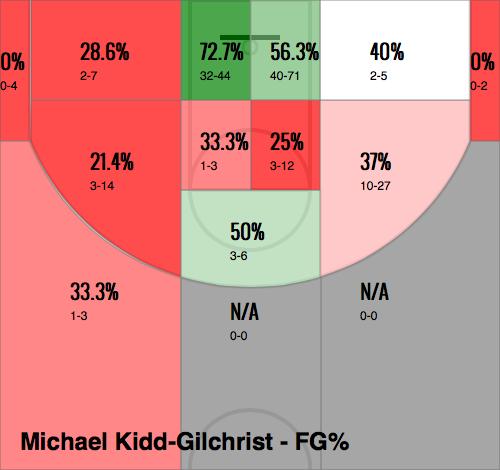 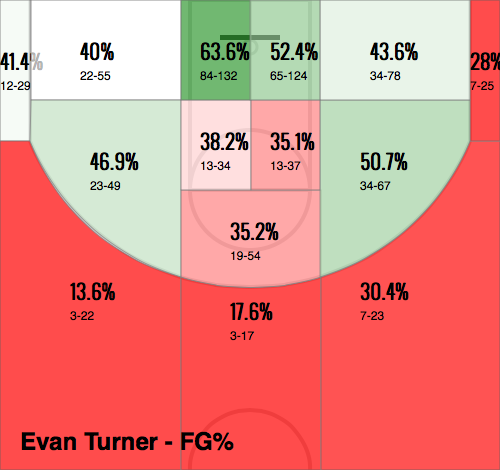 On the other side of the ball, Turner’s presence allows Coach Clifford to stay big at the wings when MKG or Gerald Henderson go to the bench. Clifford’s recent rotation has been to play both point guards, Kemba Walker and Ramon Sessions for the last chunk of the first and third quarters. Bringing Turner and Bass in for Henderson and McRoberts as a combined “Sixth Man” mid-way through the first allows Clifford to maintain the needed perimeter size to protect Big Al on defense while replacing McBob’s “point forward” abilities with Turner’s – who, until this season, had maintained an assist rate in the high teens.

Trading Gordon’s $13 million plus salary to the cap-rich Sixers allows Charlotte the added benefit of opening up around $6 million in additional salary space to take on money in a Biyombo for Bass swap. Bass makes roughly double what Biz is owed this season and the Cats would be buying that wiggle room as well as Turner’s services in exchange for Portland’s first rounder.

On the court, Bass would be an immediate upgrade over Cody Zeller – whose future is a lot brighter than his dreary present. Bass has logged campaigns as a burly rebounder and defender while playing under Stan Van Gundy in Orlando (on a staff that included both Clifford and Patrick Ewing). His defensive effort hasn’t been as consistent since but the Cats would be betting on Clifford reversing the trend. Offensively, Bass would nail all of those mid-range shots Cody is currently missing and further help stretch the floor once McRoberts checks out. 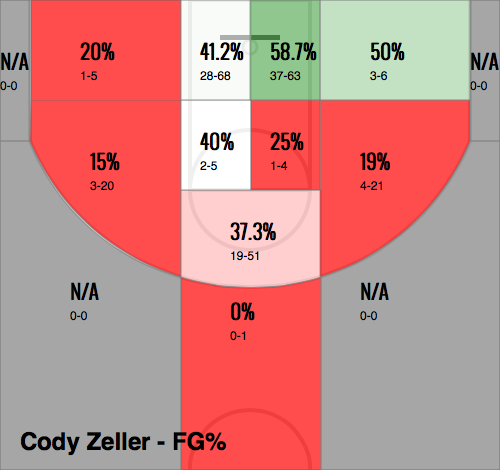 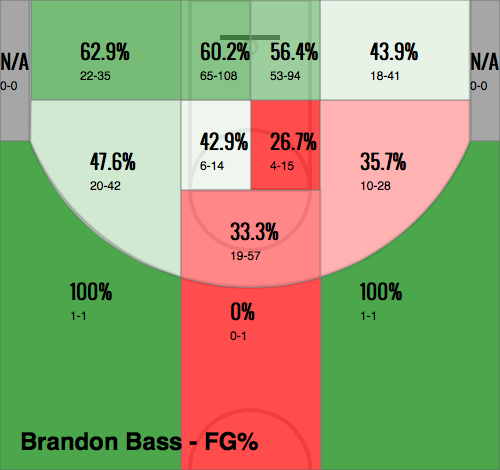 Long term, Bass is only signed for one more season and would provide a safety net should Josh exercise his player option and bolt for greener pastures in July. By the time Bass’s contract expires, either Cody will be ready to start or Charlotte could use the funds to go another direction entirely.

Trading Biyombo stings a bit. While he occasionally flashes potential, #biznation is still years away from putting it all together (if it ever happens at all). At $4 million next season, Biyombo is simply too pricey a project for a team already straddled with a similarly raw MKG and his $11 million over the next two seasons.

This is basically the same trade above with two major exceptions*:

1. The Detroit pick is MUCH more valuable than the Portland first. Should the Pistons fall into the Bottom Eight this June, they’d keep it and the pick rolls over to next season where it is only Top 2 protected. Given the state of the Pistons franchise, anything is possible. At the very least, Charlotte would be trading a young prospect like Gary Harris or Doug McDermott in this June’s Draft for the immediate upgrade of Afflalo.

2. The good news is that Afflalo is a tremendous three point shooting wing and potentially the PERFECT fit for this team. Arron has traditionally been a better wing defender than Turner and is a much better off the ball scorer. Afflalo probably should’ve been selected to the All-Star game ahead of Joe Johnson this year but the Magic’s lousy record kept him out. Also his contract runs for another season, so no need for immediate negotiations over the summer. 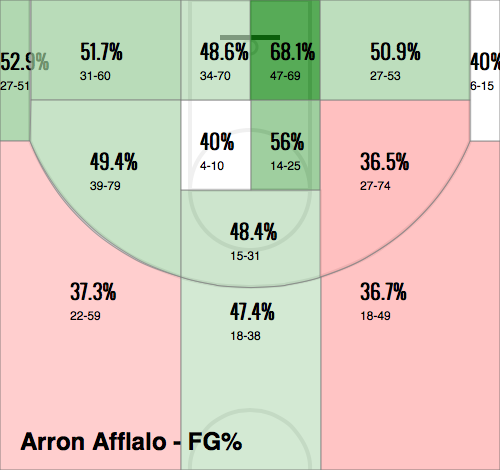 The downside is that Afflalo is already 28 and wings usually don’t get better as they hit 30. Adding Afflalo virtually guarantees a Playoff spot for Charlotte both this season and next but could cost them an intriguing prospect should the Detroit pick fall in the right spot. It’s a textbook win-now versus win-later scenario – muddied further by the Bobcats historical inability to draft well.

*One additional exception: Glen Davis is approximately 70% as good as Bass offensively and around 60% defensively.  Those numbers are approximate and yes, I am no fan of Big Baby Basketball.