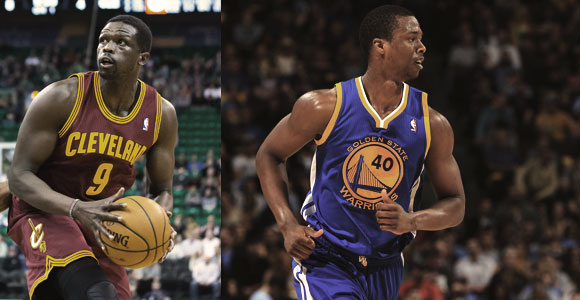 We’re just three days away from the Trade Deadline and the suddenly Playoff-determined Bobcats are on the clock. We return with Part Two of our plausible trade scenarios list (find Part One here) …

The Righting the Wrong Fit Scenario

Barnes is a volume scoring distance shooter miscast as a backup in Golden State. Kidd-Gilchrist is a rim slashing defensive stopper stuck on a team desperate for spacing. They’ve both struggled this season and this trade would not only upgrade their respective teams’ needs today but could also raise the ceiling on both of their careers long term.

The Warriors have made defense a priority and MKG’s tenacity on that end either as a sub for Iggy at the three or as a small-ball four could do wonders for Golden State come Playoff time, especially when Andrew Bogut checks out. On offense, Kidd-Gilchrist would have a tremendous amount of space to slash to the rim or post up while playing with the Splash Brothers – easy buckets and a reduced offensive role could build MKG’s confidence as he works on his perimeter game.

In return, the future Hornets receive Jamal Mashburn 2.0, a multi-talented scorer who can both stretch the floor and create his own shot. They’d also be betting Coach Clifford can extract some of the defensive potential Barnes has flashed since playing at North Carolina. 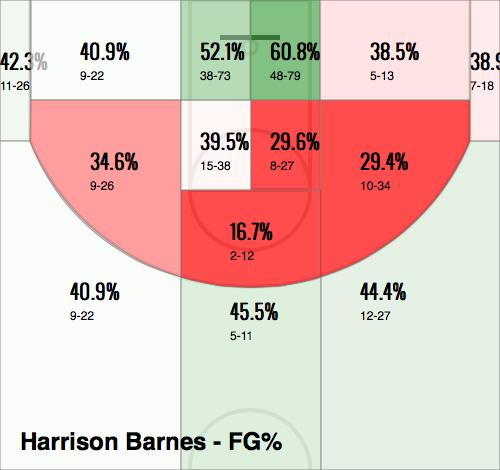 The cost of this swap – sending out a late first rounder and taking on an extra year of Marreese Speights – is more to the ego than it is to the team. The Cats’ front office would be admitting that it made a mistake in the 2012 Draft and is now paying interest on the penalty.

TRADE: Charlotte sends Ben Gordon and Portland’s 1st Round Pick to the Cavs for Luol Deng.

Cleveland basically paid the same price for Deng just a couple months ago – back when they had a different general manager who thought (or was instructed to think) his team was on the verge of something. The Cavs are currently three games back of Charlotte for the 8th Playoff spot and sports an ugly -5.3 point differential. Deng has also let it be known through back channels that he will not be re-signing with Cleveland in July so if the Cavs are going to recoup anything on their investment, they’ll need to do it quick.

The Cats do the deal betting that a combination of Al, Kemba, Clifford and cap space will be enough to lure Luol back in July. In the meantime, Deng instantly becomes the best small forward in the franchise’s history (I’m not discounting Crash, Deng is that good). His defensive skills are well known and, having played under fellow Van Gundy alum Coach Thibs in Chicago, should be able to fit right into Clifford’s scheme in Charlotte. 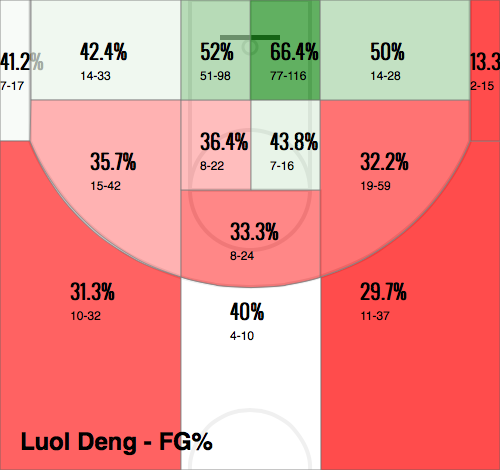 Offensively, Deng can hit from distance often enough to keep teams honest (career 33%) and has the right combination of personality and chops to either drop twenty a night or facilitate for other players. Deng turns 29 in April and the Cats would likely pursue a two year extension at around $12m per – timing it perfectly with MKG’s restricted free agency.

The Blazers pick should be enough to get this one done – as perpetually intriguing as Green’s talent is, he turns 28 in August and is owed $18 million for the next two seasons. The Celts fast forward their rebuilding efforts by dumping a combined $25 million and add yet another late first rounder to their stockpile – if any team can make a run at Kevin Love this summer, it will be Boston.

Charlotte gains a Small Forward who loves the corner trey and who has traditionally defended that position well. We covered Bass’s pick & pop capabilities in Part One. Charlotte’s overwhelming needs heading into the deadline were to upgrade the Power Forward position and add floor spacing. This trade does both at a relatively low cost.