If you follow me on Twitter, you know that MKG and his selection as the number two overall pick in the 2012 Draft is to me what the James Harden trade is to Bill Simmons. I wrote before the Draft that MKG was a questionable fit on a team both bereft of scoring and saddled with an ugly history of developing projects. Charlotte had just used the seventh overall pick a year before on the one-way, uber-raw defensive prospect Bismack Biyombo. The chances of Charlotte successfully developing and playing them together for any long stretches were next to nil, especially if they were actually trying to win games.

The Bobcats weren’t trying to win at all during their infamous 2011-2012 campaign, a strike-shortened season that led to the league’s all-time worst record. To call it miserable would be an affront to misery. The roster was made so purposefully threadbare that they succeeded in losing their final 23 games – the business end of a 3-34 run.

This was all part of general manager Rich Cho’s plan. You see, the league incentivizes rebuilding teams to be as bad as possible in order to secure the highest draft picks. That’s where all the stars are, if you haven’t heard – at the top of the Draft.

The 2012 Draft had one guaranteed franchise player in Anthony Davis and Cho reasoned that subjecting an already fragile, tortured fan-base to another major dose of embarrassment was worth a 25% shot at getting him. 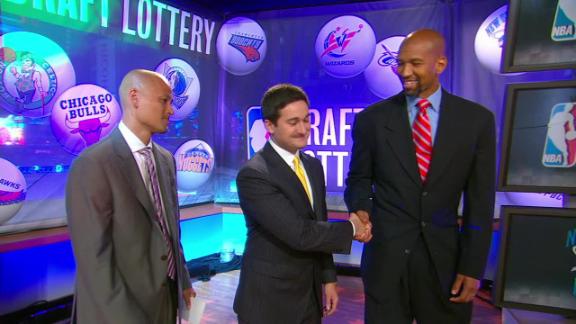 To the surprise of exactly no one, Charlotte didn’t win that May’s Lottery and instead wound up picking second overall. In fact, the league’s worst team had won the Lottery just three times in 22 years. The look on Cho’s face during the broadcast had me worried: “a guy with both an engineering and law degree, who prioritizes advanced stats above all else — THAT GUY was suprised that his 75% chance of NOT WINNING THE LOTTERY happened?”

Instead of rewarding a desperate fanbase with a ready-made star in Davis, the front office settled for his Kentucky teammate MKG instead. HE would be the franchise’s reward for the epic losing. HE would be the future star to push this team into the stratosphere. HE would shoulder the massive expectations…

MKG is by EVERY ACCOUNT an awesome, likable young man. His work ethic and attitude are off the charts and he NEVER takes plays off. Every team needs a guy like that. From the portion of his bio that has been made public, MKG has courageously overcome many obstacles in order to become an NBA player. Notably, he’s struggled with a speech impediment which can be petrifying to those who do not live their lives in the public eye. On the court, MKG is a long, rangy defender who occasionally flashes his potential as a top-tier permiter defender – a valuable skill. 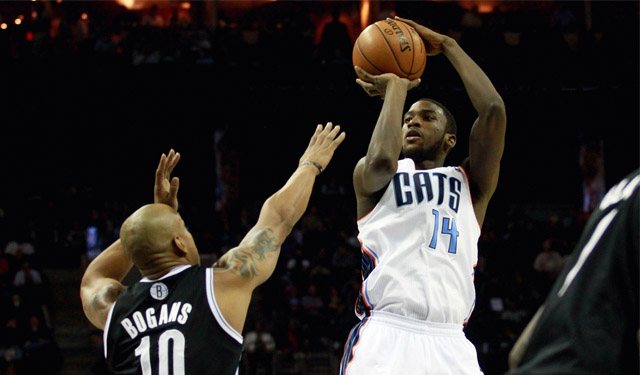 MKG is also an absolute disaster on offense. His shot requires a page one rewrite (if that’s even possible) and he doesn’t have an explosive first step or a refined post-up game – so there’s nothing he can consistently resort to while he’s reworking the jumper. While his on-ball defense can sometimes be superb, he fouls early and often and gets lost on screens like he was Gary Neal, not Tony Allen. And because of his offensive liabilities, MKG is unplayable at the end of games especially when the team is down.

Wanna guess how many times he’s played over 35 minutes in a game this season? Once. One time. Turns out that you can’t lock guys down when you’re sitting on the pine. In other words, MKG is a long-term project. An intriguing one that any team would love to have sitting at the end of its bench or hustling in the D-League, honing his craft.

MKG is also a world-class, terrible Number Two Overall pick – especially given the Bobcats’ circumstances at the time. Leading up to the Draft, Cho didn’t go a day without bringing up his Durant/Westbrook/Harden days in OKC: ready-made Lottery saviors with telegenic personalities who revitalized a fanbase and set fire to the league. MKG, with his raw blue-collar game and camera-shy ways couldn’t have been any different.

Leading up to the 2012 Draft, there were whispers that MKG’s people were hoping he would not go to Charlotte at number two. They knew how much work his game would require and how patient a franchise would need to be. They knew he’d need to be surrounded by big time scorers who could carry the offensive load while MKG did all the dirty work and learned on the job via a strong internal development staff. Basically, the opposite of the team he ended up going to.

Some fans have suggested that we “forget where MKG was picked and evaluate him with fresh eyes“. While a noble gesture, it’s not exactly practical. MKG’s $4.8 million salary this season is nearly as much as Josh McRoberts and Kemba Walker combined. He’s owed $5 million next season and $6.3 million the following. His cap hold will be somewhere north of $9 million once his rookie contract ends in July of 2016. In other words, MKG is making real NBA money. His 26 minutes of play every night are minutes that the team cannot dedicate to other, more polished and productive two-way NBA players.

My biggest concern is with MKG himself. Again, he comes off as a forthright and genuine young man. Heck, he even called up his college coach before the Draft and asked him if he was truly ready for the NBA. It’s a near certainty that he feels bad for not being able to help his team more as they push for a Playoff spot. So if I may, allow me to channel my inner Frank Underwood, turn towards the camera and address MKG directly:

MY PERSONAL MESSAGE TO MICHAEL KIDD-GILCHRIST

Bobcats management put you in a position that did you no favors. Any resentment or impatience that you receive from the fans (this writer included) is aimed squarely at them, not at you. Imagine if Gerald Wallace had been drafted as a Top 3 overall pick? The words “failure” and “bust” would’ve haunted that guy until he was scared out of the league. Don’t let that happen to you. Realize what is really going on and rise above it.

If guys like Crash and Lance Stephenson can do it, so can you. It will take time and it might take a change of scenery but you are a legitimate NBA player who will one day excel despite the challenging circumstances in which you’ve arrived. I’m certain of it. From the little I’ve read about how you got here, overcoming obstacles is without doubt one of your skills that is NBA-ready.