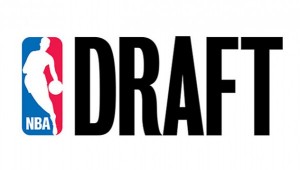 The draft is upon us and, once again, the Hornets are in the lottery. In all likelihood, barring some unlikely luck, they will be drafting in the 9th position. There is a clear first tier with the top 4. Sadly, it feels like the next tier cuts off around 7-8 with the Hornets on the outside looking in. But the draft is fun. Harboring an irrational love for it, I figured I would take a look at what might happen. In true A Tribe Called Quest fashion, I’ve broken it down into scenarios.

Lucky 14
It would appear MJ is seeking some karmic justice by sending Not Anthony Davis* to represent the team at the lottery. The top 3 of this draft is perfectly suited to fill the Hornets’ needs. A long term, 2 way center to replace Al Jefferson? Karl-Anthony Towns is sitting there as the top pick. A sweet shooting, foul drawing play-maker who can play the 1 and the 2? D’Angelo Russell is your guy. A big, athletic PG who can get into the lane at will and pressure the defense in ways Kemba Walker will never be able to? Emmanuel Mudiay is just dripping with potential. The odds are not in Charlotte’s favor, but this is the perfect draft for some luck from the basketball Gods. For what it’s worth, I’ve got Towns at the top and a pick ‘em between Russell and Mudiay. I’m not sure you can go wrong with either.

*I love MKG. But Charlotte bottomed out for Anthony Davis and came up 1 pick short. As great as #14 is, he’s not Anthony Davis.

The Pipe Dream
The top 4 goes chalk. Justise Winslow and Kristaps Porzingis go in the top 8 as expected. Some team (Orlando? Denver?) loves or desperately needs some defensive versatility in their front court and nabs Willie Cauley-Stein. Stan Van Gundy loves Terrence Ross, lets Greg Monroe walk, and wants to completely recreate his Orlando team and grabs Myles Turner as the Ryan Anderson to Andre Drummond’s Dwight Howard. Miraculously, Mario Hezonja is just sitting there at 9, ready to jump-start the Hornets’ offense with shooting and athleticism. We can all dream, right?

The Hinkie
With Hezonja gone Rich Cho decides to swing for the fences despite some roster redundancy and snags Myles Turner. Turner is listed as a center, making him the rare stretch 5. Unable to find shooting in the back court, Charlotte decides it might as well pair Vonleh with Turner creating a potentially elite shooting front-court to create space for Kemba and the other wing players. It could be incredible, or Turner’s knees could be a disaster but the potential may be irresistible.


Remember when this happened? Nevermind the fact that statistically Zeller favored pretty well, showing up 4th on Kevin Pelton’s Prospect WARP rankings his final year in college. Turns out Cho was right (at least for now). This past season, Zeller had the highest RPM and WARP of all 2013 draftees and it’s not especially close. Nerlens Noel and Antetokounmpo might end up being better, but for now everything looks good. So who could be this draft’s Zeller, a player who rates better statistically than in fans’ minds? Probably Frank Kaminsky or Sam Dekker. Complexion aside, they might not be exciting but they could end up being solid pro players.

The Reach
If need outweighs the old BPA adage, look for someone like RJ Hunter, Jerian Grant, or Devon Booker. The team needs shooting and playmaking in the backcourt and all 3 of these should bring some of that despite not being in the lottery of many mock drafts. Stay tuned for more RJ Hunter…

The Godfather Offer
Let’s see… a miserable superstar who just signed a contract extension… How about the 9th pick, a 2016 first rounder, Noah Vonleh, Kemba Walker, and whatever else they want to make it happen for DeMarcus Cousins? Yeah… not happening. But Charlotte has a lottery pick this year, all their future picks, a PF with serious potential, and some tradable contracts. Phone lines are open.

The Belichick
Say you love RJ Hunter (like me) but don’t like him at 9. You’re not so sure about Stanley Johnson or Kelly Oubre and could use an extra asset down the line. Portland is in danger of losing LaMarcus Aldridge in free agency. Myles Turner is just sitting there at 9. Send them this year’s lottery pick for the 23rd pick in this draft and next year’s first round pick. Similar deals could be made with Chicago and Cleveland, though I wouldn’t want to strengthen the eastern conference. Boston has 16 and 28 in this draft too after a surprise all-star appearance. In classic Belichick fashion, if there’s nobody you’re in love with, try to add more assets to the treasure chest.

The Washington Professional Football Team
The 3 of the top 4 picks are really perfect for the Hornets. Throw assets at the wall until one of those teams bite. I don’t see it happening, but Flip Saunders is involved…

The Gettleman
You know what you do when you have a strength on your team? You get even more of it! MKG is a pit bull defender on the wing. In an effort to prevent any team from ever scoring from the perimeter again, Charlotte grabs Stanley Johnson and they make life a living hell for other wing players. Cauley-Stein has a similar effect.

The Logical Pick
After all that fun, Kelly Oubre probably makes the most sense with the 9th pick. He’s long and athletic and has a reputation as a shooter. He has high defensive upside and, if he can clean up his shooting mechanics and improve his ball-handling, he could be really good down the line.

So there you have it. The Hornets can go in a lot of different directions. If I had to guess, I think it will come down to Kelly Oubre, Stanley Johnson, Myles Turner, Sam Dekker, and Frank Kaminsky in that order. Not necessarily my order, or the order of Cho’s board. Just the way I would place odds.