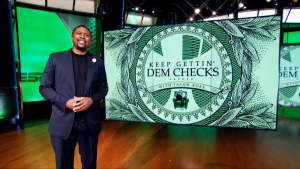 First, thanks to Scraps McMasters for suggesting this post.

I am going to do an inventory of the Hornets current contracts, breaking them down into tiers of FINE, QUESTIONABLE, and TURRIBLE.

Wanna hear it?  Here it go.

Dwight Howard is getting paid.  $23,500,000 this year, and the same next year.  Dwight Howard is playing All-Star quality basketball, knows how to manage the spotlight, and lends a bit of star power to the team.  His contract is fine (though I’d pay him even more if he could figure out how to pass the ball every now and then).

The only problem with Kemba’s contract is that it is not long enough.  $12,000,000 this year and next year is the best bargain in the NBA.  Kemba signed this deal so the team could bring in more Dwight Howards.  This contract is possibly the best in the NBA.

Jeremy Lamb is getting paid $7,000,000 this season and next season.  He is a solid bench player who could make an argument for being a starter.  His contract is fine.

Monk is on a rookie deal.  This contract is fine. He needs to be playing, though.

Frank is also on a rookie deal.  His contract is fine.

Both O’Bryant and Graham are on one year deals at the minimum.

Both of these dudes are getting paid $75,000 to play for the Gatorade League, with the right to be called up to the Association.  These contracts are fine.

Bacon isn’t counting against the cap at all.  His contract is fine.

I sense that this is going to be my most questionable opinion, but hear me out:

Nicolas Batum is a BALLER with triple-double potential every night.  He was signed during the Salary Cap Expansion/TV-Money Gold Rush, when everyone was getting obscene deals, and he didn’t even sign a max deal (which he could have easily gotten).

Batum is most effective when he can post up on the perimeter and shoot threes, which is EXACTLY WHAT HE WAS SIGNED FOR.  The issue has been that Cody Zeller, who the team counts on to draw attention to the paint and pass it back out to Batum, has been injured for two years, and Dwight Howard doesn’t know how to pass (have I mentioned that?).

Further, Batum has a one-year old at home.  He is not sleeping.  He is having games where he looks like he is dragging because he probably hasn’t slept in a week.  This will pass.

Perimeter shooters are exactly what the Hornets need, and Batum loves living in Charlotte.  I think this contract is questionable, but leaning towards fine.

Marvin Williams haters, listen up-: Starvin’ Marvin has had a career year every year for the past three seasons.  I understand that this is a stealthy fact, so I can forgive you for labelling him as the second coming of Gerald Henderson.  The only reason this contract is questionable is because of its length (he is signed through 2020), but I suspect he has at least one more career season upcoming (that would be his next contract year).

MKG is a great defensive presence, and is offense is still developing.  $13,000,000, which is what he is making this year and next, is fine.  The questionable part of this contract is the following season, which is a player option.  When MKG is healthy, he is possibly the secret MVP of the team, but he has been injured for the majority of his career, and history proves that he will probably get injured again shortly after Cody Zeller returns.

Advanced analytics argue that Cody Zeller is the actual MVP of the team, and I won’t argue against that.  The Hornets are a playoff team with CZA in the lineup.  The problem with his contract is that he is signed through 2021, and he has been injured for the majority of the past two years.  If he comes back and stays healthy, his contract gets bumped up a tier.  If he continues to be an injury concern, his contract gets downgraded to TURRIBLE.  Right now, it is an unknown.

I suspect that the Hornets will give up on him, he will be traded to the Spurs, and he will immediately turn into Boris Diaw 2.0.

Stone has a minimum contract, but it has an extra year on it.  That extra year is why he is in Tier Questionable.

MCW is only making $2,700,000, and he is only locked up for the remainder of this season, but I don’t care how much he is getting paid for how little time.  This is a TURRIBLE contract.

I like Coach Cliff, but I feel like he gets a whole lot of credit for being a nice guy who is better than the worst NBA coach of all-time (Mike Dunlap, his predecessor).  He has made the playoffs twice, and lost in the first round both times.  His system is tired.  I am going to label Clifford’s contract as borderline QUESTIONABLE/TURRIBLE.  I think the team has held onto him for too long.  Mark Jackson, Jeff Van Gundy, and Jason Kidd are all coaches who are available and who have better track records.

Bottom line: The Hornets aren’t mired in mediocrity because of their contract situations.  They haven’t had a healthy team in years.  They have the pieces to be a quality team with a coaching change, a better backup PG, and better luck with injuries.

4 thoughts on “Just How Bad Are These “Bad” Contracts?”