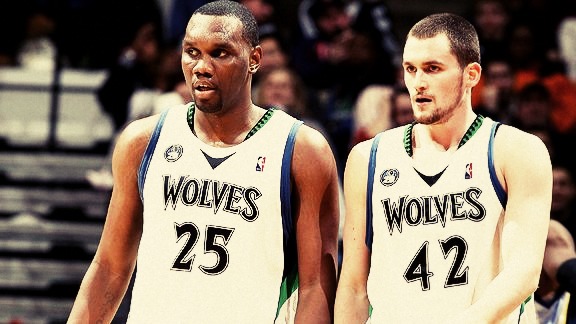 Baseline contributors past, present and future weigh in on the ramifications of Tuesday night’s NBA Draft Lottery:

QUESTION ONE: The Hornets have lucked into Detroit’s 9th overall pick and are now armed with two first rounders (including Portland’s 24th overall selection) and a second rounder in a deep Draft. Should the team keep the picks and add prospects or bundle them with either young vets and their roughly $17 million in cap room to bring in a proven All-Star?

Ben (@benweinrib): I would be shocked if the Hornets make selections at 9, 24, and 45, and had them all on their roster on the first game of the season. The Hornets are at a crossroads where they have the assets (picks and cap space) to pick up a quality player and need to make a playoff push, since their window is as long as Big Al keeps playing at a high level. They could bundle up their picks to move into the 5-7 range to grab Julius Randle or (more likely) will make a run at Kevin Love, Greg Monroe, or Gordon Hayward.

Dr. E (@BaselineDrE): I think the Hornets should be and will be pretty active in trade talks over the next few weeks. With these 3 picks in the 2014 draft, all future picks intact, and some young talent on the roster, the Bobcats could put together a competitive package of assets to snare a big name. With Big Al in his prime and Kemba approaching his, young talent developing, a great coach and a seemingly stable front office, and in the Eastern Conference, the Hornets could actually look pretty attractive to Kevin Love or Carmelo Anthony if they are looking to win. Bringing a star like that to our small market is a longshot, obviously, but the Hornets owe it to themselves to sniff around some deals like that.
I also think a small deal for Arron Afflalo makes a ton of sense — if the price is right (i.e. not the #9 pick) it would be a low-risk upgrade at the 2.

Jason (@jasonjefferies): Hendo and a pick to Indy in Sign & Trade for Lance Stephenson.

Bradford (@bradford_NBA): This answer is pretty straightforward for me. If you can grab Kevin Love with a godfather offer, you do it. Maybe Gordon Hayward depending on the package. Otherwise, you have to keep the pick. While I think the top of this draft is overrated, the Hornets are in an interesting position in the top 10 where they don’t really need a franchise guy. They just need to fill out the team with talent and this draft is full of specialists with upside. As for trades, Afflalo is a popular name and he would fit the team well. But he’s 28 and at his peak. He’s essentially a sunk cost. He might add a couple wins, but he’s posted an above average PER once and his value can only go down. The Harden trade taught us that youth and potential are (over)valued with Jeremy Lamb being the centerpiece for OKC. Drafting a young guy with potential can help the team now while leaving them with options down the road. The Hornets have to look at the present with an eye towards the future. I would assume they don’t plan on having a lottery pick for the foreseeable future so you have to take a chance on a young guy with potential that you can develop on the cheap. Or you go grab Kevin Love, who would be awesome with Jefferson and Kemba. But that seems unlikely.

ASChin (@baselinebuzz ): This really comes down to whether the Hornets want to go all-in now while the East is weak or if they want to guarantee a prolonged period of competitiveness. If the number nine pick can nab a potential All-Star, Charlotte gets one on the cheap who can develop and grow with Kemba/MKG/Cody. That core might not lead to a Finals appearance but it would be sustainable and fun. On the other hand, sending the picks to Minnesota for Kevin Love would immediately put the Hornets in the Eastern Conference title conversation – BUT the chances of K-Love staying in teal & purple for more than 18 months are 50/50 at best. Tough call.

QUESTION TWO: If the Hornets keep the picks, who should they target at each spot?

Ben: They desperately need shooting, which means Gary Harris and James Young make a lot of sense. The ninth overall pick is a tad early for Rodney Hood, but he’d be a steal at 24. Of course, I’m going to advocate Jarnell Stokes at 24 (huge hands, great athleticism, at worst a great rebounder) and the incomparable Isaiah Austin (worst-case scenario: superstar) at 45. (Editor’s note: anyone who follows us on twitter knows that Ben is higher on Ike Austin than either of Isaiah’s own parents)

DrE: The biggest need is perimeter shooting/scoring in general, whether that comes from a 2, 3 or 4. So if the Hornets keep the #9 pick, I think it would come down to Zach Lavine, Gary Harris, or Doug McDermott. Obviously at #9 everyone has a shortcoming. LaVine doesn’t have much consistent production to show for his enormous potential and is a little smallish. Harris is on the small side for a 2 as well, with more of a track record of production but without the high ceiling. And McDermott is the more polished shooter/scorer, but with very questionable quickness/athleticism.
I saw where DraftExpress has the Hornets picking Dario Saric at #9, but that doesn’t make much sense to me unless you think he has real breakout/star potential. Because when I watch the video, his game looks a lot like Cody Zeller’s.
PJ Hairston would be intriguing if he’s still there at #24. If any team in the league would be fully clued in to his issues at UNC, it would be the Hornets. If he’s there and they pass on him, you can bet that they think he’s a likely career knucklehead.
Backup PG is another need, but the Hornets will almost certainly deal with that via free agency or trade (think Ramon Sessions or Jameer Nelson).

Jason: Anyone but McAdoo. Seriously, anyone.

Bradford: Outside of NC State (class of 2008, GO PACK!) I don’t watch college basketball so all I have to go on is what I’ve read and some Draft Express videos. I have to think it’s between Zach LaVine, Nik Stauskas, and Gary Harris. Harris is the best 2-way player of the bunch. He’s an absolute bulldog on defense and a competent shooter on offense. Basically a more refined Oladipo. But he’s small for a shooting guard and not an elite athlete. Stauskas is an underrated but still average athlete, but an elite shooter with a quick release and deep range. He can also handle the ball in the pick and roll. There’s lots of talk of him playing point guard in spot duty. He makes the right pass and his shooting off the bounce opens up opportunities. Zach LaVine is one of the best athletes in the draft and a decent shooter. But that’s about it from what I can tell. I’m taking Stauskas personally, but with a low level of confidence. I love the shooting too much and I think the defensive weaknesses can be covered up with a strong scheme. He just needs to be a good team defender like JJ Reddick. He might not have the potential of other guys due to his athleticism, but we know for sure what he can do. As for the 24th pick, I don’t think it matters quite as much. You’re looking for a productive bench player. Shabazz Napier, TJ Warren, Rodney Hood, Jerami Grant, KJ McDaniels. Hood probably doesn’t last that far. I’d probably lean Napier or Warren (what a homer) but all are great pickups that late. PJ Hairston is the wild card if he’s there. I think he needs to get away from the state of North Carolina and start fresh. Too many bad influences for him around here. I’d steer clear.

ASChin: The Hornets are desperate for a dynamic scoring, floor-stretching off-guard and I’m all in on UCLA’s LaVine. He needs to add strength and get smarter on both ends but man, when he’s on he looks like a future NBA star. Long, explosive and oozes confidence. Remember: he just turned 19 in March. LaVine can shoot off the catch and is a transition weapon. He won’t be ready for a couple of seasons but that’s why you trade for a guy like Afflalo as an interim starter. Kemba/LaVine/MKG/Cody could be Charlotte’s core for the next 8-10 seasons. DREAM FOR LAVINE!

QUESTION THREE: Who was the bigger winner in last night’s Lottery: Hornets fans or Rod Higgins? Draft euphoria has completely overshadowed the fact that Charlotte will send its own pick to Chicago as part of his disastrous Tyrus Thomas trade four years ago.

DrE: Everyone associated with the Hornets won big yesterday, but yes, Rod Higgins particularly has to be breathing a sigh of relief that some things have broken his way. Rich Cho is the best thing to ever happen to Rod Higgins. Obviously the Hornets were lucky that the Detroit pick slipped to them, but it was Rich Cho that really made that even possible via the Corey Maggette/Ben Gordon trade. With Gordon’s contract expiring, and the Hornets own pick being conveyed to the Bulls this year to complete the Tyrus Thomas trade, all vestiges of the mismanagement of the Larry Brown era are gone, and Cho has the Hornets positioned very nicely for the next few years.

Jason: Both. Hornets pick ended up being less than stellar, and maybe the lessons learned from the T-Time debacle were worth giving the pick up for.

Bradford: Love this question. I’m leaning towards Hornets fans, but Higgins is certainly happy. As is Cho. Go back in time 3 years and find slightly younger you. Tell them that in 3 years, that aging, cap strapped team that owes a future pick to Chicago would make the playoffs and enter that off-season with a clean cap sheet, no outstanding assets to send out, and the 9th and 24th picks in a deep and productive draft. Oh, and the Hornets are back. Also, not just back as a name and color scheme, but all the records and statistics as well. Then watch younger you either laugh at you, stand with his/her mouth agape, or watch them cry in happiness. For all of MJ’s accused nepotism in running his organization it is clear Higgins isn’t doing much other than running press conferences these days. It hasn’t been perfect, but the Cho and MJ partnership is something to be excited about.

ASChin: Higgins apparently received some Executive of the Year votes earlier this month – but anyone who pays attention knows that Cho runs the show. Pre-Cho Higgins was like Ernie Grunfeld gone wrong. Sure, Rod’s a marginally better public face for the team’s basketball operations and I’m certain he has other talents behind the scenes – but his personnel record speaks for itself. The Tyrus trade was and continues to be a tremendous stinkbomb. Let’s just hope that Chicago doesn’t nab a future star with the pick.
Notice that no one’s talking about this stuff now that Cho’s Gordon/Maggette deal has produced a surprise Lottery pick. WINNER: Rod Higgins