Despite some noise in recent days that seemed to point towards the Bobcats obtaining a second round pick (or even a first), the 2010 NBA Draft came and went Thursday evening with nary a mention of the Cats.

Besides, with so many teams using their extra second round picks on long-term, crapshoot foreign prospects (Paulao Prestes, Pape Sy, anyone?) it’s reasonable to assume that a few decent future NBA players actually went undrafted and can now be had for a song.

Jonathon Givony of DraftExpress called it the “most random second round ever” and notes numerous interesting undrafted players.  Need a swing?  Manny Harris and Sylven Landesburg are out there.  A Dukie?  Neither Jon Scheyer or Brian Zoubek were picked.

Want a big backup point guard (and you know Larry Brown does)?  Ben Uzoh and Mikhail Torrance are both available, though Torrance supposedly has a heart issue that scared off teams in the second round.

If I were the Cats, I’d be on the horn with Scheyer’s agent right now.  With some time, I think he can run the point in the pros, and the jumper’s not going anywhere.

A few other thoughts: 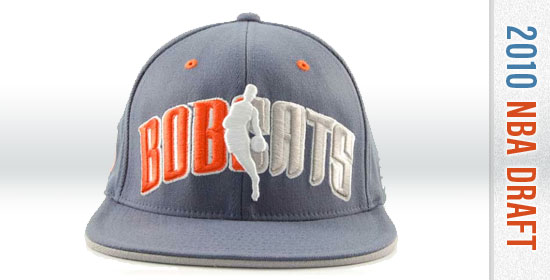