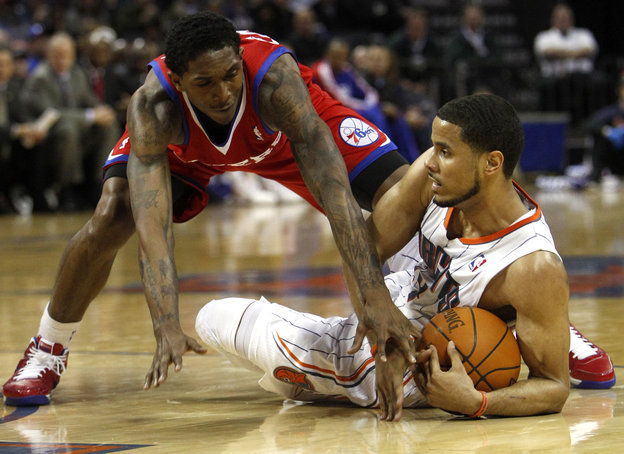 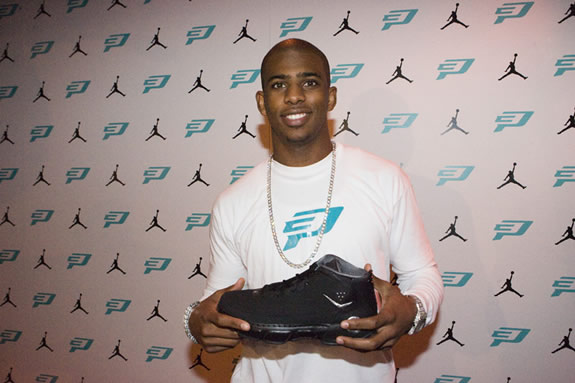 The Charlotte Bobcats posted an easy win over the Philadelphia 76ers, 103-84, on Wednesday night at the Cable Box.  The Cats improve to 39-35 but remain in seventh place in the East, a game-and-a-half behind Miami, who also won Wednesday night.

After feeling out the Sixers in the first few minutes of the game, the Cats took control, building a double digit lead by early in the second quarter.  The Sixers briefly cut the lead to single digits before the half and again right after, but the Cats dominated the rest of the way.

The Sixers generally looked like the Bad News Bears.  With Lou Williams, Rodney Carney and Thad Young all out with injuries, and Andre Igoudala reportedly dealing with plantar fasciitis, the Sixers didn’t have much of a shot to begin with.  They settled for jump shots (only 11 FTs compared to the Bobcats 35), turned the ball over an astonishing 25 times (rookie Jrue Holiday accounted for 7) and were probably lucky they didn’t get beat by 30.

A Win Is A Win

The Charlotte Bobcats overcame a 10-point 4th quarter deficit to defeat the Philadelphia 76ers 106-105 on Saturday night at the Cable Box.  AP story here, box score here.  The Cats played uninspired ball for most of the game, allowing Willie Green to go for a season-high 26.  But down the stretch, Raymond Felton and Boris Diaw were able to push the Cats past the shorthanded Sixers.

The Sixers led 99-89 with 5 minutes left, but would only get two field goals and two free throws the rest of the way.  Meanwhile, the Cats turned aggressive and clutch, going 7-8 from the free throw lie and 2-4 from 3PT over the same period.  The last minute of the game was notable for its drama and sloppiness.

With the Cats down 103-102, Stephen Jackson missed a three — Jack had a poor game and an even poorer finish to the game.  On the ensuing Sixers possession Jack completely whiffed trying to guard Igoudala, who was able to get into the lane with a head of steam.  However, the Cats interior D collapsed on Iggy, who lost the handle and gave the Cats the ball back with 24 seconds left.  After a 20 second timeout, the Cats inbounded to Diaw, who spun, drove into the lane and was able to get a pretty easy finger roll to take the lead 104-103 — but with 17 seconds left.

The Sixers took a timeout to set up a play; but they wouldn’t even need it as Stephen Jackson committed an inexplicable reach-in foul of Igoudala in the backcourt.  With the Sixers in the bonus, Igoudala sunk both free throws to retake the lead 105-104 with 13 seconds left.  With no timeouts, Raymond Felton had to freelance a play, which should make any Bobcats fan shudder.

Fortunately, Raymond was on point tonight and it was Sam Dalembert trying to guard him coming around a Diaw high screen. Dalembert committed the mortal sin of neither showing high, nor dropping back to defend the pick.  Felton was able to turn the corner, turn on the jets and get enough separation from Dalembert to get a clean, game-winning layup.