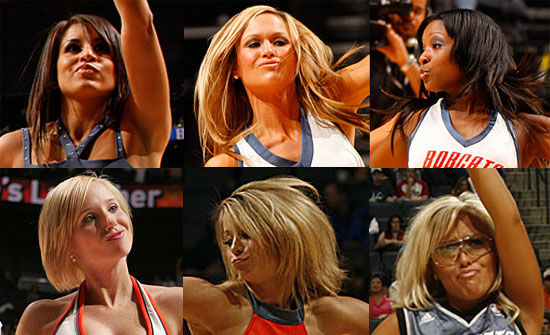 The Lady Cats plan on rolling out their new “O-no-you-di’ent” face tonight during the Bobcats vs. Clippers game. Under the direction of Brandii McCoy, the Lady Cats have been practicing this new move for months.

“We were debating on whether to bust-a-move with our “U-know-dat’s-right” look that we started rehearsing in December but we it’s just too early” said McCoy.

On another note, it is rumored that Vladimir Radmanovic will debut “Blue Steel” during his first free throw as a Bobcat.