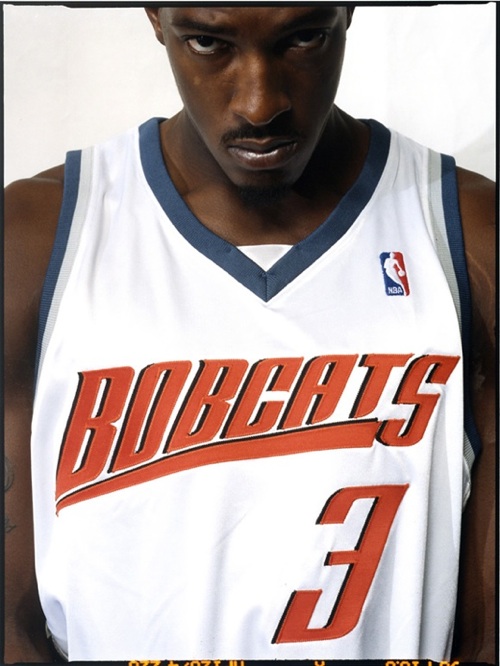 The inaugural Bobcat is the team’s inaugural All-Star.

Six years ago the Sacramento Kings thought so little of Gerald Wallace that they let him walk via the 2004 Expansion draft.  The Bobcats received a player who couldn’t shoot from the field or from the line and whose lone defensive skill was to overplay the passing lanes and steal the ball before his man could score on him.  Young Gerald was Raw.

Some fans might not remember that the ‘Cats almost let Wallace leave via Free Agency twice before signing him to his current long term deal.  Somehow it all worked out and even though Gerald had to weather the incompetent storm that was the Sam Vincent Mistake, he never stopped improving his game, adding wrinkles every season: blocked shots in Year 2, then a long range jumper in Year 4, free throw shooting in Year 5 and – this season – Elite rebounding.

The old Charlotte Hornets told us to “Bee-Lieve.”  Gerald Wallace Bee-Lieved when nobody else did and now he’s making his first All-Star game in his 9th season at the age of 27.
Thanks Crash.  Thanks for working your tail off for five and a half years on a nobody team in a nobody city and showing us that if you keep Playing the Game the Right Way, eventually you become a Star.

Gerald Wallace comments on his All-Star selection over at the official BobcatsBreak.com