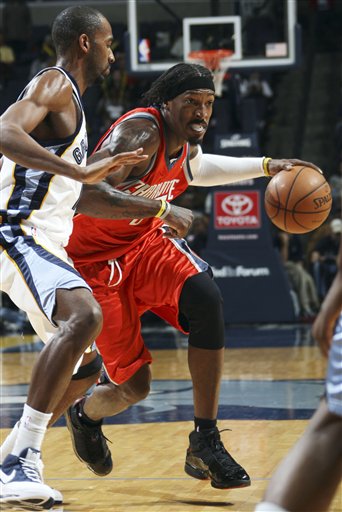 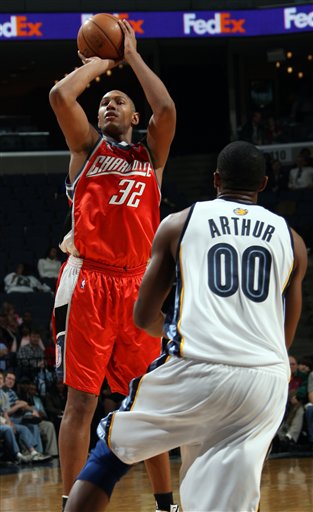 1) Surprisingly easy win on the road tonight against the Memphis Grizzlies, 112-83.  AP story here, box score here.  The Bobcats get just their second road win of the season, improving to 9-18 overall.  The Grizz, who had won 5 of their last 8, fall to 9-17.

2) Another day, another trade rumor for the Bobcats.  Thursday morning, Rick Bonnell reported that the Warriors and Bobcats were talking about a Raymond Felton for Anthony Randolph OR Brandan Wright deal.  Though I’m an avowed Raymond Felton fan/apologist, the play of DJ Augustin and the potential of both of those young Warrior forwards had me saying YES YES YES just like Rufus on Fire was.

“…the Warriors would be absolutely nuts to trade Wright. His 20.23 PER is among the best at his position, though achieved in limited minutes. He also played well in his rare opportunities last season and had a strong freshman year at North Carolina. All the evidence samples are small, but combined, we have three data points that suggest he should play and none that argue against his playing.”

Nothing’s gone down yet, but Tim Kawakami of the San Jose Mercury news reported Friday afternoon on his blog that things in Warrior-land are very tense right now; anything could happen.

4) So anyways, a great game by the Bobcats tonight.  Probably the best game they have played all year — everything was working.  Midway through his fantastic first quarter, Emeka Okafor got two straight buckets to give the Cats a 15-10 lead, and they never looked back.  The Cats won every single quarter, and save for a short stretch late in the third where we settled for some marginal shots, always looked in control.  The Cats finished the game shooting 65.8 % (a franchise record!), dominated the boards 41-23, and had 35 assists.

5) Okafor had yet another strong game, with 25 points on 11-16 FG, 7 rebounds, 3 assists and 1 block.  He made several strong post moves (against the Grizzlies admittedly underwhelming duo of Darko Milicic and Marc Gasol) and got a bunch of easy buckets on putbacks and feeds from Boris and Raymond.  Okafor is really playing well with Diaw; let’s keep an eye on this going forward.

6) Speaking of Diaw, he has to get player-of-the-game honors tonight, going for 26 points (11-13 FG, 4-4 3PT), 10 rebounds and 3 assists.  He has looked more motivated since coming to the Bobcats than he has in years, and is an immense upgrade over the Sean May/Jared Dudley PF-by-committee that we had been seeing.

7) Great to see Gerald Wallace back in the lineup: 22 points (9-11 FG), 9 rebounds and 4 steals.  The Cats didn’t need much else; Matt Carroll was the only other Bobcat in double figures with 10.  DJ only shot 3 times tonight, and ended up with 10 assists versus 2 points.  Not often you’re going to see that kind of ratio from DJ.

9) Memphis has real trouble at their PG spot.  They started Kyle Lowry, but gave more minutes to Mike Conley — neither were effective.  At one point in the second half, Conley nervously passed up an open look at a three, which drew the ire of all 17 Grizzlies fans in attendance.  Conley’s still just a 21-year-old second-year player; nonetheless, the Grizzlies have to be disappointed that he hasn’t shown much progress.

10) Next game is Saturday night, hosting the Warriors at the Cable Box at 7:00.  Another Saturday night in December, another holiday party — which means I’m passing my tickets to Mom & Dad again and will be DVRing the game (that is, if my dubious Time Warner cable box cooperates).

Could be interesting, what with the Bobcats playing so well tonight and the Warriors in the midst of a tough stretch in their schedule and apparently at DEFCON 2.