It seems like the long drought of non-NBA action was so long ago now that NBA Preseason is underway.  The Bobcats have shown some good signs of growth as they’ve put together two competitive games so far against the Cavs (loss) and the Hornets (win).  For anyone who caught the last, local TV broadcast on the FS Carolinas nextwork, it may have seemed like a surreal Charlotte-NBA concoction.  The list of oddities is tough to summarize, but I’ll try –  The Hornets played against the Bobcats in Greensboro’s teal saturated arena, both wearing pinstriped uniforms, with Steve Martin and Dell Curry calling the game for the TV broadcast.

Cavs vs Cats in Charleston, SC on Saturday night.  No Boris Diaw, Tyson Chandler, Delonte West, or Jamario Moon. . . but there will be plenty of Shaq and Lebron for ESPN to show us afterward. 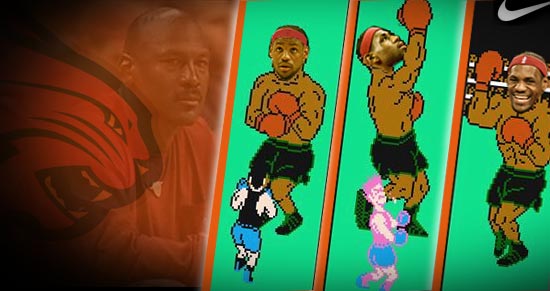 The Bobcats look horrible this season.  Three Wins, Seven Losses.  Only 30%-40% of the arena seats are filled.  Even the cable broadcasts are screwed up this year.

There’s nothing to do but blow the whole thing up.

Larry Brown’s “system” just isn’t cutting it.  Perhaps, the personnel is lacking?  Perhaps, the game has changed too much for this old man?  Whatever the answer may be, the Bobcats have put a sad product together and shoveled it out onto the floor this season.  That much must be recognized.

The embarrassment suffered last night to the Dallas Mavericks was the last straw for this ‘Cats apologist.  This team will find little success until major changes are made.  Whether it be changes to the roster or the coach’s offensive philosophy, the Bobcats need a shakeup.  Until then, the Playoffs are a fantasy.  The Mavericks were once the laughing stock of the league (for about a decade).  Then, they got it together.  It’s about time for the Bobcats to cut the fans some slack and get it together.  Seriously guys, I know Jason Richardson was out but no team’s starting line up should feature Matt Carroll.

Let’s review who has been Entirely Worthless vs. the players who have only been Somewhat Worthless.

The question must be asked – “Why are all of the Bobcats’ big men worthless?”  Primarily, this is due to their inability to rebound or score in the paint.  Secondly, no big man has arisen as a defensive presence this season.  Okafor has been serviceable, but not quite 72 million dollars worth of service.

We should expect some sort of trade for a real big man or a change to the starting line up in the next few weeks.  Maybe, this is just an overreaction?  Maybe not? Stability is often important, but the Pistons and Nuggets seem to be doing okay after their recent swap.  Ryan Hollins’ willingness to play ball inside the paint and run the floor with intensity might just give him a shot at starting a few times this year.  Maybe a Hollins / Okafor / Wallace / Richardson / Felton lineup wouldn’t be so bad.  It sure beats starting Sean May or Matt Carroll.

Additionally, don’t get fooled by the stat sheet that shows record of DJ Augustin’s big point total against the Mavericks.  Augustin didn’t actually succeed as a point guard in the game, he simply racked up a lot of “garbage time” points.  The entire game could be considered garbage time for the ‘Cats.  Dallas was up by so much and the starters were off of the court for about 40 minutes of the match.  When a team loses by such a big margin and their point guard has a big scoring night, it’s safe to surmise that he wasn’t “facilitating the offense” with any success.  Maybe the Bobcats have found their identity.  The Lakers used to be called “Show Time!”   Now, the Bobcats can reserve – “Garbage Time!”

With Elton Brand’s departure from Los Angeles, the market for a free agent Power Forward has just skyrocketed. Considering the money available to the Clippers, it appears that at least one player will receive larger contract than they anticipated this off-season. While Emeka Okafor was a priority to for the Bobcats, his price tag may rise considerably with an offer from the Clippers.

If a huge contract is prepared for Okafor by Los Angeles, would Charlotte be able to match it? Would it be wise to do so? If they don’t, what are the alternatives?

At the moment, Charlotte is struggling to find the right Power Forward to compliment Emeka. If he leaves town, that formula is obsolete. The ‘Cats will then need to find a starting Center and Power Forward. It’s going to be hard to find that kind of talent before training camp. Okafor’s departure would likely result in a full reconstruction of the team’s roster. This might be a bit more than Larry Brown had hoped to instigate.

In the case that the Bobcats do match a hefty contract that the Clippers are likely to offer, they risk entering quite a commitment to Okafor after such a disappointing season. He was the face of the franchise during the expansion season, but a lot of faces have left since then. There’s really not a lot of nostalgia around the ‘Cats organization these days. Does he stay or does he go?

“With the Ninth overall selection in the Two-Thousand Eight NBA Draft, the Charlotte Bobcats. . . ”

Well, what exactly happens won’t be known until a week from now. We can narrow down a few options, though.

Option A: The Bobcats select an inexperienced big man that they draft entirely on potential, but have not seen in personal workouts (SI.com / Charlotte Observer). None of these guys have a recognizable name, so there’s no simple choice.

Option B: Charlotte drafts a point guard that may or may not fit their new system (Augustin/Westbrook/Bayless)

Option C: The ‘Cats make a big trade for a veteran talent.

Option D: Jordan and the crew choose to move down in the draft and make an exchange with a team for a player with a cap relief contract or position themselves for a move later in the off-season.
END_OF_DOCUMENT_TOKEN_TO_BE_REPLACED