I struggled hard with this one. On one hand, the Cavs just added the greatest player in the game at the peak of his prime AND a Top 10 player (Kevin Love) who fits perfectly opposite Lebron at the other forward spot. On the other hand, aside from King James, the Cavs don’t have a single player under thirty who has any Playoff experience. Also, they have an NBA newbie for a head coach and exactly two players who have positive reputations on defense – one of whom misses 30 games every season (Anderson Varejao).
But I’m gonna go with the Cavs as Beasts of the East mainly because:
A. Offense wins in the regular season – Cleveland will be an absolute FORCE at that end AND…
B. Lebron is the league’s best player and he never gets hurt. Unlike…

The Bulls have the league’s best defensive coach and the best three-man big rotation in the league now with Pau Gasol joining Joakim Noah and Taj Gibson. If 23-year old Nik Mirotic lives up to the euro-hype, you can make that the league’s best four man big rotation.
The questions start at the wings. Jimmy Butler has developed into Kawhi-East and should only get better – he’s still just 24 – but the Bulls are banking on unproven youngsters Tony Snell and Doug McDermott being ready to play meaningful minutes.
Then there’s the Derrick Rose question. Rose hasn’t played 80 games in a season since Obama’s first term. Amazingly, he’s still just 25 – but the last dynamic young guy to miss this much time was Brandon Roy. Hopefully, Rose can avoid that type of future and come back one hundred percent. If not, Bulls’ fans will be getting a steady diet of Kirk Hinrich and Aaron Brooks.

This is where the East gets interesting. Washington, Brooklyn and Charlotte finished within a game of each other last season. Two of those teams improved during the offseason, while the Nets took a step back. I have Charlotte over Washington simply because:
A. The Hornets significantly upgraded their weakest position from last season (Shooting Guard). The Wiz’s biggest move was replacing contract-year Trevor Ariza with 36-year old Paul Pierce.
B. The Hornets have a significant amount of 23 and younger players (Cody Zeller, MKG, Lance, Kemba) who should improve to varying degrees. The Wiz duo of Wall and Beal will get better as well but the jury’s still WAY OUT on guys like Otto Porter and Glen Rice, Jr. who’ve never logged a meaningful minute of NBA action.
C. The Hornets have a significant coaching/GM advantage. Steve Clifford’s defensive system will only get more advanced and more precise. Rich Cho is crafty enough to pull off a midseason deal to improve the team for both the long and short term. Wiz fans are and should be afraid that both Randy Whittman and Ernie Grunfeld signed extensions in during the offseason.
D. The Hornets have the best player on either team. Big Al was All-NBA. John Wall is a fantastic young player but isn’t there yet.
E. The newly rebranded Hornets are going to have a tremendous homecourt advantage. Long time Charlotte NBA fans and old-school Hornets holdouts will be rocking the Hive for all 41 games.

The middle of the East is going to beat up on each other. Don’t expect nearly as many gimmes as there were last season. In fact, the entire SE Divison should be a bloodbath. The Hawks, Heat, Hornets and Wiz will all likely top .500. I like the Wizards chances as a Top 4 seed. They are built to win now and adding Paul Pierce was the right move for a franchise trying to build a winning culture. In fact, if it weren’t for the coaching imbalance and the relatively thin bench behind the starters, I’d have Washington closer to 50 wins in a tougher conference.

Yes they lost the best player in the game and are left with a ton of guys on the down swing of their careers. But they also still have Dwyane Wade, Chris Bosh and Luol Deng on the roster, a fantastic young coach and a ton of super-savvy veteran role players not to mention pride. This team is no lay down Sally. As long as Wade can stay upright, consider the Heat – at minimum – a middle of the pack Eastern Conference contender.

The Raps did a great job of beating up on their weak home division (11-5) and the bottom feeders of the Conference (32-20 overall). They should be able to win their the Atlantic again this season with the Nets regressing, the Knicks standing pat and the Celtics and Sixers rebuilding. But Toronto is gambling that a combination of continuity and internal growth is enough to keep them in the East’s Top Four. With the middle of the Conference getting crowded, that bet may very well backfire.

The Hawks confuse me. In theory, a Horford/Millsap/Teague combo should be very good. And they have a tremendous amount of outside shooting and a very good coach and general manager. But Atlanta is also an under-the-radar “old” team. Aside from raw German phenom Dennis Schroeder and 23-year old rookie Adrien Payne, the Hawks don’t have much in terms of young guys who could break out. Also, you have to imagine the best coaches in the East like Clifford, Van Gundy, Spoelstra, etc – spent the offseason figuring out how to neutralize the Hawks gimmicky three point barrage. They’ll be good but don’t expect the Hawks to run away with the Conference even if they manage to stay healthy.

Getting Lopez back will help as will upgrading from Jason Kidd to Lionel Hollins. But they lost Paul Pierce and Shaun Livingston – who were both key starters on last year’s 44 win team. Hell, they might’ve been the Nets BEST starters for much of the season. Kevin Garnett is another year older and can only be counted on for spot minutes. Joe Johnson is a 33-year old wing. The team’s “leader” is Deron Williams and whenever you’re counting on D-Will to lead your team out of adversity, you’re in trouble. Also: 7ft+ guys with foot problems scare me. A lot.

Indiana. This team struggled to score with Lance Stephenson and Paul George on the floor. Now they’ll replace them with Rodney Stuckey and CJ Miles. This is an ’96-’97 Spurs tank year for Indy – the roster is a Hibbert trade away from being garbage.

New York. They’ll threaten .500 but it’s fairly obvious that the Knicks are more concerned about the next season, not the coming one – once Amare’s contract comes off the books, and Fisher/P-Jax figure out what they’re trying to build, the Knicks will likely be back on the road to relevance.

Detroit. SVG was a great coaching hire. Great GM hire? We’ll have to see about that. Some odd personnel moves were made this summer and the Pistons still haven’t resolved either the Josh Smith or Greg Monroe situations.

NOT WORTH TALKING ABOUT (YET):
Boston, Milwaukee, Orlando, Philly. 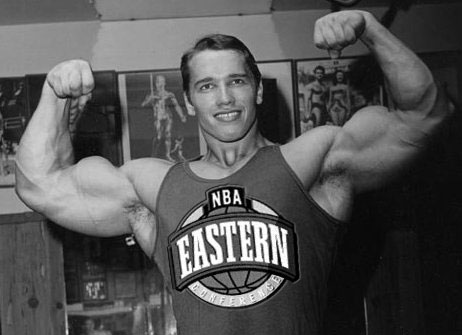