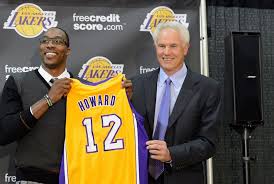 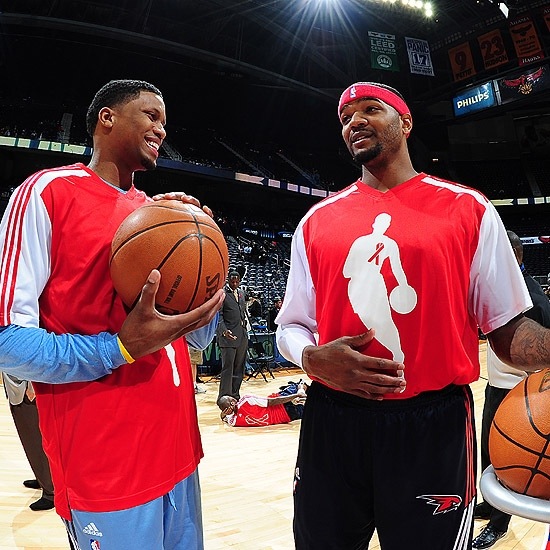 Let’s hope Rich Cho and Rod Higgins have an unlimited minutes plan. With up to $19 million in expiring contracts, multiple 1st Round draft picks and a roster devoid of Playoff talent, it’s a near certainty the front office duo are working the phones to acquire talent before the February 21st deadline. Let’s have a look at some of the options available as we approach the frenzy:

Expirings about to Expire

In particular, you can all but guarantee Charlotte will attempt to move the expiring contracts of upcoming free agents Gana Diop ($7.3m), Hakim Warrick (team option, $4m) and Reggie Williams ($2.6m). The Queen City’s never been a major free agent destination so acquiring a quality player already under contract with this space is imperative. While fishing out a highly paid psuedo-star like Rudy Gay is an option, the team could also use the expiring contracts in the form of a salary dump to bring in a prospect or pick, for example:

Nothing says “fresh start” like the dumping of a truly terrible contract. As much fun as it would be for a guy named “Salmons” to play in Seattle, he’s extremely overpaid for his production. With John off the books, the soon-to-be-Sonics could both re-sign Tyreke Evans and dip their toes into a decent Free Agency pool. The price for taking on Salmons’ additional two years would be Robinson, who has the potential to be a league-leading rebounder and a decent post player.

Mark Cuban is going all in this summer and the only thing standing in his way is the final year of Marion’s contract. By dumping it, Cuban will have nearly $25 million to blow in free agency BEFORE utilizing all the Mavs’ cap exceptions. Meanwhile, Charlotte rents a fading yet useful combo forward for 18 months. If Shawn pouts, the Cats can buy him out midway next season but if not, they’ll have a highly useful rebounder/jump shooter in their rotation. The real bounty in the trade is Crowder, a high-energy, rebounding machine on a pint-sized contract for two more seasons. Dallas’ 2nd Rounder would replace the one Charlotte traded to OKC for Byron Mullens.

If Cho and Higgins were to roll the dice to bring in a youngish, All-Star-ish, type of player there are a few options out on the trading block:

As controversial as it sounds, this deal could ultimately help both teams. Memphis dumps Gay’s massive contract and adds another wing stopper in Kidd-Gilchrist, freeing the team to pair Mike Conley with another scorer instead of re-signing free agent-to-be Tony Allen. The price, of course, is taking on the last two years of Thomas’ laughable deal. Though overpaid, Gay gives Charlotte exactly what they need as a dynamic offensive SF while Arthur provides a steady two-way presence at the other forward spot. Also, trading Tyrus alleviates the need for using the amnesty clause on him – a move that could save Michael Jordan up to $18 million over the next two years. Before you scoff at the idea of a penny-pinching owner, keep in mind that the cash could be spent on the next coach hire (Stan Van Gundy, anyone?), the Hornets rebrand, front office help and a quality bench player or two. Next season’s Kemba/McLemore/Gay/Arthur/Biyombo lineup and deep bench could certainly compete for a Playoff spot.

A straight salary dump for the Raps with a mid-round pick thrown in for their troubles, Toronto officially moves on from the disappointing Bargnani era, allowing the assurgant Ed Davis to claim the starting spot for good. Charlotte gets a sweet-shooting big man who actually makes good on his stroke – Bargnani takes Byron Mullens’ re-signing out of the equation come July and provides the Cats with a niche outside-in complement to Biyombo and MKG in the frontcourt. Also, did I mention that Bargnani makes Mullens redundant?

If the soon-to-be-Sonics are convinced that they can’t or don’t want to sign Evans to a $10 million plus per year deal in July, they can make a trade like this one. Henderson gives them a less expensive backup plan for a starting two guard and the pick from Detroit adds to the new management’s stash of assets. The Cats roll the dice here by adding Evans and his upcoming near-max deal but the payoff could be huge. Evans is only 23, taller and bigger than Henderson and a very good ball handler AKA a near perfect long-term complement to Kemba Walker. Tyreke is a consistent jumpshot away from an All-Star game. This is exactly the sort of player the Cats should be targeting.

By far the most prepostorous of the scenarios, Charlotte would “win” the right to pay Smith $18 million or so per year over the next four seasons. Atlanta seems less than thrilled with that very idea so have been shopping Smith over the past few months. While the concept of trading Smith within their own division (much less the same Conference) might seem abhorant, acquiring two mid-round draft choices and $14 million in cap space may alleviate the sting. Smith would immediately become the Cats’ most dynamic scorer and a fine match with MKG – but factoring in Smith’s contract demands, maturity issues and Atlanta’s division-rival status, it’s a definite longshot.
-ASChin

Hello Baseliners — no rest for the weary.  After a crazy trade deadline day, we’re already looking ahead to Friday night’s big matchup with Lebron, Antawn, Shaq and the Cavs at the Cable Box.  I’ll be there, Tweeting live from the game as long as the arena’s WiFi plays nice with my phone.

The Cavs lost at home in overtime to the Nuggets on TNT Thursday night to end their 13-game winning streak, so they’ll be looking to start a new streak on the second night of a back-to-back.  Antawn Jamison did not suit up for the Cavs on Thursday night, but is expected to be activated for the matchup with the Bobcats.

In addition to seeing the big game, you’ll also have the chance to check out our Gerald Wallace “SarcophaCrash” t-shirts on Friday night, and even pick one up at a discount if you’re so inclined.

I’ll be bringing a handful of t-shirts and will be outside the arena early from about 6:00 to 6:30 PM.  Look for me to the left of the big crush at the main entrance with the lines and ticket scalpers.  I’ll be a little further around the building, close to the season ticket holder’s entrance, sporting the t-shirt.

With shipping, the t-shirts end up being around $28 via the website here. In person, they’ll be $25, so you’re saving a few bucks — please bring correct change. See you there.

Last but not least, here’s a few more links to wrap up the trade deadline madness from Thursday: