Will the Bobcats be smiling like this at the end of the regular season? ESPN.com’s NBA guru John Hollinger seems to think they’ll have reason to. In his season preview of the Bobcats, Hollinger projects the team to finish 40-42, good enough for the 8th playoff spot in the East.

Hollinger cites the upgrade of Larry Brown over Sam Vincent as perhaps the biggest driver behind the improved outlook, but also notes the returns of May and Morrison and the upgrade of DJ Augustin over Jeff McInnis as important reasons.

One positive that Hollinger doesn’t mention is that the core of this team (Wallace, Okafor, Felton) has been together for several years now. Jason Richardson (after initially seeming nonplussed about being traded to the Bobcats) has assimilated nicely into this group, providing the team with a solid group of young veteran leaders who are on the same page on the court. Core continuity is huge in the NBA, and the Bobcats have it going into the ’08-’09 season.

In other, less objective Bobcats coverage, Bonnell and Sorenson at the Observer sound like they’re doing kegstands with Larry Brown Kool-Aid, while Matt Rochinski at bobcats.com has similarly relentlessly positive, yet indispensable training camp news. 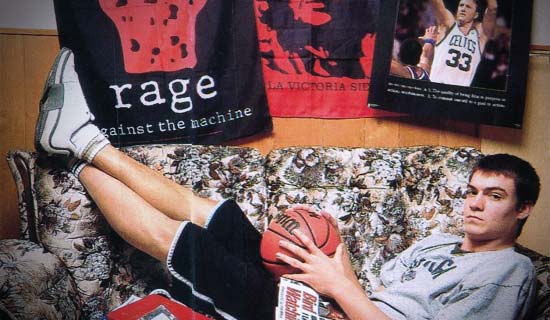 It looks like the entire Bobcats crew has choosen to show up prepared for training camp. Each member of the roster has made an appearance at the arena this September. It sounds as if Jason Richardson spent some time working on his own game, while determining how to best inspire and organize the rest of the team to get a head start into the the next season. It’s nice to see J Rich take on a role of leadership for a team in transition. In a recent interview, he made mention of his numerous coaches in his NBA career and the team should be stronger for someone with his experience.

Richardson stayed in New York for a short stretch over the summer to work out with Emeka, and sparked off season pick up games in Charlotte over the last month and a half.  This could be a break out year for J Rich, but it’s clear that he wants to make it a bigger year for the team.  He’s yet to make an All Star roster, but he’s played alongside the league’s best for a while.  His involvement as a leader for the team should make the front office very comfortable with their decision sending Brandan Wright to Golden State.  He is exactly the type of player that Charlotte needed then and still needs this season.

Not only do the Bobcats look to gain an advantage with their off-season conditioning and preparations, Larry Brown should do wonders for the squad during training camp. Surely, some of the guys who were underutilized with Coach Vincent last season will see improvement with better definition of their roles. Still, there may be a few players that find training camp a bit humbling as they are loaded with a new style and new terminology from Coach Brown.

Training Camp starts next week and there are several successes of the ’08 offseason for Charlotte fans to keep in mind.
• Charlotte cut ties with the insufficient Sam Vincent
• Charlotte brought in an experienced, and successful coach with Larry Brown
• Emeka Okafor returned to the team for a fair market contract
• Gerald Wallace and Jason Richardson both return this season (despite trade rumors)
• Raymond Felton now has competition to drive him harder
• Adam Morrison and Sean May are back and playing basketball again.
• Ryan Hollins will take Alexis Ajinca under his wing.