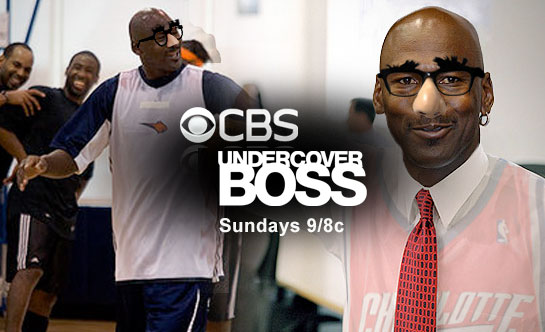 In an effort to improve his “company” and get to know his new “employees”, Charlotte Bobcats Owner-Elect, Michael Jordan will infiltrate his workforce during an upcoming episode of Undercover Boss.

The new CBS reality series follows high level corporate executives as they slip anonymously into the “lowest level” jobs within their companies. Once undercover, they get their hands dirty among their rank to find out what their employees REALLY think of them and learn about themselves in the process.

Michael Jordan will be going undercover as a Bobcats player.

So how will the best player in history remain anonymous on the court?

The obvious ulterior motive of Jordan’s appearance on the show is get his team into the playoffs. By going undercover, he is sure to improve workforce morale by scaring Gerald Wallace, Gerald Henderson, and Stephen Jackson into thinking that their jobs are in jeopardy.