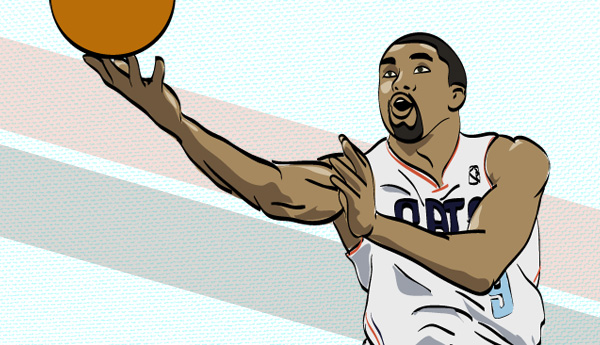 With the NBA draft just around the corner, this becomes the most important part of the year for the Bobcats. They have yet another top-five selection—the fifth in their ten-year history—and some key free agent decisions. Most notably former lottery pick Gerald Henderson.

It’s impossible to deny that Henderson has been one of the most successful Bobcats draft picks to date. Which is to say, he’s not a total, unparalleled failure.

Henderson came into the league as an elite athlete known for his defensive acumen. That much hasn’t changed in his four years in the Association, but since he’s been given solid playing time (a.k.a. when Larry Brown left), he’s scored at a very respectable clip, too. He hasn’t put up quite the scoring numbers Kemba Walker has (13.6 PPG vs. 15.2 PPG), but he closes that margin on a per-36 minute basis (16.0 vs. 17.4). Hendo’s been particularly good in catch-and-shoot plays coming off screens—he was sixth in mid-range shooting among shooting guards last year at 43.4%.

Now, Henderson is a restricted free agent, and the upcoming NBA draft features two young shooting guards who may be available for Charlotte: Victor Oladipo and Ben McLemore. One who is very similar to Henderson and one who is completely different.

First let’s take a look at Oladipo, who has a shockingly similar profile to Henderson.

There are obviously some differences between them that favor Oladipo (42” vs. 35” vertical and .441 vs. .336 junior year 3-point percentage, although their .338 and .329 3-point percentage throughout college makes it closer). But drafting the Hoosier just seems redundant when there are other players on the board.

The good news (?), though, is that Oladipo probably won’t be on the board when the Bobcats select fourth; Orlando reportedly has an eye on him with the second pick.

Ben McLemore, on the other hand, is a completely different animal. His game is based on shooting instead of defensive intensity, something the Bobcats have been searching for ever since they traded Jason Richardson.

McLemore’s redshirt freshman year was a mixed bag, since he shot 42% from beyond the arc and nearly joined the 50-40-90 club (.495/.420/.870) but also faded in the NCAA tournament and deferred to Elijah Johnson all year. He even had 11 20-point games, although he also had 12 games with 11 or less, including a 2-point performance in the Round of 32 against North Carolina.

McLemore has the raw tools to be an All-Star and a solid defender, but he hasn’t shown the killer instinct of a superstar. Say what you want about intangibles, but McLemore does have one skill the Bobcats desperately need: shooting.

In a vacuum, I like McLemore. But the cost of drafting McLemore isn’t just “missing out” on Anthony Bennett or Alex Len, it’s losing Gerald Henderson, too. Charlotte wouldn’t bring back Henderson after drafting McLemore because there simply aren’t enough minutes for the development of Walker, Ramon Sessions, McLemore, Henderson, Michael Kidd-Gilchrist, and Jeff Taylor. McLemore will probably be a good player, but will he be better than whomever else the Bobcats would draft and Henderson? I’m guessing that’s a no.

Gerald Henderson will never be Kobe Bryant, but the Bobcats, according to the Charlotte Observer’s Rick Bonnell, understand his value. Three-and-D wings are becoming very important—look at Danny Green in these Finals—and Charlotte understands GH’s value more than any other team.

Henderson won’t cost as much as DeMar DeRozan’s leviathan 4-year $40 million deal—the Raptor was drafted three picks before Henderson in ‘09—he’ll be more in the $5-6 million range, a bit above his $4.3 million qualifying offer. The Bobcats have the right to match any offer another team gives, but it’s hard to imagine him getting an offer much higher than the mid-level exception. The market will likely dictate a four-year pact for about $22 million, although he’s probably worth even more than that.

If the choice comes down to a rookie shooting guard (McLemore) or Henderson and a rookie big man (Bennett, Len, or even Noel), I’m taking the latter every time.

And if that doesn’t convince you, Henderson has my favorite nickname in the NBA: The OG (The Other Gerald). That has to count for something, right? 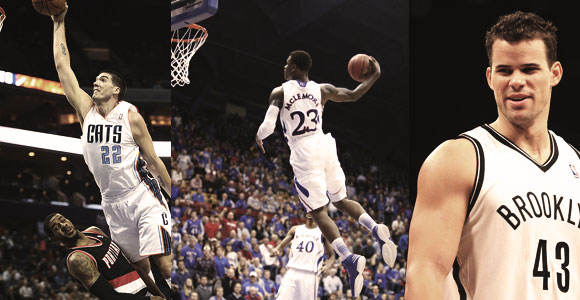