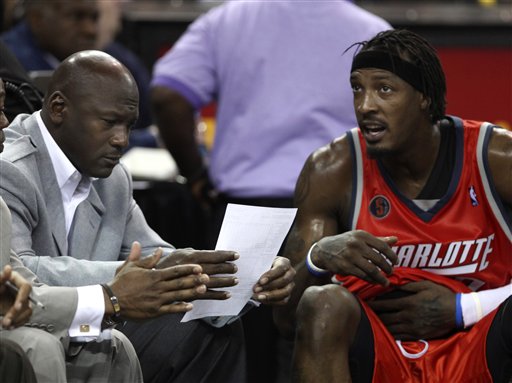 Your reading assignment for today: ESPN.com’s John Hollinger with a nice piece on the Bobcats’ chances of nabbing the 8th playoff spot.  At the time he wrote this, his own Playoff Odds formula gave the Cats a little less than a 20% chance of finishing 8th, but Hollinger argues that the actual odds might be a bit better due to one thing his formula can’t account for:

…the biggest reason to think Charlotte has a shot at the playoffs — a much greater shot than the 19.8 percent chance today’s Playoff Odds suggests — is the history of the man on the sidelines…

…Brown spends half the season breaking his team down and building it back up again, positioning them to make a charge down the stretch. So it should surprise nobody that the Bobcats, after beginning the season 11-22, are 15-13 in their past 28 games.

Hollinger also covers some other important factors, such as the Bucks miserable injury situation, the Bulls already having lost the tiebreaker with the Cats, and the fact that the other playoff dreamers have similarly challenging schedules down the stretch.

As if on cue, check out tonight’s NBA scoreboard.  The Bucks and Nets both lost (to Cleveland and Boston, respectively), which means that the Cats are now just 1.5 games out of the 8th playoff spot.

And by the way, for a guy who was pegged as a stat guru, Hollinger has been prolific with the all-around NBA content this season.  Definitely 2009 MVP of the ESPN.com NBA writers.

2 thoughts on “A Little Love From Hollinger…”