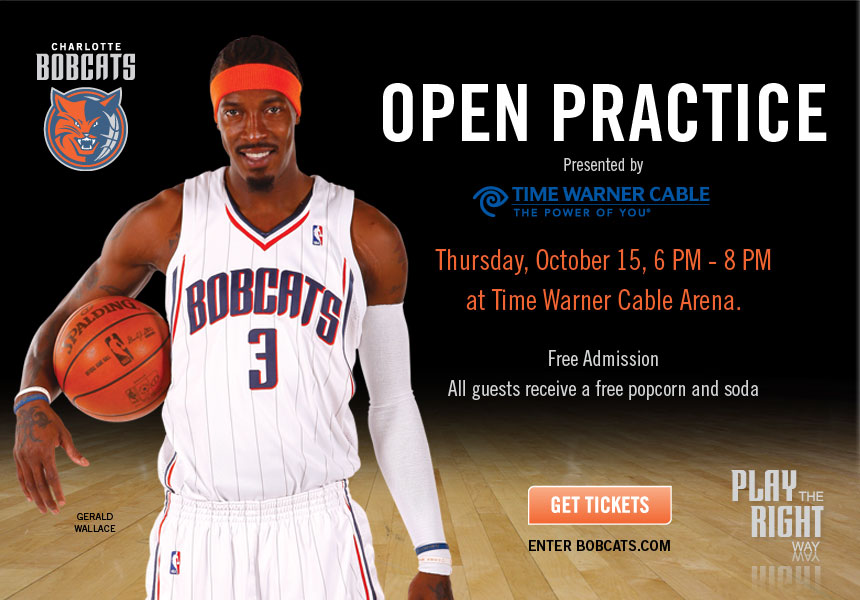 Anyone heading to open practice tonight at the Cable Box?  Be sure to download your free ticket so they have an idea of how much watered-down soda and salted-up popcorn to have on hand.  Seriously, though, ever since the Cats announced they’d be holding camp here in Charlotte, I’ve been kinda looking forward to this.  I’m sure it will be utterly disappointing, but we’ll see…

And maybe while we’re there, we can pass around the collection plate to chip on for the outrageous fines that LB and the Cats incurred due to his tantrum the other night.  Seriously, $60K each for Brown and the team?  The going rate for a “criticizing the officials” fine seems to be $25K (recent example here), and reportedly the extra $35K is for the on-court verbal abuse and the dreaded “not leaving the court in a timely manner” clause.  Not sure how they are justifying double-charging the team the same fine.

Clearly, the league is rather sensitive over the labor impasse with the regular refs.  And is it really surprising to anyone that Larry Brown was the first coach to freak out and have an example made of himself?  On a positive note, this whole kerfluffle did lead to me finding this awesome website, which simply lists all NBA suspensions and fines since 1994-95.

Oh, and FYI, here’s this year’s season tickets.  While they’re clearly a step up from last year’s abominations, they’re still a bit listless for my taste. 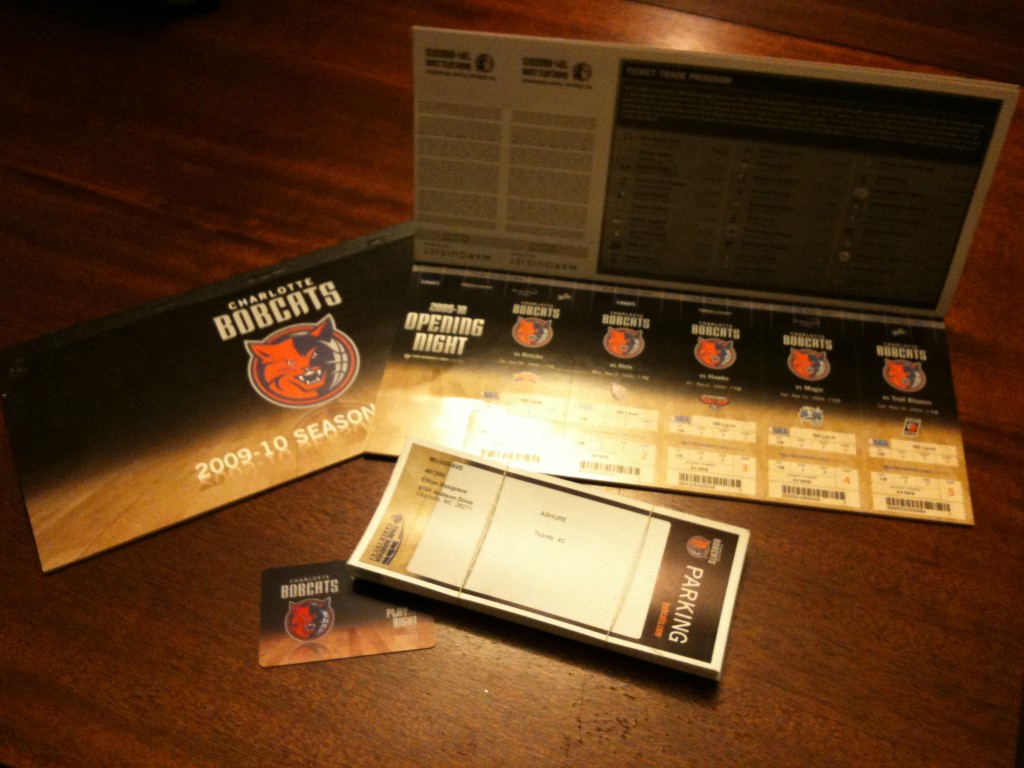