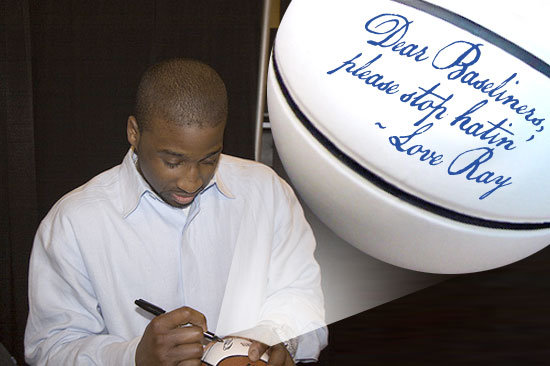 This morning’s Sunday paper had some great coupons; discounts on Newman’s Own salsa is money in the bank. However, I was a slightly more stoked on Rick Bonnell’s article regarding the Raymond Felton quandary. He breaks down the pros and cons of trading, offering a long-term deal, or qualifying him for another season.

Trading Felton could only impede the momentum this team is generating…Why wouldn’t you want two capable point guards if it’s within your power? And Felton can play shooting guard, so there are multiple ways to utilize him without hindering Augustin’s development.

1. Raymond is the Bobcats’ Mighty Putty; he has been holding our shit together for months.

2. Maybe a stellar point guard combo could be like having a quarterback that can run the ball.

Even being a Ray fan, I realize that 2009 is not the time for a long term deal but keeping him around for another year would be ideal. We could keep running the PG/SG mash-up through next season to see if DJ can effectively run the team instead of running “The DJ Show” then use one of them in the 2010 free agent fiasco.

If you remove the Mighty Putty, the coffee mug has no handle.

5 thoughts on “For the Raymondhaters”