My decision on whether or not to renew my season ticket package just got a whole lot easier.

Jordan is coming out of retirement.

We assumed that Jordan left the squad due to her loss in the (obviously rigged) Lady Cats Hot Shots Tournament in 2008 but we have learned that she was simply getting her calves on point.

The Bobcats Baseline obsession with Fair Jordan began when her online bio revealed that she is originally from Fort Mill; the hometown of some fellow Baseliners. Rest assured, her new bio is even better…she has expanded it to include notes on her obsession with poker and pickles.

Please pause to click on these awesome Jordan pics… 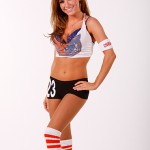 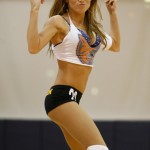 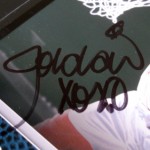 Jordan’s return marks a new day for the Bobcats Baseline Lady Cats Publishing Division who have only posted one article about the Lady Cats over the past season because, c’mon folks, they were struggs. With Jordan back in the mix, and under the continued direction of Brandii McCoy, expect comprehensive Lady Cats coverage with in-depth analysis during the upcoming season.

In other Lady Cats news…I think Jenn is pregnant.