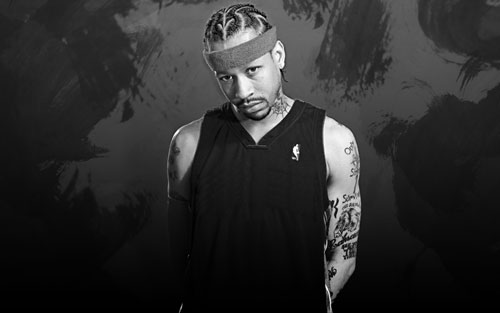 We’ve been writing about it since early April.  Fans have been debating the move all summer.  And now Dime Magazine is reporting that the Allen Iverson Era is almost upon us.

The move is aggressive and smart.  Iverson will provide a much needed scoring presence on the court and a huge marketing boost for a team with little brand recognition.

As the Bobcats current salary glut illustrates, the team will need to make another move if they want to add quality frontcourt depth while staying under the luxury tax threshold.

Several prominent voices in the Bobcats online community (including the team’s beat writer) have speculated that the Iverson signing would signal a trade of Raja Bell and his expiring contract.

For one, trading Raja would shackle the team with an impossible Raymond Felton/D.J. Augustin/Iverson backcourt rotation.  As none of these players measure greater than 6’0″, Larry Brown would have to depend on unproven rookie SG Gerald Henderson to check taller SGs and PGs.

Also, if Iverson’s contract runs for either one or two seasons, the Bobcats would be in perfect position to start two young players on rookie scale contracts (Henderson & Augustin) if Bell and/or Iverson decide not to re-sign.

This all points to the seemingly inevitable Raymond Felton trade.  He would have to approve any deal after the Bobcats extended a qualifying offer earlier this summer but there are still quite a few teams in need of a starting caliber PG and Raymond could potentially squeeze a nice multi-year offer from them in a sign and trade.  The Bobcats could then bring back some insurance at the PF position and be primed for a Playoff run in the coming season.

Though the ink hasn’t formally wet the paper, the Baseline applauds the Bobcats organization for their aggressive overtures in recruiting one of the NBA’s all-time greats.

13 thoughts on “The Answer Awaits”