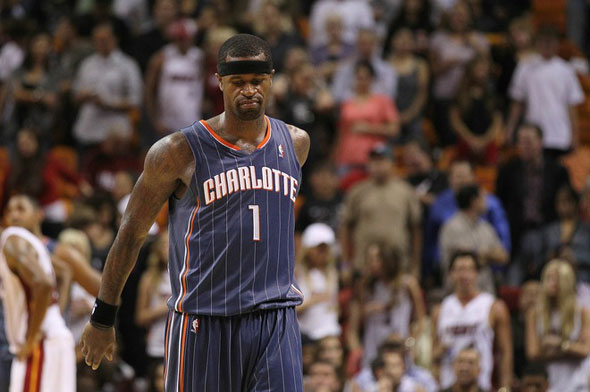 After playing a truly awful first half against the Miami Heat, the Bobcats proved to have some heart, erasing a 21-point deficit to bring the game within reach and even taking the lead with about 3:47 left in the fourth quarter. However, they would relinquish the small lead and the Heat held on to claim victory 95-87.

Notably, Gerald Wallace struggled all night while Stephen Jackson had one of his best games so far this season. D.J. Augustin played pretty well, though in very limited minutes. All in all, this made for the usual Bobcats loss: play up (or down) to the opposition and then come up short as the clock winds down.

Don’t get too upset about this loss, Bobcats fans. We shouldn’t cry too much over a loss to a team of that caliber, especially with a game tonight against the Suns. If you go to the game tonight, I hope you have a good time. I’ll be back in Charlotte in a few days and hopefully I’ll find some tickets and be able to cheer on our team. Let’s go Cats!

One thought on “Bobcats Can’t Complete Comeback, Lose to Heat”