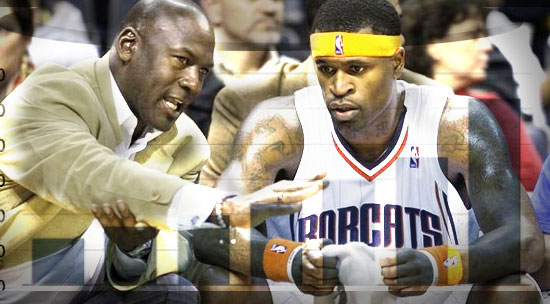 Can The Bobcats Make A Move This Summer?

The NBA’s most anticipated Free Agency period has begun. With the Cavaliers fourth loss to the Celtics, the Lebron watch was on. Within the last month, Chris Bosh, Dwyane Wade, Joe Johnson, Carlos Boozer, and Lebron James have entered the summer with suitors all over the league scheming to draw up contracts.

The Charlotte Bobcats won’t be in the hunt for any of those big names this summer. Basically, the Cats just don’t have the funds to chase the stars. But, we can’t be so quick to assume that the off-season will be quite for Charlotte. Since Larry Brown’s arrival, they may lead the league in player trades and acquisitions. So, it would be tough to bet against more roster moves, with or without Coach Brown.

So, what would be the Bobcats’ best chance at a roster upgrade this summer?

Considering that the Cats ranked as one of the league’s top defenses, offense would be the obvious focus of any roster move. Beyond the point guard position, this team could use another offensive contributor. Charlotte might not be courting Lebron, D-Wade or Joe Johnson, but they could be a facilitator for a team looking to rework their line up after acquiring one of these stars. Just as likely, the Bobcats might have a piece or two that could benefit a club that misses out on their free agent of choice. Maybe Jordan and his staff are in line to provide some consolation prizes, while upgrading the Bobcats.

If you missed out on Lebron James, what would you give for Gerald Wallace? If Joe Johnson bails for another town, Atlanta might appreciate Stephen Jackson? Could an aging club (Spurs / Celtics) find a use for young Gerald Henderson or Derrick Brown?

Despite finishing with their best season in franchise history, Michael Jordan and Larry Brown won’t be satisfied with a single Playoff run (which was a quick sweep). These guys will want to see improvement, and a couple of sly moves this summer could position the team for years of success. The best move that this team could make starts with their most valuable asset. GM Rod Higgins should scramble to get the most return for a top trade asset, before that player’s value begins to slip. The team’s obvious top two options are Gerald Wallace and Stephen Jackson.

Wallace is coming off a career year, full of recognition and praise. He’s also become a fan favorite and may be just too important for the club to trade away. “Crash” has several good years left, and has loyal supporters in Jordan and Brown. On the other hand, Stephen Jackson is still the new guy in town, and might be looking over the horizon to the downturn of his career from here.  Considering the previous state of his reputation, it was impressive to see how he served as the leader of the Bobcats within days of his arrival. Still, his game might slide quickly and he’s likely at the peak of his trade value this summer. Charlotte has done a superb job to quietly rehab Jackson’s image and improve their investment in him. Although his temper could be a distraction, the Bobcats have treated it as “passion.” With the lackadaisical way that T-Mac hits the court, doesn’t “passion” look like a pretty great quality these days?

Will Stephen Jackson be traded this summer?

It would serve Charlotte well to focus on the portrayal of Jackson as the experienced veteran scorer , who stepped into town and led a new club to their first Playoff appearance. His well-documented past will weigh on him wherever he goes, but the bigger risk might lie ahead in the future  – when a new coach will have the task of managing “Jack” on a roster as his skills start to fade.

Is now the best time to trade Stephen Jackson?  It appears so. Will the Bobcats look to trade him this summer? It’s more likely than not that Jordan and Higgins will “explore the option.” The big question is – what can Charlotte gain in exchange for their most valuable trade asset?

10 thoughts on “Bobcats Have Stephen Jackson At Peak Value”