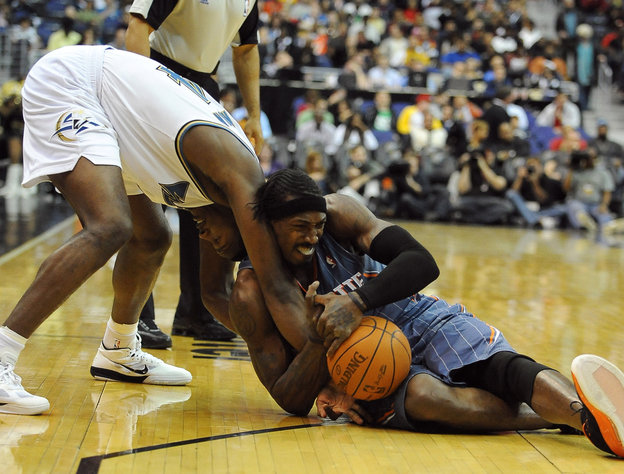 The Charlotte Bobcats held on to a late lead Friday night to beat the Washington Wizards 93-85, stringing together their first win streak of the season. Three players in particular stepped their game up tonight: Gerald Wallace (surprising, huh?), D.J. Augustin and Boris Diaw. The defense also played pretty well, holding the Wizards to 42% shooting, notably holding Al Thornton and Gilbert Arenas to a combined 3-22 on the night.

And it can’t be stressed enough that the Bobcats, who won a total of 13 games on the road last year, have already won three while out of town. The 2009-2010 Bobcats’ third road victory came on January 3, 2010. So maybe we can curtail our worrying a little bit?

I’m going to be writing recaps in my own style, which I call Yays and Nays, Yays of course being good things and Nays being, well, I should hope you can guess that. From here, the Bobcats take on the very, very hot, nay incendiary Utah Jazz with the great play of Paul Millsap and Deron Williams. If the Bobcats are the Bobcats of old and play up to their competition, maybe (MAYBE) we sneak one out at home and prove to the home crowd that our slow start was just that – a slow start. For those with tickets in Charlotte, don’t sell your season tickets just yet, this team has a lot left in the tank and a lot of room to improve.