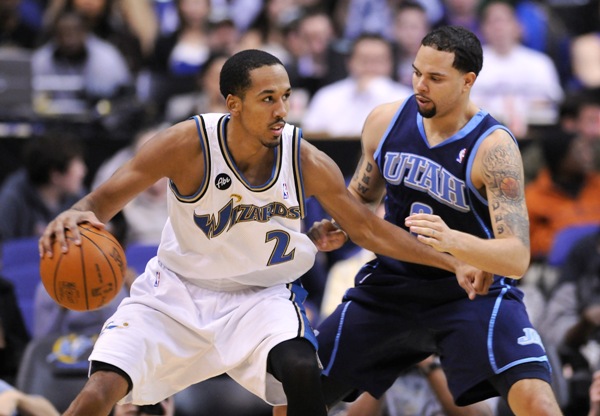 The Charlotte Bobcats signed free agent point guard Shaun Livingston to a two-year, $7 million dollar contract today.  Yahoo’s Adrian Wojnarowski is reporting that the Cats will hold a team option for a third season.  Here are links for the AP story and Bonnell’s for the Observer.

Livingston is best known for the horrific knee injury he sustained in 2007 while playing in his third season for the Los Angeles Clippers.  Sadly, getting to “S-h-a-u-n L-” in a google search gets you suggestions of “Shaun Livingston” followed by “Shaun Livingston injury”.

After coming into the league straight from high school and seeing limited playing time his first two years, the skinny, 6’7″ point guard had begun to fulfill his potential during the 2006-07 season, averaging 9 points and 5 assists in almost 30 minutes a game.

However, disaster struck on February 26, 2007 as the Clippers were hosting (ironically) the Bobcats.  After Raymond Felton made a clean challenge on his breakaway layup attempt, Livingston landed awkwardly.  His left knee buckled medially, shredding his ACL and PCL and completely dislocating the joint in the process.

I remember being up late watching that game and cringing.  Video is readily available on the internet, as is a particularly gruesome photo that’s worth seeking out if you’ve ever wondered what the distal end of your femur looked like.

Livingston spent the 2007-08 season out of basketball rehabbing.  Since then, he has bounced around from the Heat to the Grizzlies to the Thunder before winding up with the Wizards late last season.  It was there where Livingston seemed to get his groove back.  He played in 26 games down the stretch in Washington’s lost season, starting 18 while averaging 25 minutes, 9 points and 4.5 assists per game.

Prior to today’s signing, the Bulls had shown interest in Livingston this summer, while there was sentiment in Washington that he should be resigned to back up John Wall.

And there’s no question that the Cats needed some point guard depth, but Livingston’s signing is curious nonetheless.  We now have two backup-quality point guards on the roster, both being paid backup (and not “end of the bench emergency third point guard”) money.  I don’t think it’s too pessimistic to say that we are in trouble if we enter this coming season with DJ and Livingston battling it out to be the starter, nor can we realistically afford to pay one of them what they are owed for being the third point guard.

What I’m trying to say is that I think Jordan is still in the market for a starting-caliber point guard, and that the writing may be on the wall for DJ here.  Just sayin…

And here’s a couple other tidbits before I hit the sack: