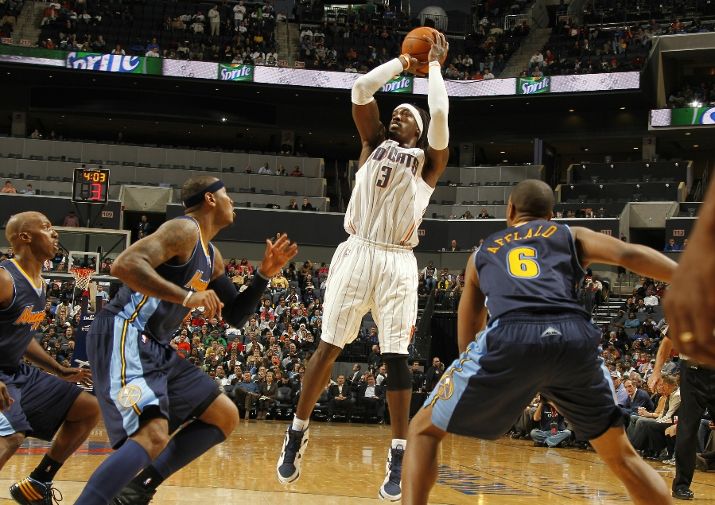 The Charlotte Bobcats cooled off the streaking Denver Nuggets 100-98 on Tuesday night at the Cable Box.  The Nuggets came in winners of seven in a row and trying to get head coach George Carl his 1000th NBA win, but ran into a Bobcats team desperate to right the ship after suffering an ugly loss over the weekend.

And so the desperate home team did just enough to win.  There were some nice signs, which I’ll note below.  But as nice as it is to notch a victory over a good opponent and temporarily quiet the negative buzz that had been growing around the team, there are still glaring problems.

The Bobcats have been very shaky late in games this year.  Tonight they led by 8 with 90 seconds left, but let the Nuggets right back in it with sloppy play that continued right down to the buzzer, allowing Chauncey Billups a chance at a tying jumper at the buzzer.  The way it was going, I half-expected Chauncey to stop at the three-point line and drain a game-winner.

Additionally, turnovers continue to haunt the Bobcats — they had 18 of them, leading to 28 Denver points.  The defense, while adequate tonight, is still several notches below the level it was at last year.  Nazr Mohammed is bringing very little to the table.  Tyrus Thomas still hasn’t quite taken that step that we were all hoping he would this year.