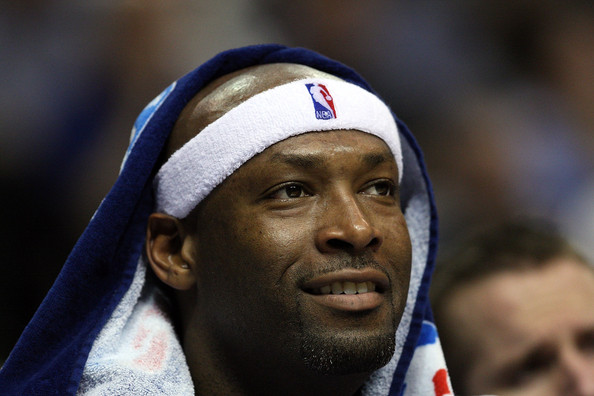 Over and over this summer, we’ve heard that the Bobcats could package up Erick Dampier’s rare $13 million expiring contract to help acquire another talent to strengthen their roster for the upcoming season. Initially, it seemed as though the club would have been fine to simply waive Dampier, get under the luxury tax level and then resign the veteran Center for a bargain deal.  The 6′ 11″ Dampier wasn’t too interested in working out such a sweet deal with Jordan and the Cats, and Charlotte had to bring in another big man for security – Kwame Brown. Due to NBA rules, the Bobcats were unable to combine Dampier with another player in a trade for a period of 60 days. That period is over on Monday, September 13th.

Now, the clock is ticking and it appears that the Bobcats have two options.

Option 1: Pick Up The Phone.

Charlotte can work their tails off to line up a deal (likely involving multiple teams) to get some type of return for Dampier’s expiring contract. For many teams, the contract could be the fastest way to get their finances in order. Such an asset could help a team initiate a “rebuilding cycle” or simply get below the luxury tax level while assembling a championship contender. At the moment, the Bobcats seem interested in testing the waters to determine if they can benefit more by getting a solid player in return for Dampier’s rare contract terms.

The Bobcats can waive Dampier, taking advantage of his expiring deal to get their own financial house in order. After letting Dampier go, the team could focus their efforts to trade Boris Diaw or Nazr Mohammed (who is in the last year of his deal) in exchange for any necessary roster pieces.

Can They Screw This Up?

Ultimately, the only thing the Bobcats could really do wrong would be to pick up a bad contract in exchange for Dampier. Charlotte tends to swap a lot of players and take on financial baggage along the way. This is an opportunity for Charlotte to straighten out a few of their missteps and get their financial footing for their next wave of building a better team.