My allergies have been just horrible this Spring…

And It’s not because of the oak pollen.

Over the past few weeks, Charlotte has been under a cloud of Fair Weather. The record amount of support for the Bobcats has been really difficult to bear. I’ve been sneezing non-stop since we made the Playoffs; I break out in hives when I’m shoulder-to-shoulder with people on the Lynx Light Rail (disease train); and every time I see someone wearing a Jordan Brand shirt I keel over with the dry heaves. 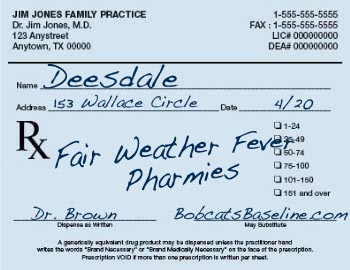 For the past 6 years I have been a Bobcats fan solely for the indie-cred. To be a Bobcats fan meant that you were an outcast; a freak. I found solace in being part of a community that accepted me for, well, me. The Bobcats fan-base was so small and welcoming. Are those days gone forever?

Will the Bobcats no longer be made up of chill bros that play World of Warcraft (between games) in their basement?

Are Bobcats fans no longer just a group of teenage mutants that live in the sewer?

I just don’t understand why “the others” have suddenly become die-hard fans of OUR team.

“That Damn Arena took ALL my tax dollars!”

“Bob Johnson is a complete dbag/weirdo/jerkface!”

“The NBA is nothing but a bunch of thugs!”

Fortunately, the fog of fair weather seems to be clearing…

I can only hope that the Bobcats fan community can go back to being the small group of misfits it once was.

I pray that we will no longer see the skyline lit under a hue of orange. 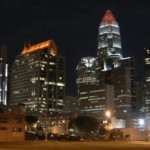 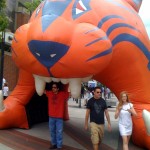 I hope to never again see Gerald Wallace on the side of the Light Rail. 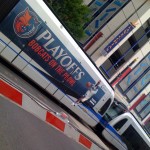 If Charlotte can just go back to ignoring the Bobcats, maybe, just maybe, we can have our team back.