Jordan Bringing Kwame to The Cats 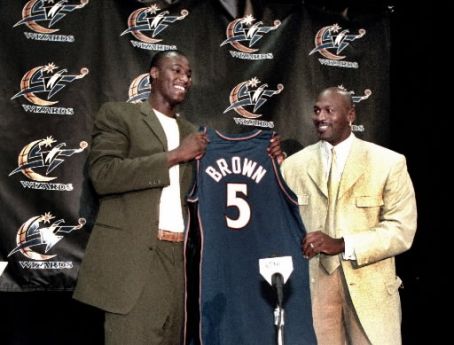 ESPN.com just posted this story about Kwame Brown coming to the Charlotte Bobcats.

A reunion that no one in the NBA expected will be taking place in Charlotte this season when Kwame Brown suits up for the Michael Jordan-owned Bobcats.
Brown’s agent, Mark Bartelstein, told ESPN.com on Monday that the 27-year-old has agreed to sign a one-year deal with the Bobcats.
The deal, for the league’s veteran minimum, will bring Brown and Jordan back together after Jordan drafted the power forward straight out of high school in Washington with the No. 1 overall pick in 2001 in a move that worked out disastrously for both of them.

Man, what are the Bobcats thinking on this one?
Could they be securing another Center because Dampier, Diop, or Mohammed will be traded?