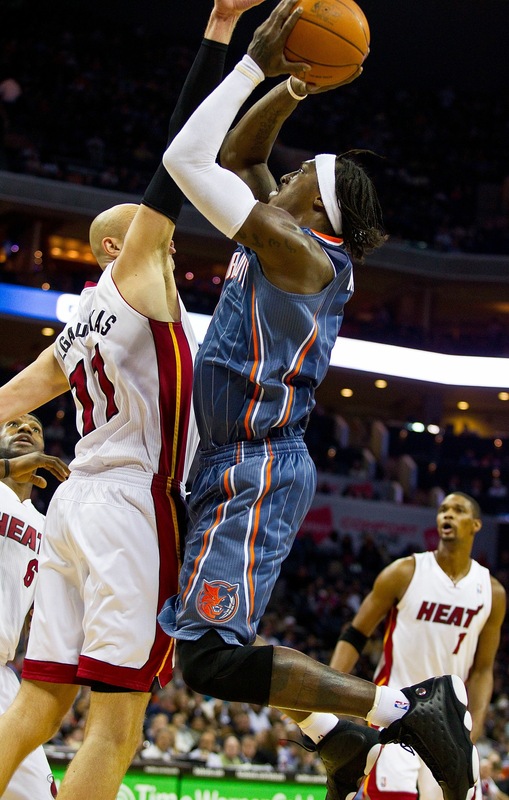 Let’s hope we can remove him from the milk carton now. (Photo by Brian A. Westerholt/Getty Images)

CHARLOTTE, NC – FEBRUARY 04: Gerald Wallace #3 of the Charlotte Bobcats shoots over Zydrunas Ilgauskus #11 of the Miami Heat at the Time Warner Cable Arena on February 4, 2011 in Charlotte, North Carolina. The Heat defeated the Bobcats 109-97. NOTE TO USER: User expressly acknowledges and agrees that, by downloading and or using this Photograph, user is consenting to the terms and conditions of the Getty Images License Agreement. (Photo by Brian A. Westerholt/Getty Images)