Despite reading through loads of articles and blog posts intended to justify last month’s Gerald Wallace trade, I haven’t been able to shake my emotional “gut” reaction about the whole thing. I’m still a little sick that it happened, and pretty disheartened by the way it all went down.

Gerald Wallace was the reason I got into the NBA. Yeah – I really liked the Hornets when I was a kid, but I didn’t really watch any pro or college ball through most of my later teenage years. After college, I moved back to the Charlotte area to take a job with an employer that happened to have great seats to the expansion Bobcats (at the old Coliseum building). I didn’t really know a thing about the state of the NBA, and I couldn’t have cared less. Emeka Okafor was billed as the top draw for the Charlotte Bobcats, but it was definitely more fun to watch Gerald Wallace. It became evident to me that the Bobcats were horrible, but they had a seriously entertaining player in Wallace. So, I was hooked pretty quickly and consider Crash to be the reason why I watched the Cats (leading to my unhealthy NBA obsession).

On Friday night, Gerald is set to step on the court at Time Warner Cable Arena for the first time as a visitor. I’ve got to be there to see it, however odd it may feel. Surely, other fans will show up ready to recognize Crash with their support. But that will likely be most of the noise generated by the home crowd during the game. The remaining Bobcats aren’t much to cheer about these days, and the Trailblazers are absolutely stacked (both Wallace and Brandon Roy are listed as reserves for Portland). Gerald has spoken to reporters and made it absolutely clear about how much he had wanted to stay in Charlotte. The Queen City has never had a player so loyal, yet the Bobcats leadership chose to ship Crash to the Northwest and live with the consequences.

I know that there are plenty of explanations of why Charlotte wanted to make that move, but it kind of feels like a load of excuses. When someone does something wrong, you always hear a bunch of excuses to justify it. Clearly, the Bobcats are not a better team without Gerald Wallace. Nor are they a more entertaining team without him. As a fan, watching the Cats without Crash just doesn’t feel right. Seeing Gerald enter the game, wearing the red and black of the Blazers, on Friday night will feel absolutely bizarre for me.

News Observer : Gerald Wallace says Charlotte Bobcats stabbed him in the back

Also, I was doing research online today, and this ad graphic happened to pop up on one of the sites I hit. 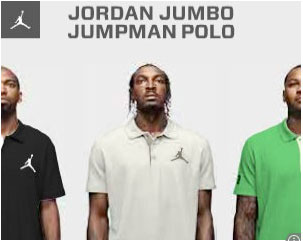 3 thoughts on “Gerald Wallace Returns To Charlotte With A Grudge”