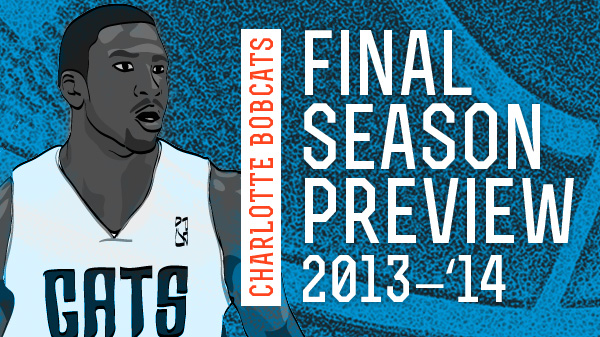 Prediction One: Biyombo Is No Bust

We’ve caught a glimpse of it in the preseason: the uber-raw teen Draft idol from the Congo has started to put a few things together in his third year. Bismack is making clean catches on passes he would’ve fumbled last season and is rebounding at a near Vucevic-ian rate. Those of us panicked at Biyombo’s sophomore regression can finally breath a sigh of relief. It seems the big fella’s work ethic combined with Coaches Clifford & Ewing’s steamlined directives (rebound, defend and the rest will come) have propelled #biznation from third world to “developing world” status. Biyombo may not start many games this season with Al Jefferson in the mix but by the end of Biyombo’s rookie deal, Charlotte may have themselves the next Samuel Dalembert.*
*which is a big upgrade from last year’s “the next Mouhamed Saer-Sene”

Indiana’s “Mr. Basketball” is just that: a pure basketball player with an outstanding feel for the game. As a rookie on a team with at least three legit NBA scorers (Jefferson, Kemba Walker, Gerald Henderson), Cody will instinctively do what’s best to make the offense flow; putting his teammates in a better position to score. Great news for the Bobcats’ offense but bad news for Cody’s Rookie of the Year chances. Averaging a 10ppg/6rpg/4apg line won’t turn many heads. In fact, don’t be surprised to hear a lot of “we want Cody to be more aggressive” pleas from Clifford & Co. midway through the season. Meanwhile, Cleveland’s Anthony Bennett, Orlando’s Victor Oladipo and Sacramento’s Ben McLemore will all likely be in “shoot first, ask questions later” mode from the opening tip. All-Rookie 1st Team for Cody? Sure. ROY? Not feeling it.

Dear Kemba,
You probably won’t believe this but there are actually a few dudes on your team worth passing the ball to this year! I know, I know. I couldn’t believe it either but then I did some fact checking and it turns out that it’s true. Even better, one of these dudes is a Top 3 low post scorer in the league who demands double teams 24/7/365! Remember that one guy with the weird name, comically long arms and the brother named Billy? Yeah, even he learned how to catch the ball this offseason. Wild, I know. So the good news is that you won’t have to play 1 on 5 on offense anymore. The bad news is that you’ve basically spent the first two years of your pro career learning how to play 1 on 5. Bobcats fans can count the number of successful pick and rolls you’ve executed on Rufus Lynx‘s hands and feet. I know it’s going to be a bit of an adjustment early on but I bet that if anyone can make the transition from Iverson to Isiah, it’ll be you Kemba.
Sincerely,
-ASChin

Ramon Sessions led all NBA bench players last season in free throw attempts and makes despite missing 21 games. That’s kind of insane. If you haven’t heard, free throws and threes are basically extra points, thus extremely valuable to an efficient NBA offense. Ramon is also an outstanding pick and roll player and an improved defender. Last year’s Walker/Sessions combo was the East’s unheralded answer to Ty Lawson/Andre Miller and Steph Curry/Jarrett Jack. Don’t listen to the “Clifford doesn’t want to go small” noise. Sessions will get just as much run this season; he’s simply too good to be kept on the pine.

Prediction Five: MKG will be Benched or Traded

The Bobcats spacing issues are very real. Sure, Walker will shoot from deep in certain situations, as will Henderson but it’s not their first inclination to do so. Zeller’s just now getting comfortable shooting from mid-range consistently and Josh McRoberts’ career 31% mark won’t keep many defenders up at night. This means Charlotte desperately needs double-team punishing, knock-down shooting to come from the Small Forward spot. Unfortunately, the guy currently holding down the starting job might be the worst jump shooter in the league.

I’m no MKG hater. On the right team, with the right system, Kidd-Gilchrist could potentially transform into a game-changing defender and slasher. But the Bobcats are doing him no service surrounding him with non-shooters at this stage of his career. One solution is to insert last year’s 2nd Round pick, Jeff Taylor (34% 3FG), into the starting five, allowing Kidd-Gilchrist to play with a stronger shooting 2nd Unit backcourt (Sessions/Ben Gordon). Eventually, once his shot improves, the team could ease Gilchrist back into the starting five.

I’ve said it before, MKG is the wing-version of Derrick Favors. Utah used a slow and steady development approach on an equally raw, athletically gifted prospect and are now reaping the rewards. They didn’t throw him into the fire to pickup bad habits and have his confidence broken.
But would the Bobcats’ front office be willing to take the inevitable PR hit that comes with benching a former number two overall pick? Would MKG’s young psyche be able to handle the demotion?
If the organization doesn’t like the answers to these questions, they may look to trade MKG while he still has the upside sheen. A combination of MKG, draft picks and Gordon’s expiring would likely net an All-Star if one were to hit the trading block. For the benefit of both the player and organization, this may be the best solution overall.