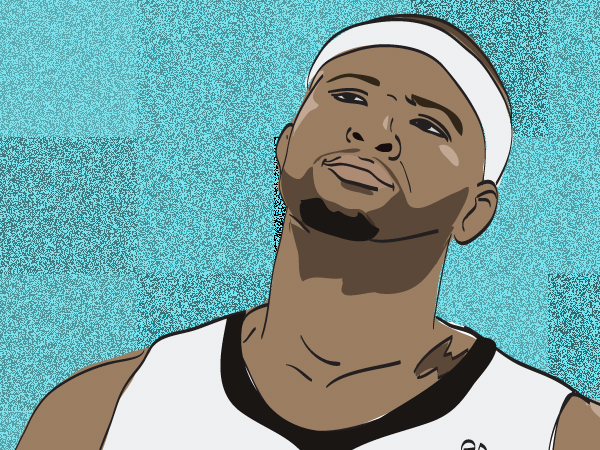 Baseliners A.S. Chin and Ben Weinrib discuss the PROS and CONS of betting the franchise on Boogie Cousins.

BEN: It’s that time of the year again. We’re approaching the NBA Draft, which means rumors are starting to fly about which troubled young stars might be on the move. Sacramento’s DeMarcus Cousins’ name has been popping up a lot lately, although there have been just as many reports saying the Kings don’t want to move him. But trade talk is fun, so let’s continue with the hypotheticals!

The Bobcats’ package for Boogie (wow, what a nickname) would certainly be centered around the #4 pick in the draft. With four first-round picks in the next two years, Charlotte has the chips to get a trade done, but the Kings’ asking price is surely going to be steep. At what point is GM Rich Cho giving up too much for the moody free agent-to-be?

ASCHIN: Don’t believe the reverse-hype. If there’s an offer out there good enough, Sacramento will make the move. The Kings organization is starting over from the top down (owner, GM, coach) and would certainly welcome the opportunity to shed Boogie and his antics for the right price. I’m guessing a combination of this year’s #4 pick, Bismack Biyombo and the future Top 14 protected Portland pick is the MINIMUM it will take to get the deal done pre-Draft.

BEN: I’ll start by saying this: I am a HUGE DeMarcus Cousins fan. It’s almost creepy how much I like him. But the money is a bit concerning. He has one year left before he will assuredly get a max contract, which means he will cost $63.3 million over five years. That’s pretty fair value for a guy who averages 18 and 10, but the #4 pick gives tremendous value. Drafting a big man (Anthony Bennett or Alex Len) will only cost $16.8 million over four years. That comes down to $4.2 million for the draft pick and about $12.6 million for Cousins. Bennett or Len may eventually put up similar numbers and they’ll cost one third as much. Using some advanced math–bare with me here–that gives Charlotte $8.4 million extra to spend. There’s a lot a team can do with that extra money. They could sign a Charlie Villanueva, their own John Salmons, or even a Metta World Peace! That’s not even considering they’d be giving up essentially two more first-rounders. Isn’t there something to be said about financial flexibility?

ASCHIN: First off, how dare you neglect to mention everyone’s favorite $8 million man, Tyrus Thomas. Second, I’m having an extremely difficult time recalling anybody in that “above-mid-level-sub-max” range worth the money. Thanks to the past couple of CBAs, the league has been further stratified into the haves and have-nots. Today’s ideal cap situation consists of two to three “stars” making near max money, a couple of mid-level guys and a bunch of rookies and veterans on minimum deals. Demarcus has a chance to blossom into an elite center thanks to his ability to operate in the high and low post (see Duncan, the Gasols, Bosh) and as of right now, he’s probably the best chance Charlotte has at acquiring a star because A.) the team’s hasn’t exactly perfected the art of Drafting and B.) Free Agent stars won’t come to Charlotte without other stars or potential stars on the roster (see David West in Indy). So in my mind, you have to make the bold trade and hope Cousins’ mental problems don’t get in the way of him reaching his potential – price be damned!

BEN: I think you’re starting to convince me, but I still think there’s an issue about the value of the assets. Let’s assume the trade would be Boogie for the #4 pick, Biyombo, and the Portland pick. Houston is rumored to be looking to auction off Thomas Robinson for a future first round pick, so they can fit Dwight Howard under the cap. Charlotte could land a player they nearly took last year on the cheap for that very same Portland pick they would be using to land Cousins. Isn’t the #4 pick, Biyombo, Robinson, and financial flexibility more valuable than Cousins? I understand the need for a star, but just because landing Cousins might be a sound trade doesn’t mean there aren’t better moves out there.

ASCHIN: I don’t think these options are mutually exclusive. It took Houston a couple of years to accumulate its chest of assets – expiring contracts, draft picks and prospects – in order to cash out when a big time prospect became available. Now that the Rockets have James Harden secured as a major building block, they’ll need to reconfigure their cap in order to sign their second star, Dwight Howard (or Chris Paul), this summer. I’m sure that Daryl Morey would love a mid to late round first round pick for Robinson but I think he realizes that in today’s NBA, having a team both absorb $4m+ in annual payroll AND give up a precious first rounder might be asking a little much. I’d bet that T-Rob could be had for as little as a high second rounder – but only for a team under the cap.

Meanwhile, by trading for Boogie this summer, Charlotte basically Xeroxes the Morey playbook, cashing in their assets for a young star (Harden/Cousins), using their cap space to bring in another young frontcourt prospect (Asik/Robinson) and then go into next summer with enough financial flexibility and picks to lure another star should one become available.

Also, thanks again for pitching me all these softballs. I mean, you haven’t even brought up the fact that I’m having Cho spend half his war chest on a (potentially) insane person.

BEN: That’s the thing: I still really really like Cousins. And as crazy as he may be, we’ve seen that crazy can be channeled into results by looking 600 miles west to Memphis and Zach Randolph. But is Cousins really the franchise player Harden is? I think he’d be a great second banana, but they still need a number one type player, and he’s much more volatile than The Beard. Kemba has the ceiling of a number three or two player, and MKG could end up being a number two as well. Could they get that top guy through the draft still? I don’t think they’d still be in the running for Wiggins et all if they have Boogie, Kemba, and MKG. I somehow doubt players will want to come play for the Hornets in free agency, since this city doesn’t have the tax-free allure of Houston, and there wouldn’t be many trade assets left after this deal. Like you said a GM’s job is extremely tough, but do you really want to build your team around a taller Zach Randolph?

ASCHIN: Just for the record, Ben was supposed to be taking the “CON” position on Boogie. Hell, maybe Cousins is such a great prospect that the immaturity and high cost of acquisition can be overlooked. To further your points: I agree that Boogie is probably a second banana. Kemba looks like a solid number three. MKG’s a good glue guy and potentially much more. This is approximately the type of nucleus Indiana had going into the ’11-’12 season. If the Horncats can use some of their cap space and remaining Lottery picks over the next two summers to add an All-Star type ala David West, they could seriously make some Playoff noise. We’re talking about an inside/out offense with some very effective transition guys and coach who’s made his name on getting the very best out of his bigs. Add a veteran free agent big like Paul Millsap to a Walker/Henderson/MKG/Cousins lineup and suddenly you a very intriguing starting five.

2 thoughts on “The Demarcus Debate”