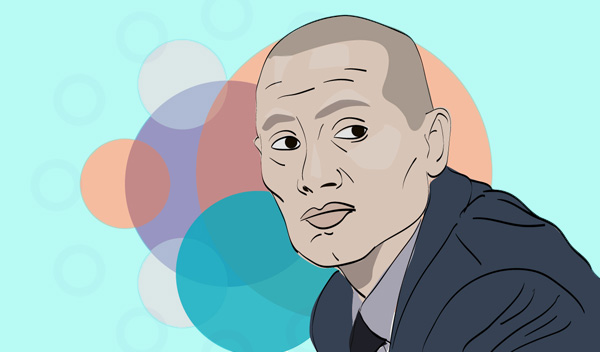 What a stinker this week was for the Bobcats. What an absolute steaming pile of dog doo doo. The team finally returned home after a dismal road trip only to drop a winnable game at home against Southeast Division rival Washington on Tuesday night. They traveled to Minnesota on Friday and get splattered on by a team that they’ve (surprisingly) owned for much of the last decade. The final bit of brown was served the next night in Chicago, a fumbled loss at the hands of a Bulls team that had just traded away its best healthy player.

The Cats currently stand at 15-23, eight games under .500 and out of the Eastern Conference top eight. Here’s the worst part: in the past few seasons, the Lottery provided a safety net for GM Rich Cho’s OKC-styled plan but this year’s pick goes to the Bulls if outside the Top 10 and the Bobcats are just talented enough to make that nightmare a reality. Perhaps more concerning is the fact that even if the Bobcats were to keep their Lottery pick, there is no guarantee Cho would draft a player of any consequence.

How We Got Here

Cho’s four Lottery selections over three years (picks 7, 11, 2 and 4 overall) have yet to land a single All-Star or All Rookie First Team nod. Only one of the players selected (Kemba Walker) has shown any signs of being more than an above average starter. The other three – Bismack Biyombo, Michael Kidd-Gilchrist and Cody Zeller – seem stuck in development limbo, either in the midst of learning hoops essentials or an entirely new position. MKG and Zeller should end up being ok eventually. They have the intangibles and hoops acumen to overcome present day weaknesses and become at least quality NBA players. Biyombo is probably a lost cause – the team basically admitted as much when they debated extending his rookie-scale team option for next season. All in all, Cho’s drafts, given the quality of the picks and talent available, have been disappointing – even more so when you factor in that his entire team building strategy is built around the Lottery. Here we are, years after the dismantling began and the Bobcats are no closer to a perennial All-Star (much less superstar) than they were before.

The post-mortem on Cho’s Draft woes lead to one conclusion: he fails when drafting “projections” of what a player might be versus who they are now. The mentality behind this probably stems from his days with Seattle/OKC – a branch of the Spurs culture (GM Sam Presti arrived via San Antonio) suited for transforming raw specimens into productive assets. The Bobcats had zero experience with this type of development before Cho arrived and Cho only compounded the risk by selecting his prospects in the Lottery versus the late rounds (i.e. Serge Ibaka, Manu Ginobli).

Had San Antonio drafted Biyombo, for example, he would’ve been taken in the late first round, stashed in Europe for a few years and only brought back Stateside once he was ready to contribute (see Tiago Splitter). But the Bobcats couldn’t afford to handle it that way, they were pitching youth and promise while bottoming out — how else could you sell a putrid, seven win team to the fans? Biz was brought over immediately after the team paid millions to his Spanish club via a buyout. Since then, the Cats have invested three seasons, additional millions of dollars in salary, countless training resources and thousands of minutes played in Biyombo and the only positive asset he’s likely to bring via trade is a salary dump. Biz is owed $4 million next season and it would be shocking if another franchise sees him as anything but a backup center at this point.

Here’s a list of notable players drafted after Biyombo:

Realistically, the only player on this list that you could get for Biyombo one for one in a trade is Shumpert and that’s because the Knicks are terrible defensively and are poorly run in general. No way Chicago trades Butler for Biz today, for example, even though Jimmy was selected twenty three spots later. In total, there were at least thirteen more valuable, more productive players chosen after Biyombo, which is not exactly the best way to begin your tenure as a Draft-focused GM.

Projections Not To Be Confused With Reality

Getting back to Cho’s flawed “projections”, look no further than his most successful pick (Kemba) to discover a more reasonable Draft formula:

Now try running through this test with Biyombo:

Yikes. What about Cody:

Now, I’m not saying this is the end all be all of Lottery Drafting Guides but if a player can’t shoot/pass/dribble, how in the heck is he going to be an All-Star? If he doesn’t have one elite skill, how is he going to be an All-Star? You gotta have all three. Look at Boogie Cousins in Sacramento. Elite post game, can do everything but has a terrible attitude that’s held him back. Reggie Evans is an elite rebounder but that’s it. Career role player. CP3 is an elite floor general, does everything and is driven to win. Superstar. Same goes for Damian Lillard.

Klay Thompson was an elite shooter coming into the Draft. He had sound fundamentals and, as the son of a former NBA player, was a big time worker. Not sure why you’d pass on him for a guy who can’t even catch a basketball much less pass/dribble/shoot. Michael Carter Williams was an elite floor general, could pass/dribble (though struggled with his shot somewhat as a freshman – the mechanics weren’t broken) and had the intangibles. There are shades of gray, sure, but as an overall strategy it can lead you to the promised land.

NBA talent evaluation is incredibly difficult – make no mistake – but so is open heart surgery and our society has figured out a way to put the right people in those positions to perform their jobs successfully. Rich Cho has done much more good than bad in his time in Charlotte. He’s wrangled their once wild cap situation, he’s made trades that have brought as much or more to the team than they’ve given up and his eye for low-cost free agents has been exemplary.

The problem is this: if you are going to subject a fanbase to a years-long, historically gruesome tear-down – pacifying them with dreams of young stars acquired through the Draft – then you MUST deliver on that promise. The Bobcats as constructed in 2010 were not going anywhere special but they were certainly not destined for a soul crushing seven win season either. The choice was made, the city and fanbase shouldered the embarrassment and shame and yet the shining young stars are nowhere within sight. Thus far at least, through the lens of Cho’s own lofty strategy, failure is the only grade.