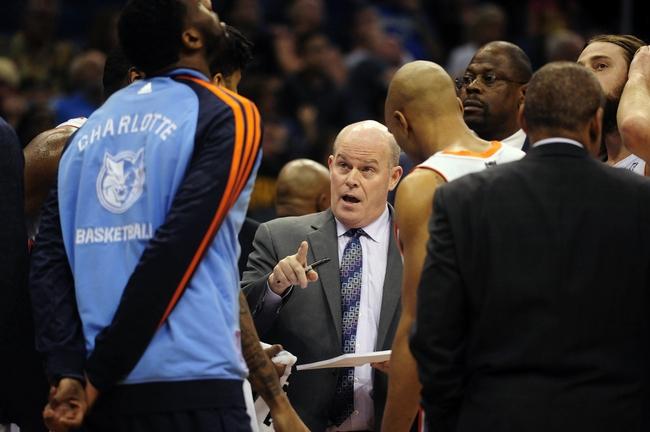 Greg Popovic is an all-time great. Tom Thibodeau is a genius. Jeff Hornacek has done a masterful job. But Steve Clifford is NBA Coach of the Year.

I went back the 1988-89 Season – the first year of the NBA’s late-century expansion boom (Hornets, Heat, T-Wolves, Magic, Raps, Grizz) – looking for a very simple set of criteria:

The ’95-’96 Spurs won 59 games, bottomed out for a year, won the Duncan Lottery and won 56 games in ’97-’98. Not exactly a lame duck franchise. The ’05-’06 Celtics won 33 games, 24 games in ’06-’07 then traded for Hall of Famer Garnett and won the title a year later. Big turnaround but 57 wins over the previous two seasons hardly made them a bottom feeder. My goal was to find a putrid, stinking embarrassment of a team – that somehow managed to make the leap to respectability overnight.

Short answer: Outside of Steve Clifford’s Bobcats, it’s only happened one other time in the past 26 NBA seasons. A few others have come close.

’93-’96 Washington Bullets
Three Season Win Totals: 24, 21, 39
Notes: Webber, ‘Sheed and Juwan made them respectable but couldn’t quite get the Washington Professional Basketball Franchise over the .500 hump.

’10-’13 New Jersey/Brooklyn Nets
Three Season Win Totals: 24, 22*, 49
Three Season SRS: -6.28, -6.37, +1.25
Notes: I’m including the Simple Rating System (point differential) here because of how close the Nets came to qualifying. While a 7.62 SRS swing is a hell of an improvement year on year, the strike shortened 66 game season in Year Two has the Nets 22 win total equivalent to a little over 27 wins in a normal season. The Nets were bad but not quite bad enough.

The Biggest Franchise Turnarounds of the Past 26 Years

’07-’10 Seattle Supersonics/OKC Thunder
Three Season Win Totals: 20, 23, 50
Three Season SRS: -8.04, -6.03, +3.55 SRS
Notes: Doesn’t take a genius to figure this one out. Thunder management went on a Draft frenzy that nabbed the franchise Durant, Westbrook, Harden and Ibaka. By the time Serge and The Beard arrived, the other two were ready to win. The organization saw a 27 game improvement in the standings and a 9.58 swing in SRS. And you wonder why “the Thunder model” has taken the league by storm.

Yes, the bottom of the East has been weak. And yes, Al Jefferson was a key difference maker and should’ve been an All-Star but the team’s other four starters, Kemba Walker, MKG, Gerald Henderson and Josh McRoberts, were starting for Mike Dunlap’s 21 win team a season ago. Gary Neal certainly isn’t adding double digit wins on his own. And while the youngsters have improved, you’d be hard-pressed to find those improvements reflected in places like individual PER or old-school stat columns.

The key difference here is Steve Clifford. His defensive strategy has been fantastic. His professionalism and attention to detail has been fantastic. Given where this team has been for most of their ten years of existence – an absolute laughingstock – Clifford had the steepest mountain to climb, the league’s most difficult challenge. Not only did he succeed, his success produced one of the greatest NBA turnarounds of the past quarter century.

If you have a Coach of the Year ballot, vote Steve Clifford.

**Charlotte has three games remaining and we’ll continue to update the team’s win/SRS numbers until the end of the season.

4 thoughts on “Steve Clifford is Coach of the Year”