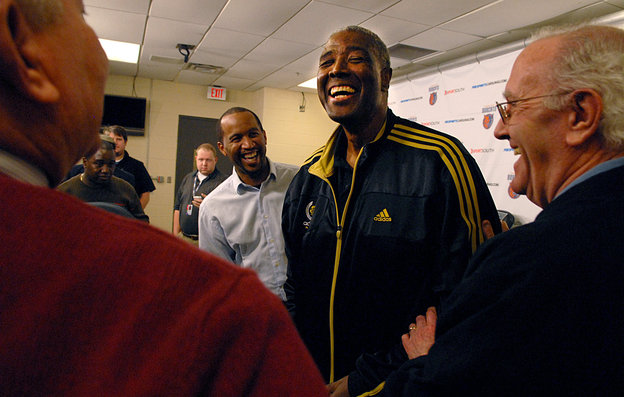 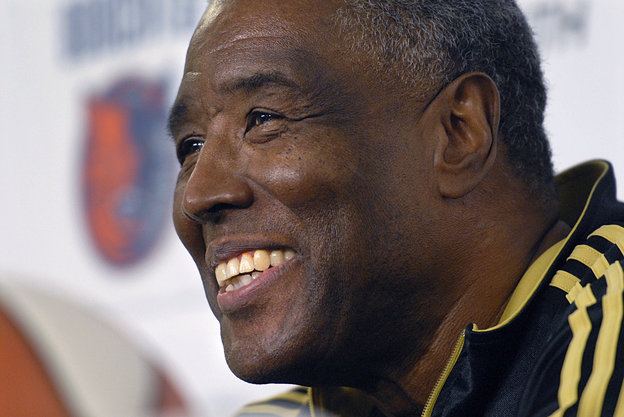 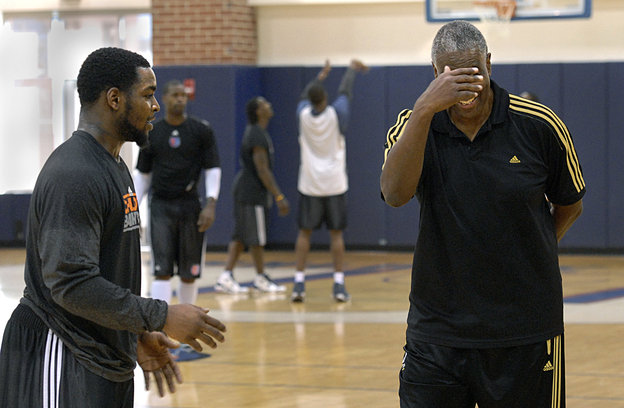 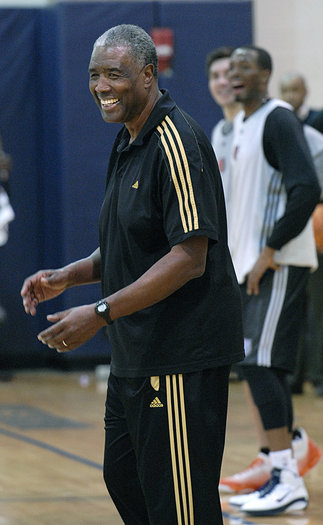 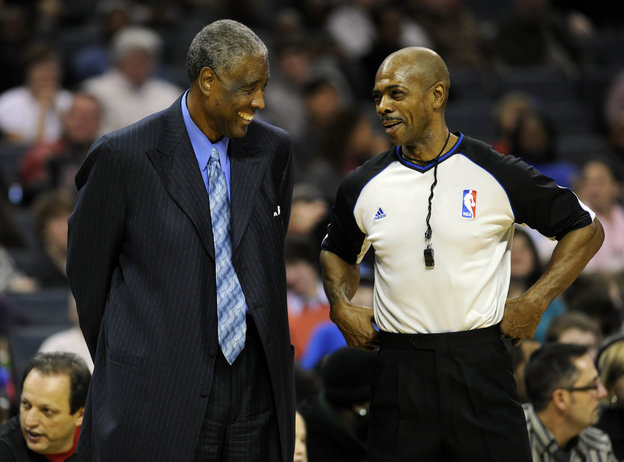 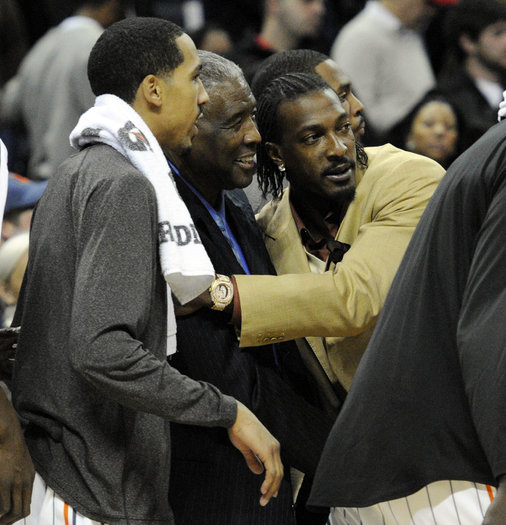 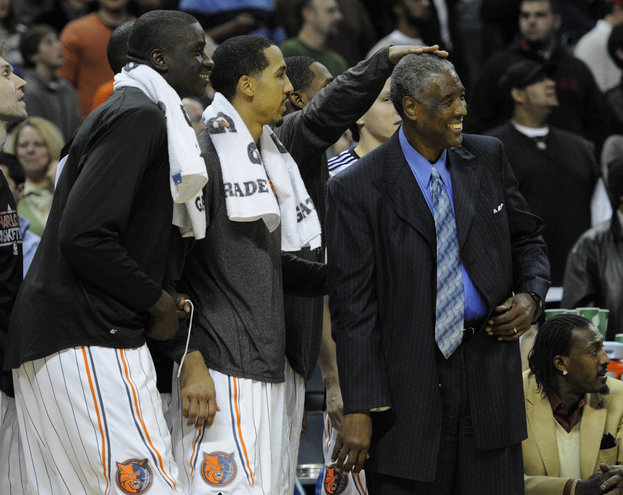 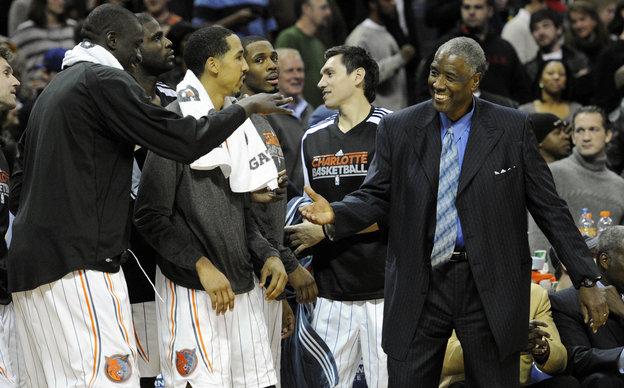 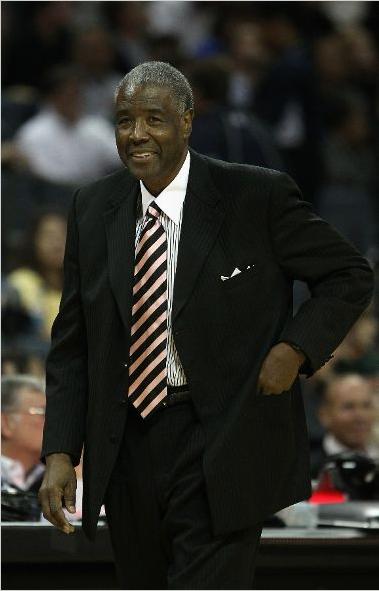 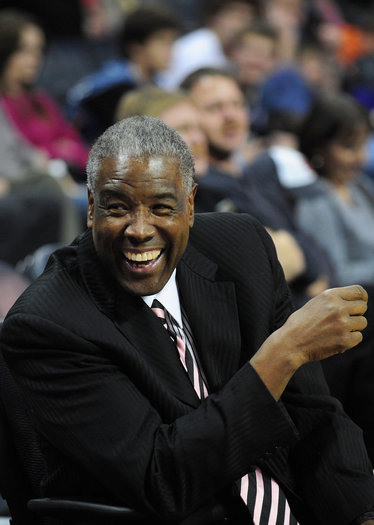 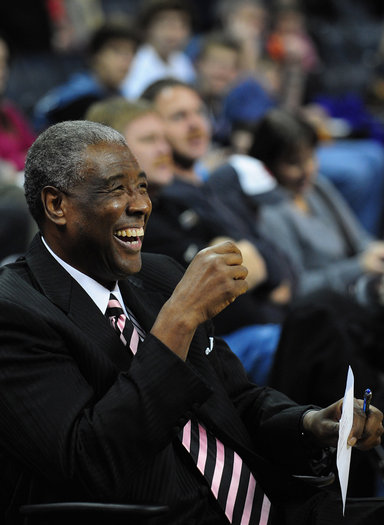 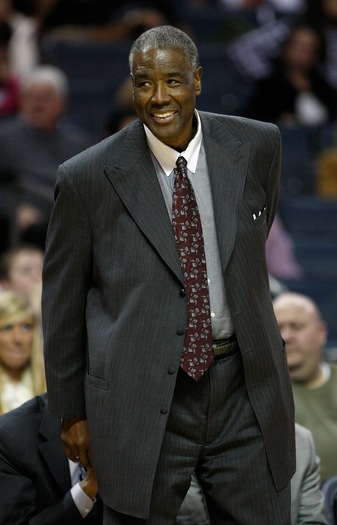 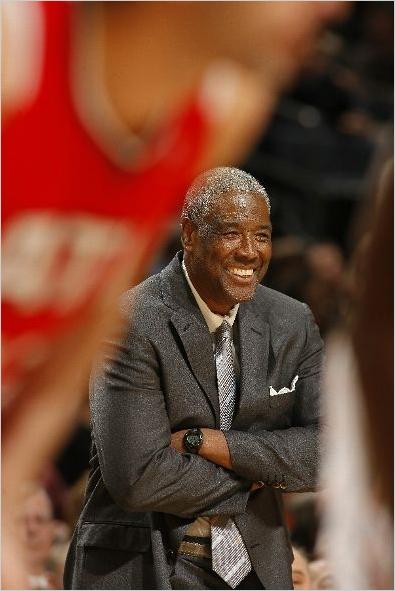 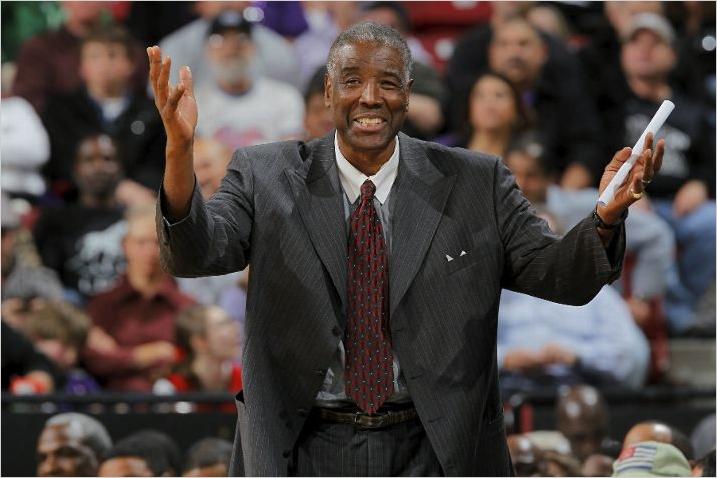 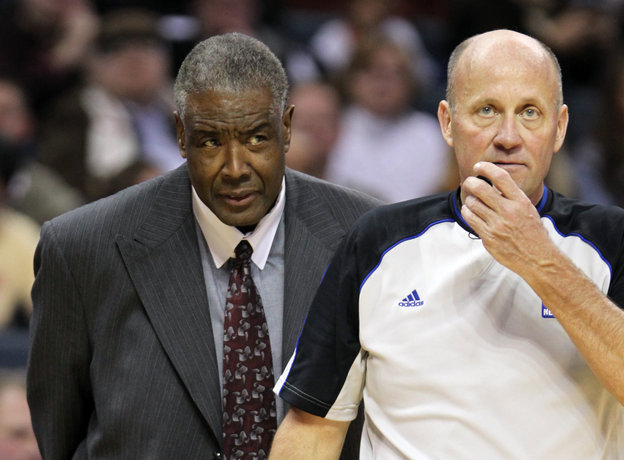 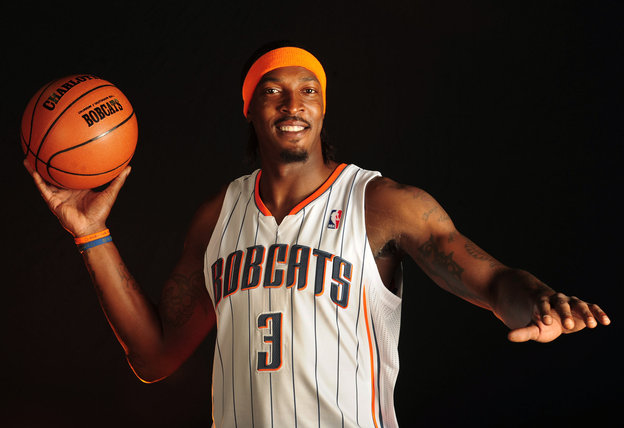 Amidst the death rattle of the complex Carmelo trade (that would have netted us a legit starting point guard), the Bobcats began training camp with Media Day on Monday.

Media Day is a chance for the team to herd all the players together in order to take pictures, film video promos and bumpers for broadcasts, and give the local media ammo for puff pieces.  Maybe ammo isn’t the best choice of words…

Anyways, the best part of Media Day is the often ridiculous pictures that get taken.  The Bobcats official site has a quick gallery of some behind-the-scenes candids that probably deserves its own post (check out #13 featuring an inexplicable Stephen Jackson pose and #14 with an unfortunately chunky-appearing Sherron Collins), but what I’m more interested in are the portraits taken by the Charlotte Observer’s Jeff Siner, available here.

Portraits like these are inherently awkward; there’s a reason we gasp at our old school photos and snicker at others “Glamour Shots”.  The fact that these are grown-ass men in tank tops just makes it all the more awkward. 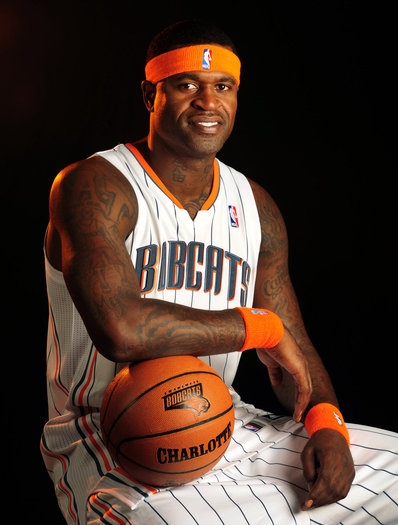 Stephen Jackson:  Again, nothing to snark at here, except for that souvenir ball from the team store.  Would it have killed them to use a game ball?  Also, note the not-so-subtle change to the collars on the jersey this year (compare to last years in the website banner above).  I’m guessing the all-orange is supposed to “pop” more or something like that. 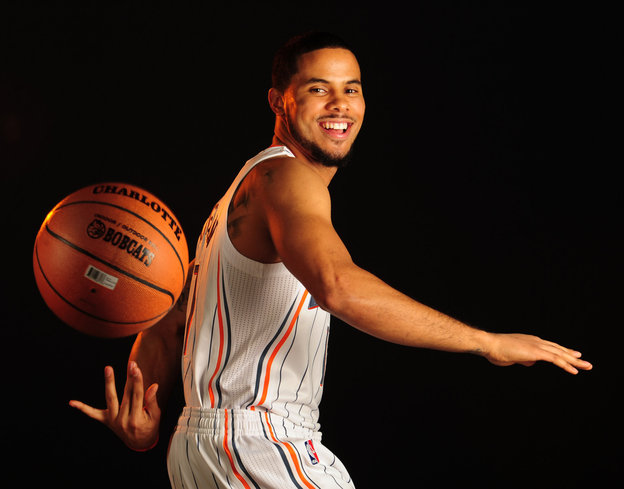 DJ Augustin:  The likely starter at point guard gets the old “gimme a smile and a circus pass” treatment.  Probably also had to add “the trade fell through, you’re still the starter!” to get that smile.  Again, that ball — the UPC barcode is a nice touch.  Also a good look at the side vents showing the new material being used in NBA jerseys this year (click here for more on that). 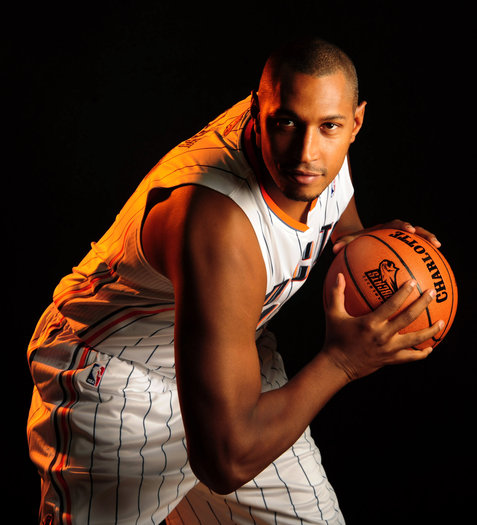 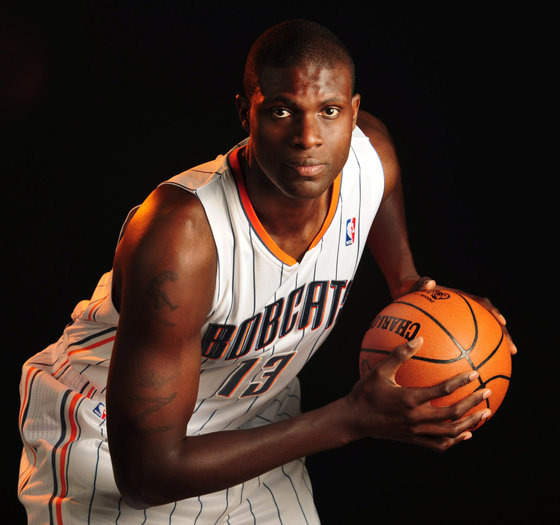 Nazr Mohammed:  Last year, Nazr morphed into a surprisingly competent solution at the 5 for the Bobcats.  This year, he’s apparently morphing into Lt. Worf.  Seriously, Naz, what’s going on with the forehead there? 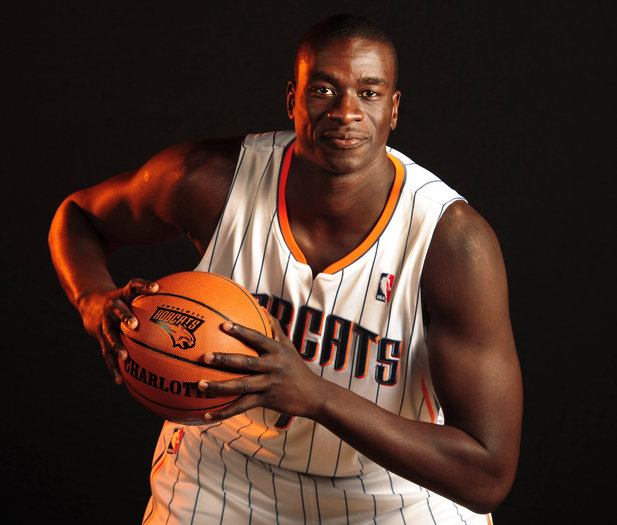 Gana Diop:  Borrows the generic “big man pose” from Nazr, adds the orange mood lighting, and unsurprisingly managing to come off looking way more goofy.  Did we ever decide if Gana is Joey Crawford’s Avatar? 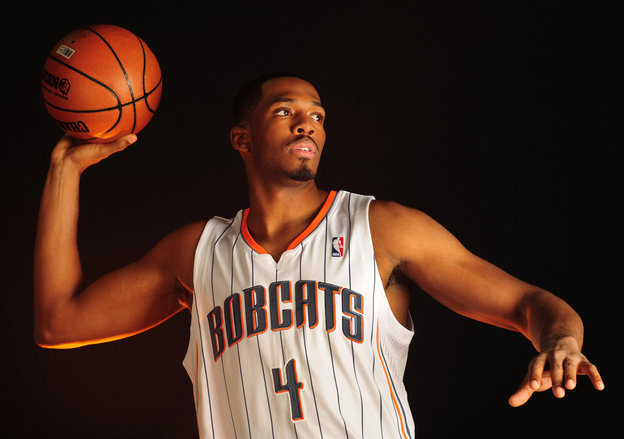 Derrick Brown:  Looks like he’s posing for a football card.  Could probably give the Panthers a lift at QB, come to think of it. 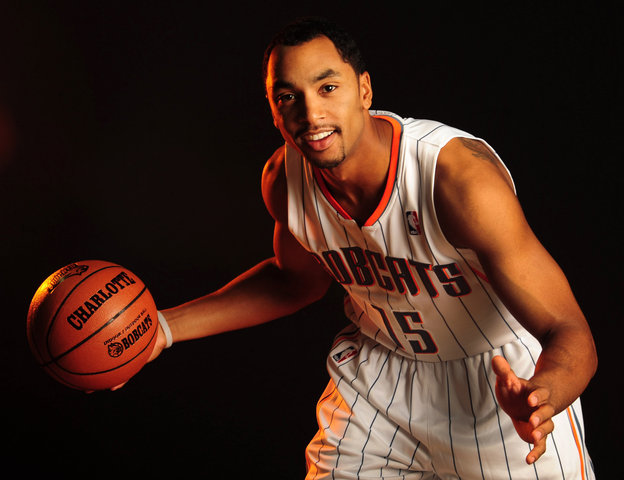 Gerald Henderson:  Looks way too nice here.  Really needs to pose (and play) with an edge this year.  Maybe should have gone with Blue Steel. 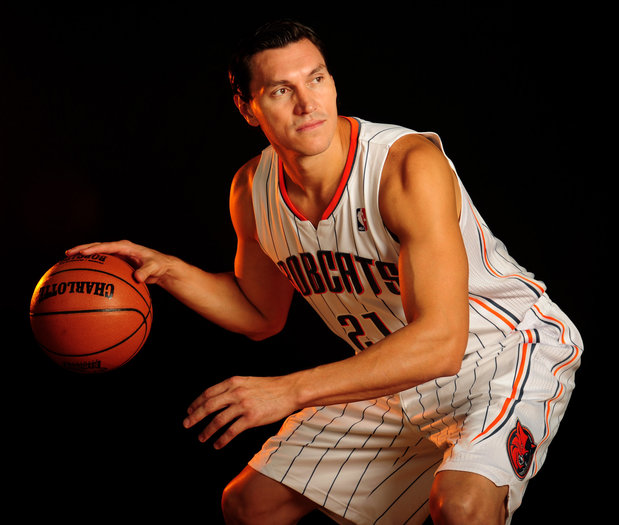 Eduardo Najera:  Is anyone else getting a “Mexican Don Draper” vibe here?  Love the throwback dribbling posture — go get the ball out of the peach basket now. 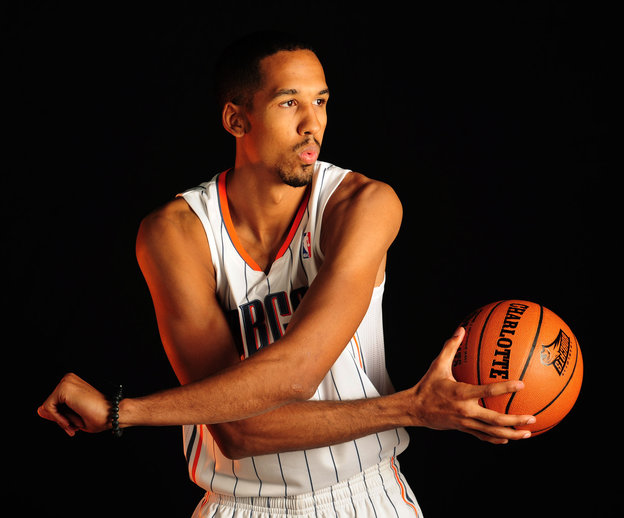 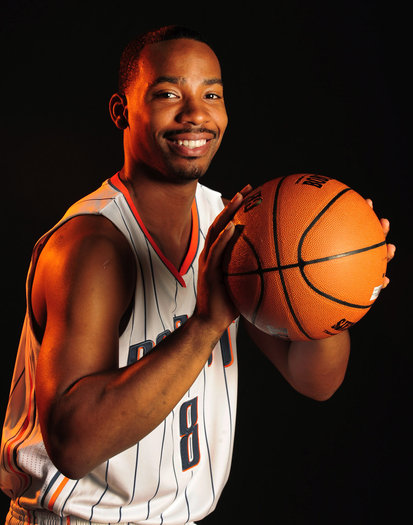 Javaris Crittendon:  If I was Jeff Siner, I would have printed out a couple of different pictures for Javaris, then placed them on a chair by his locker with a note that said “Pick One.”  I’m sure he’d think it was funny. 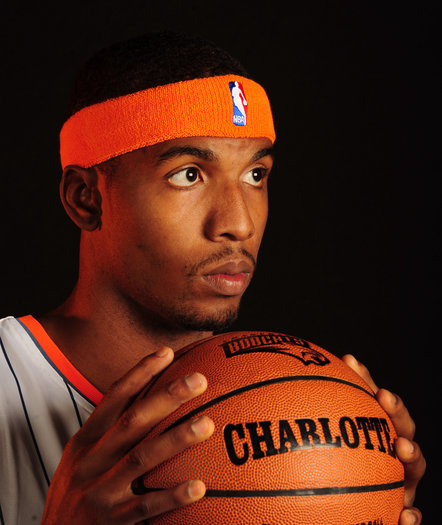 Tyrus Thomas:  I saved the best for last.  I love this photo — no joke.  Perfectly captures the potential that Thomas has.  Reminds me a bit of the famous 40 Year Old Virgin movie poster, with the innocence.  Now Tyrus the dude is no innocent — he’s had his share of professional indiscretions.  But his game is kinda raw and innocent.  Let’s hope he is as earnest as he appears to be in this picture when it comes to reaching his potential as a player this year.

Again, check out the full gallery of Jeff Siner’s photos at the Charlotte Observer’s website.